solve the mess that is wall plugs, voltages and connectors that never fit your project by introducing yet another standard

In February makefu took the chance to give the audience of the shackspace thundertalks a short introduction about the project.

The whole presentation was no longer than 10 minutes but it was a lot of fun. 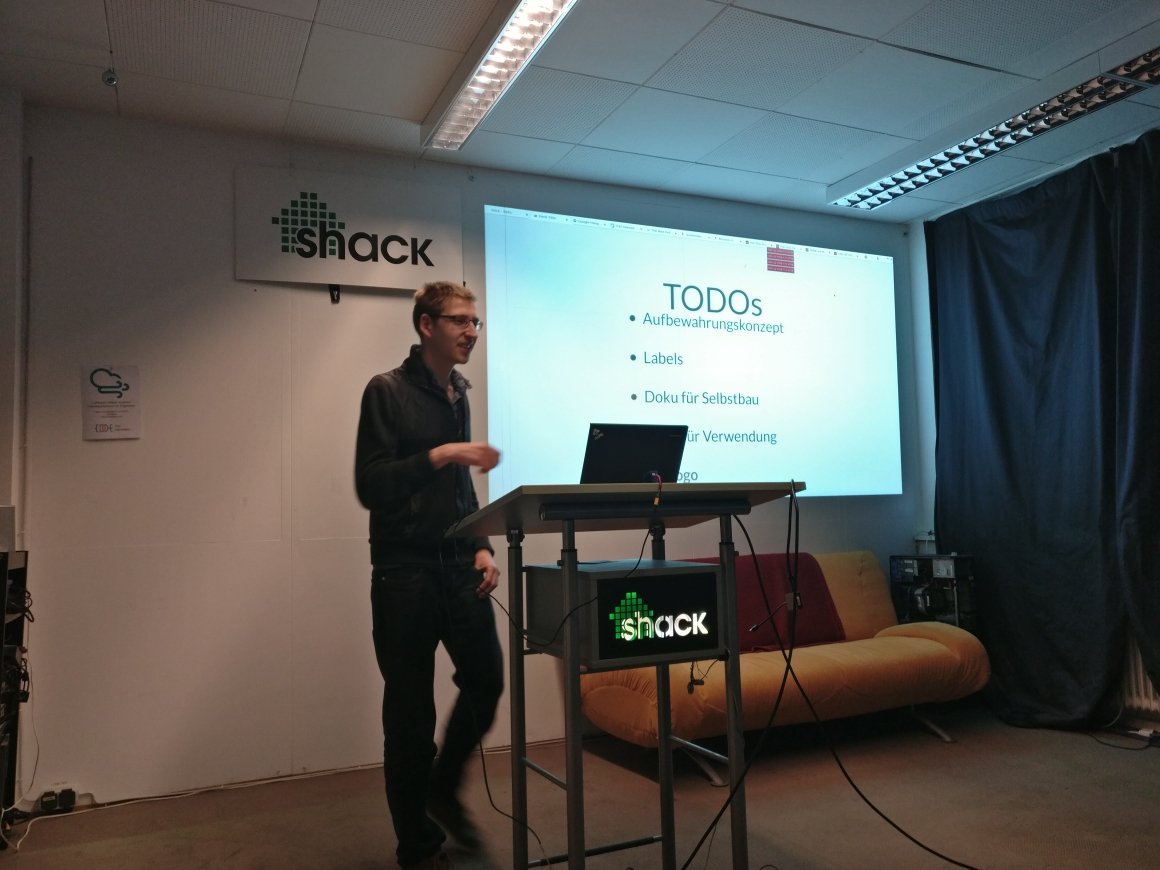 The slides can be viewed at https://shackspace.github.io/shackStandard/shack-standard_thundertalk-2017-02-18.html

After the thundertalks the hacker swim took action to also build a gender changer to charge his e-bike but somewhat failed in a fantastic way. Besides changing the gender, he also switched the polarity of the sources! Attaching two power sources with this ingenious device will result in a nice spark and possibly the release of some magic smoke.

Of course this device was tested once because not swim or makefu checked it :D before usage. The new "gender changer of doom" now hangs prestigious left of the shack-standard shelve. 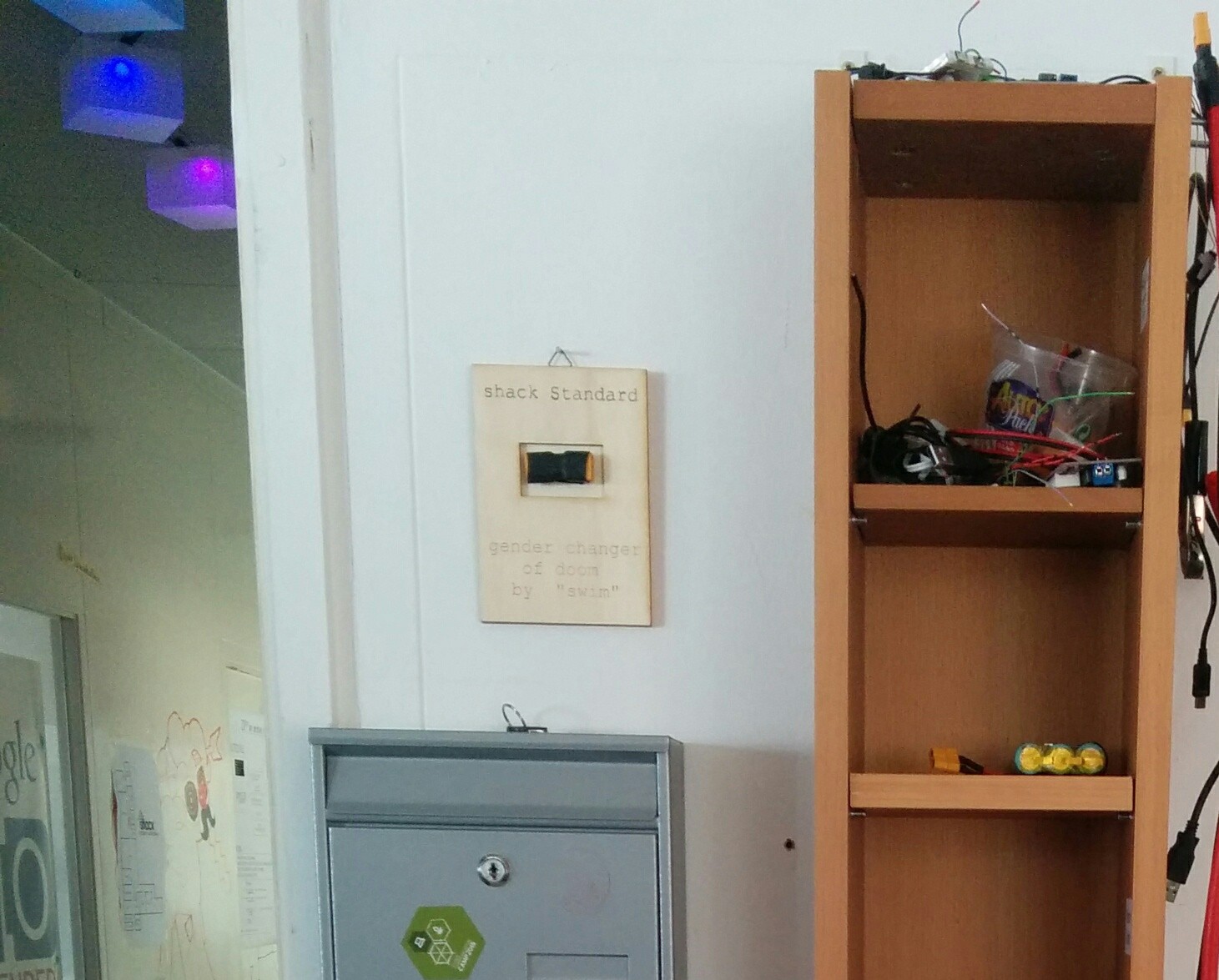 Cases and Label for DC converter