I figured I'd start small - I haven't used 0603 LEDs before, so I ordered some cheap ones off ebay and designed this board: 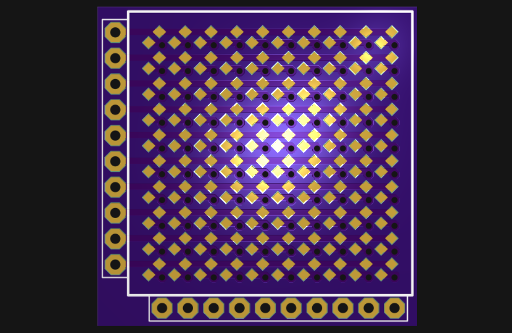 The LEDs are on a 100 mil grid, which makes the connectors easier. I probably should have used smaller vias, but at least I tented them, which should help avoid shorts. In the next iteration, I'll shrink the vias a little.

The display is 10x10, which will allow me to re-create the original circuit as a first step. I have some 74HC4017's which are a definite improvement over the original CD4017 and even some LM3914's kicking around. I won't bother with any of the analog front end, and will probably just drive the clock and analog inputs from a 2-channel bench DDS generator to see some waveforms on the LEDs.