OpenTrap is intended as a tool to aid those working to help animals while controlling the stray/feral animal population.

While the initial intent of this project was, and still is, helping to control the population of feral and stray cats, the possums under my deck have proven helpful in testing the system. I've been hoping to trap the Mom and Baby possum together so I can relocate them without separating them. Looking at trap data logs from when I left the trap out acquiring data all night, I always got the impression that only one or the other was in there, never both.

I rigged a Raspberry Pi with a camera and set the trap's Aux Out to automatically trigger the Pi's camera if anything greater than 1" tall was detected inside the trap. The script on the Pi limits pics to 1/minute. With this system I got many pics of the baby possum, but only one of Mom when she walked by the outside of the trap and I happened to manually trigger the shutter release from the remote. The Baby is still pretty tiny (that's a 6" diameter plate, to put it in perspective) and I don't feel good about trapping it and relocating it without its Mom...I think I'll just live with them under the deck for a while and stay out of their affairs until the little one gets a bit bigger. I don't want the little one to become dependent on plates of cat food every night anyway.

Anyway, this log is as much about sharing baby animal pictures as it is about the technology, but the tech is definitely coming along and I hope that the Pi camera setup is going to prove fruitful. I might try to rig a Pi NOIR camera to the trap so I can leave it without lights in the yard and see what I see. 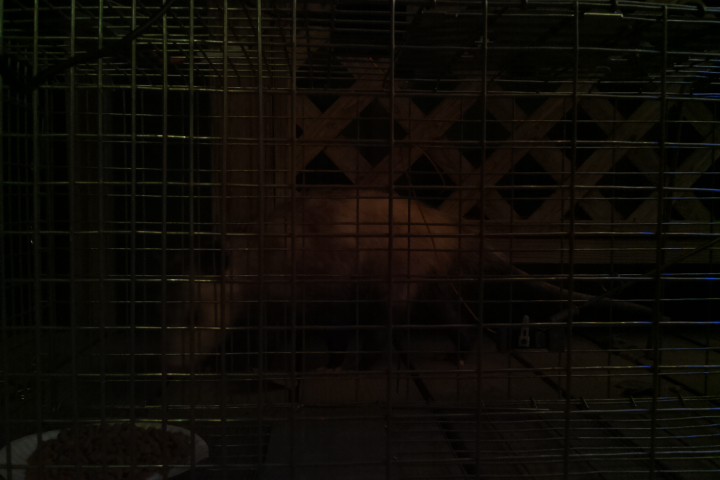 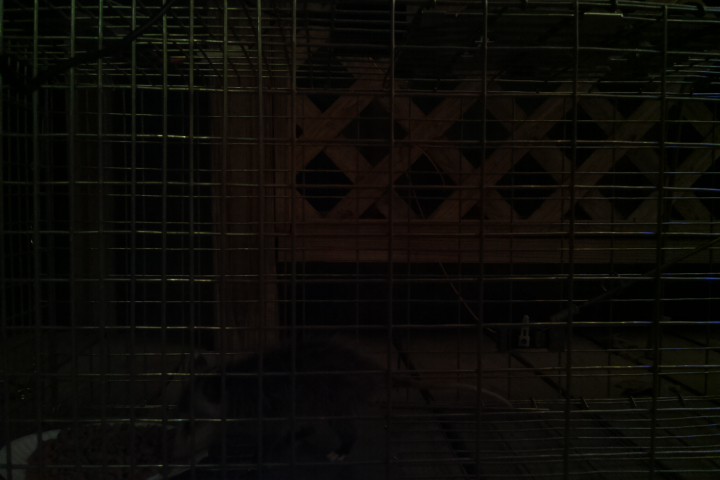