Design and build a gorgeous, peaceful mantlepiece clock with a hidden mechanism.

Somewhere between my original idea for the clock, thinking I would never ever be able to build it myself, then one day realising it was just the excuse I needed to justify buying a 3D printer, and the fun I'm currently having with Fusion 360 and my Prusa Mk 2, I tried building a first prototype in Meccano.  Yes, I still have the Meccano set from my 8th birthday!

I wanted to start from first principles, and that meant building a driving mechanism using the simplest electro-mechanical device I could think of: an electromagnet.  I thought that I could use this to drive the clock mechanism via some sort of ratchet pushing round a gear.  Turns out winding your own electromagnets is a very efficient way of running down batteries.  And it also turns out that someone's already done the job of turning electrical power into movement in a very efficient package: it's call "the motor".

Protoype PC1 used a motor with 300:1 geardown, which almost worked.  In PC2 I tried simple (cheap) motors and building my own gear train (not enough power to drive 3D printed gears).  In PC3 I've decided to try a Stepper motor.  This is going to give me the precise control of rotation that every clock needs (removing the need for the photodetector in PC1).  Plus with the right input pulses it can turn arbitrarily slowly, hopefully allowing it to drive rollers and the discs without needing an additional rubber sleeve to increase friction on the surfaces.

It was relatively easy to get this working with my little ESP8266 Arduino (once I remembered its physical pin labelling is different from that in the program) - just #include "Stepper.h"!  Oh and an L293D motor driver chip helps too, with separate power supply to avoid dropouts to the chip power.

Cool.  Now onto the next step: another new roller design, and how about a new overall clock design to add to the challenge! 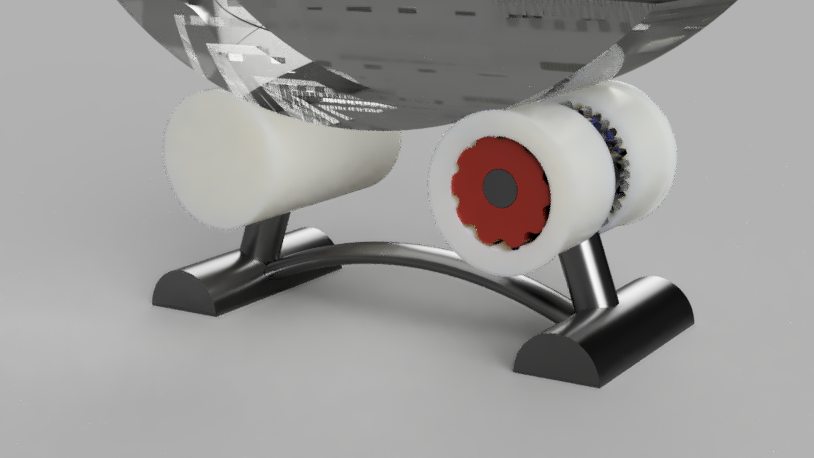