Spent several hours testing the SDRAM adapter board. Haven't had a chance to play with the I2S stereo DAC yet.

I did get the SDRAM to work with my XCORE-200 explorerKIT. However, it's definitely erratic. I'm able to write pseudorandom values to the entire 32 MB, and read them back successfully, but not 100% of the time, more like 90% of the time. My suspicion is that using a rats nest of jumper wires to a breadboard is not adequate with respect to the signal integrity required. But the library works, and I'm satisfied I know how to interface an SDRAM IC to the xCore.

Here are my thoughts on the "reliability" issues. Please note that I'm not complaining about XMOS :). I realize the pictured setup is a completely hacked-up arrangement that is probably way out of spec, and it's probably a miracle I got it to work at all. :P The following thoughts are here just for anyone who is curious or might have some ideas of their own to share.

Perhaps the most nagging issue is that I feel like I should be able to get this to work reliably at a slower speed (say 5 or 10 MHz). Perhaps there are some tweaks that I need to make to the library that I'm not aware of?

So, barring some miraculous insight that I'm yet to have, I'll probably end up designing a new (4-layer) board that incorporates both the SDRAM IC and an XMOS mcu on the same board, with impedance controlled traces, etc. Definitely a learning experience. 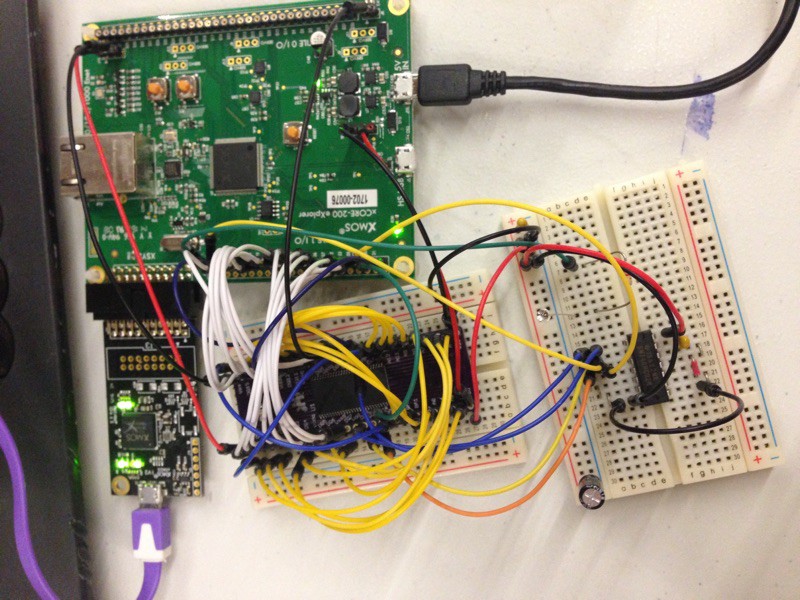 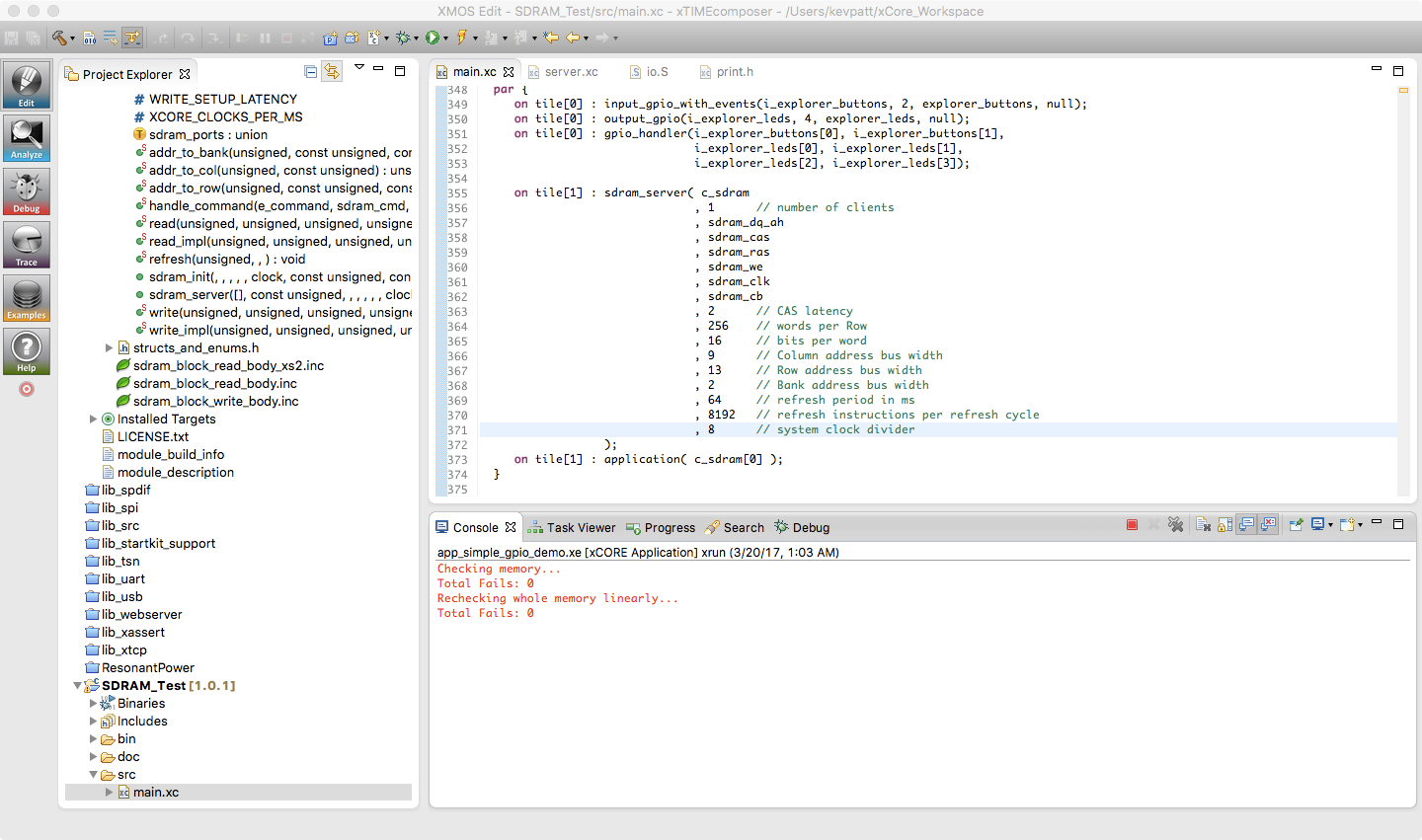 Howdy! Haven't read the details too thoroughly, yet... but you might try using a shielded-cable for the sdram-clock... The other signals aren't so important, since they all change *opposite* the clock, but when they all change it can be coupled into the clock-line, unless it's shielded. I've had good luck with the cables that lead to internal wifi antennas, also some higher-quality between-board video cables from VCRs.