This week's lamp is called "helixMetal1" and is a first experiment with spirals and helixes. This lamp continues the material exploration of bent aluminum bar, wood base, flexible WWA WS2812 LED strip and my simple LED driver board. 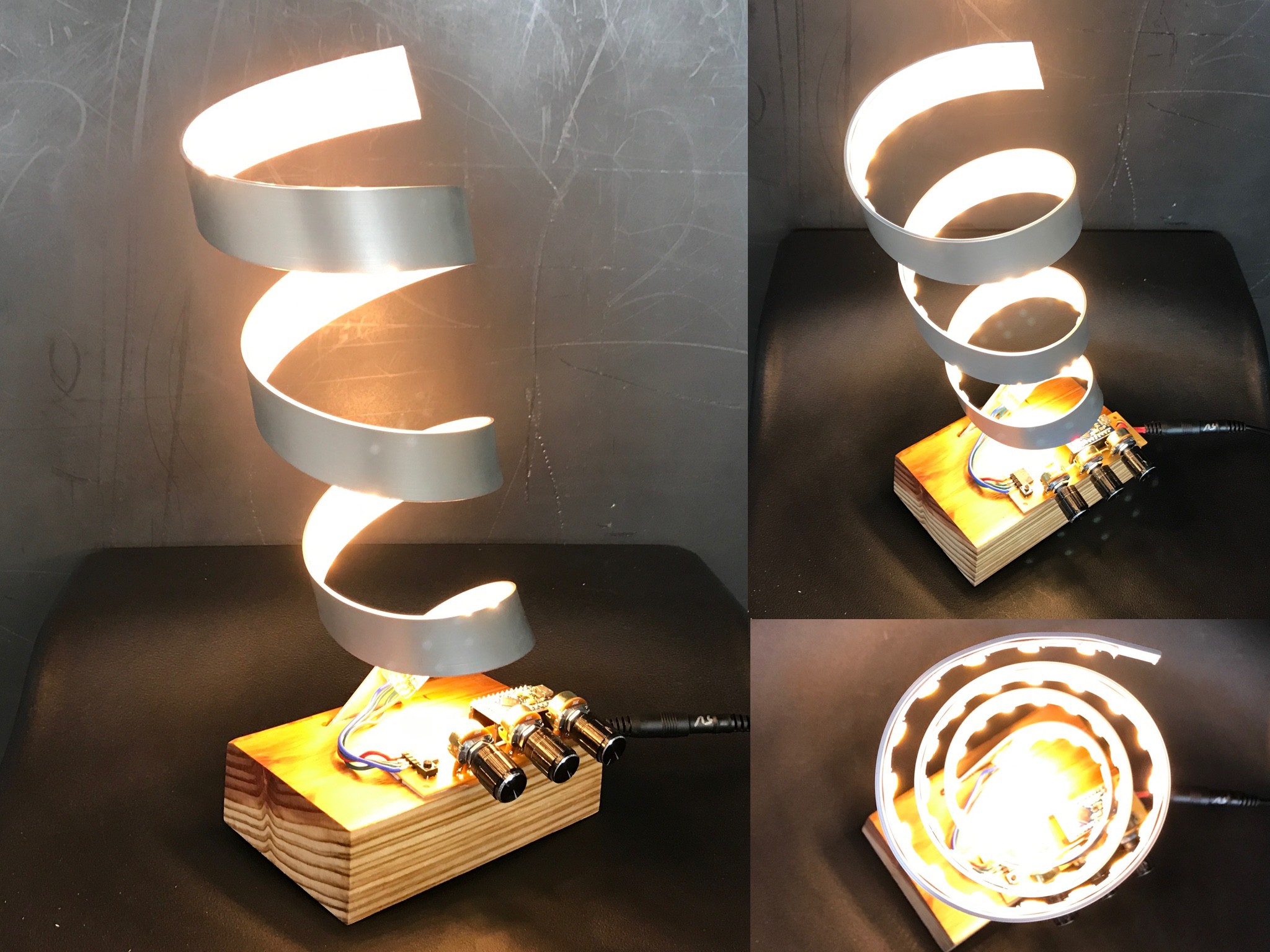 Here's a small video showing it in action:

As you can see, this lamp is comparatively small. It's probably one of the smallest I'm going to create. It could handily work as a desk lamp, but I generally am thinking larger and want to build a few floor lamps after this. Structurally, this lamp is exploring the tightest radius possible with these standard LED strips. I think 75mm diameter radius is about as small as you should go.

This prototype has three potentiometer knobs to play with the capabilities of the lamp. Those knobs control:

Like previous prototypes, the electronics are purposefully exposed. I initially was a bit embarrassed by this but now I'm kind of liking the aesthetic. My original intention was to hide the electronics but maybe they get enclosed in something clear? (Maybe potted in clear resin even?)

This lamp also does not show any diffusion experiments. Next week is documentation for that. I have some potentially promising results and an interesting new idea. Stay tuned for that.

Some of the challenges I have been facing while working on these lamps:

New lamp driver board: all pots