The CPU used in this project is the Intel Pentium w/MMX Technology, clocked at 200MHz internally with a 66MHz bus speed. It uses an eclectic 2.8V input voltage, which was strikingly high for the era. It's the most capable CPU for gaming by far for this build. A 233MHz variant exists, but the motherboard does not support it as a possible frequency/multiplier/voltage jumper setting. Despite this, 200MHz is plenty of horsepower, to the point that even most Windows 95-era games (which will not be part of this project) didn't require it. 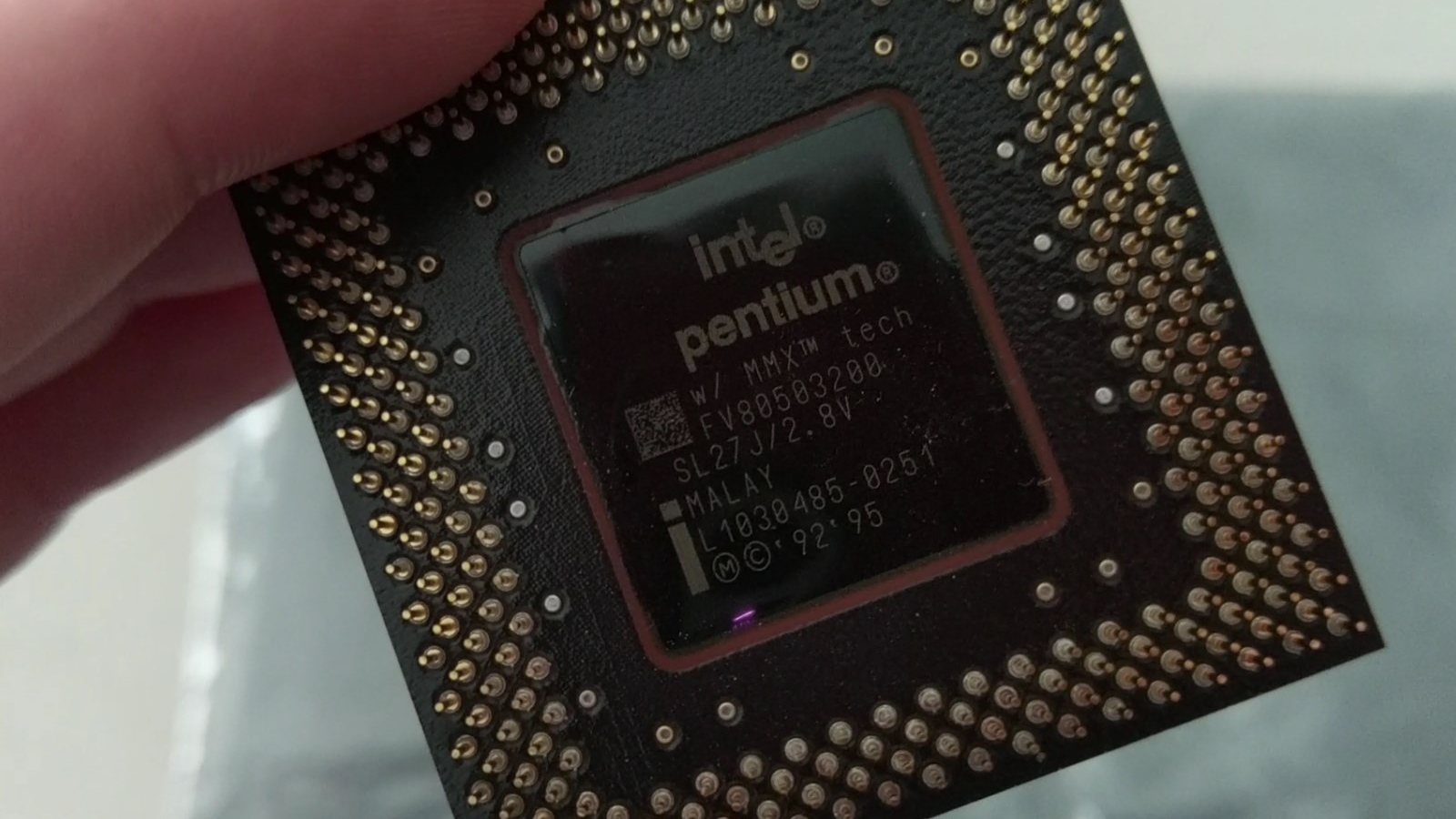 The reason I selected this CPU is a product of what it competed with at the time combined with cost efficacy of finding parts.

In terms of what the competition had, the AMD K5 only boasted clock speeds up to 133MHz, not to mention it being riddled with design issues. Even the later K6, which included MMX instructions as well as the extra 3DNow! instructions, came in time to compete with the Pentium II, which already had it beat in the clock speed and onboard cache department (despite it running hotter than hell). The other competitor was the Cyrix MII, which also boasted clock-speeds up to 233MHz, but had its own share of design issues, not to mention arriving late to market and being forced to compete with the K6 and Pentium II, and later the Celeron to squash the low-cost market. Ultimately, these factors led to the MII being the last Intel 80x86-compatible processor produced by Cyrix.

The other possibility to use would have been a Pentium Pro, but this would require using the oddly narrow Socket 8 form factor (requiring a different motherboard). The Pro suffered from only having a measly 5% increase in power from its predecessor on 16-bit operations. Considering most applications at the time were written for 16-bit operating systems, including those for Windows 95, the Pro was just simply not cost-effective for the era. It did introduce an extra 256KB of L2 cache directly on the die, but due to this being untestable until the CPU die assembly was complete, the cost was driven up further due to manufacturing waste every time a die failed to pass QA.

The Pro also only went up to 200MHz, just like the MMX I ended up selecting, and with only 256K onboard cache (compared to the 512K found on the motherboard I selected), it's really no question as to why the Pro isn't the right choice. 512K and 1024K L2 cache variants exist, but again, price to advantage ratio is not in our favor here.

Finally, combining all of these factors and considering the higher cost and difficulty of finding a socket 8 board, it's difficult to recommend a Pentium Pro for this build.

In summary, the Pro was little more than a brief segue between the MMX and the Pentium II, compounding my decision to stick to the 200MHz Pentium MMX.