I help out a group of people who collect hundreds of boomboxes and use them to throw free public dance parties. I'm responsible for electronic repairs to keep the boomboxes alive. My success rate is very high but some are completely beyond saving. I salvaged the tape decks from a pair of these. I'm counting them as free on the parts list.

Some pictures from a repair day. 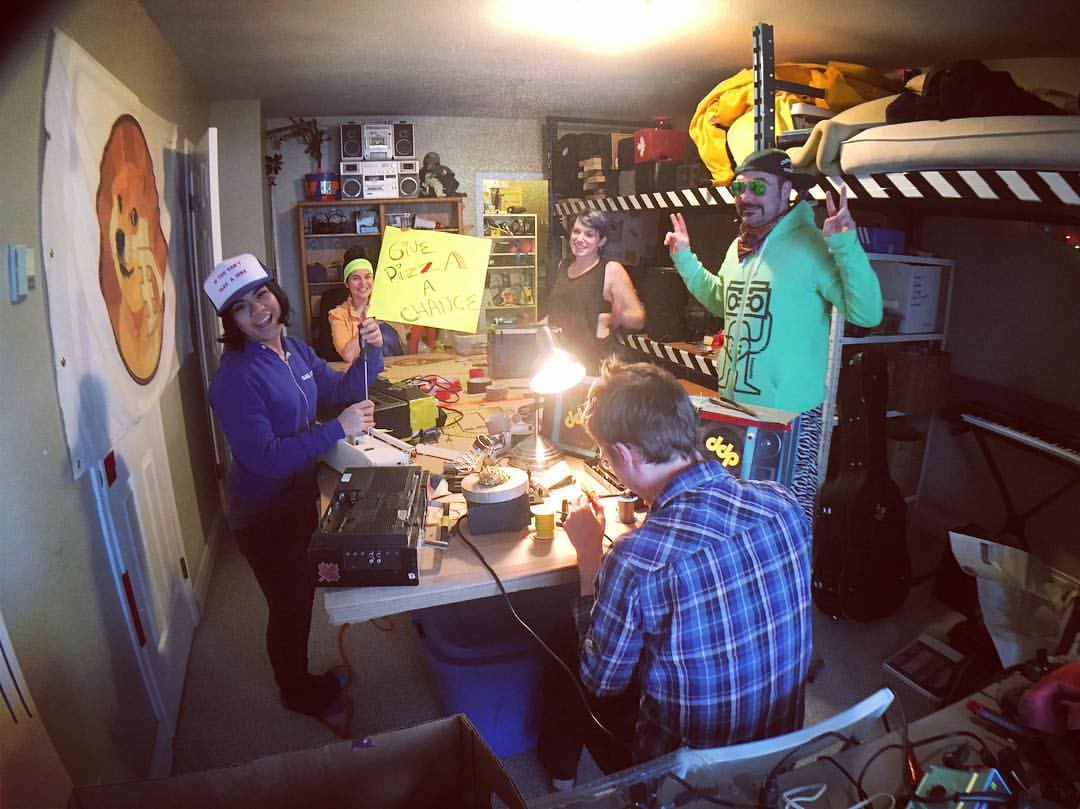 One of the salvaged tape drives. 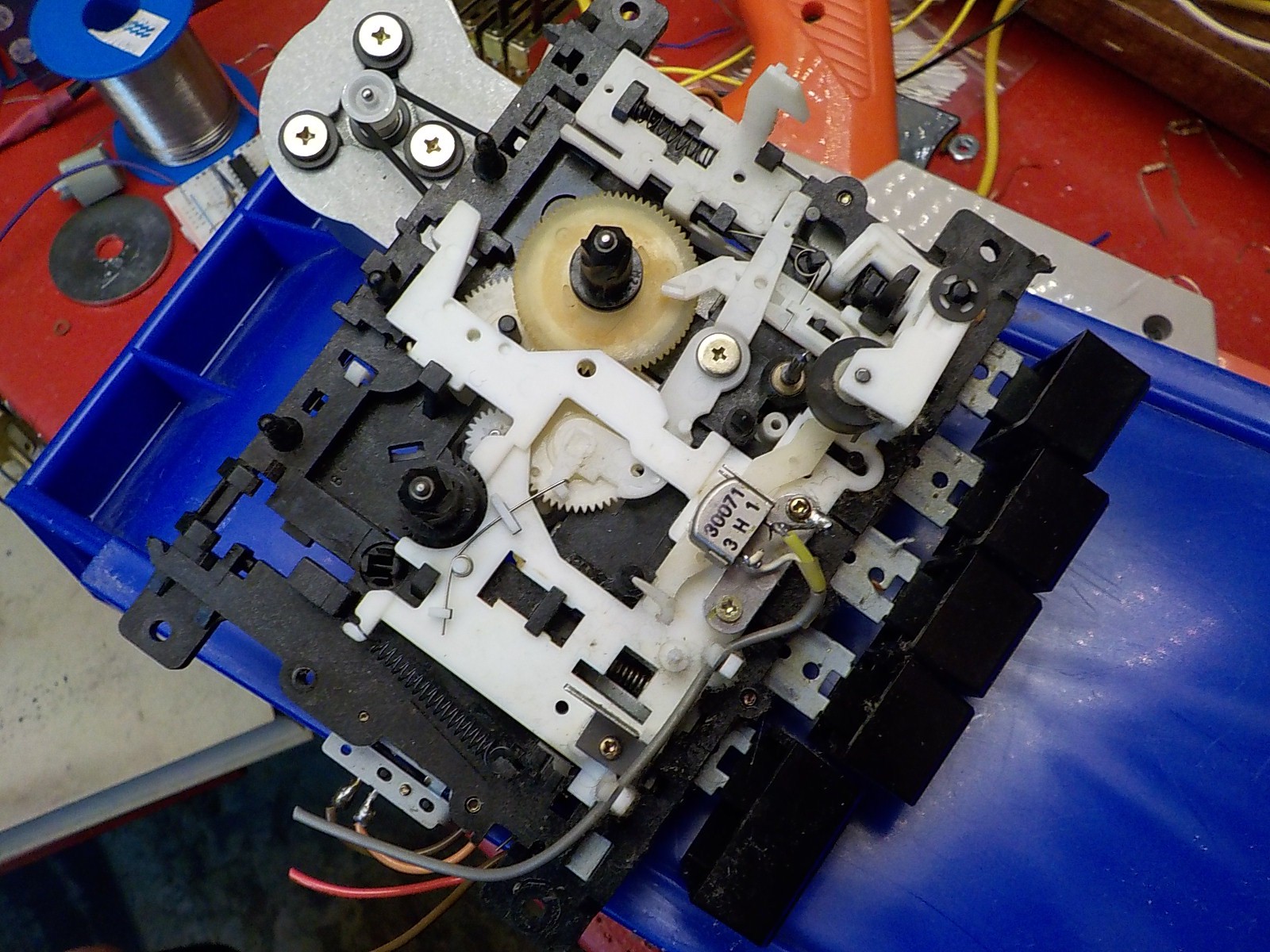 The tape drive mechanisms had some flywheels (heavy metal disks) to provide inertia which stabilizes the rotation speed of the spindles. That's the opposite of what I want so I removed them. This lets the tape speed change with each drum step a lot faster. The tape drives mounted in the case. I need the control buttons to be accessible because tapes are locked in place while the play button is down and I want to be able to change tapes. 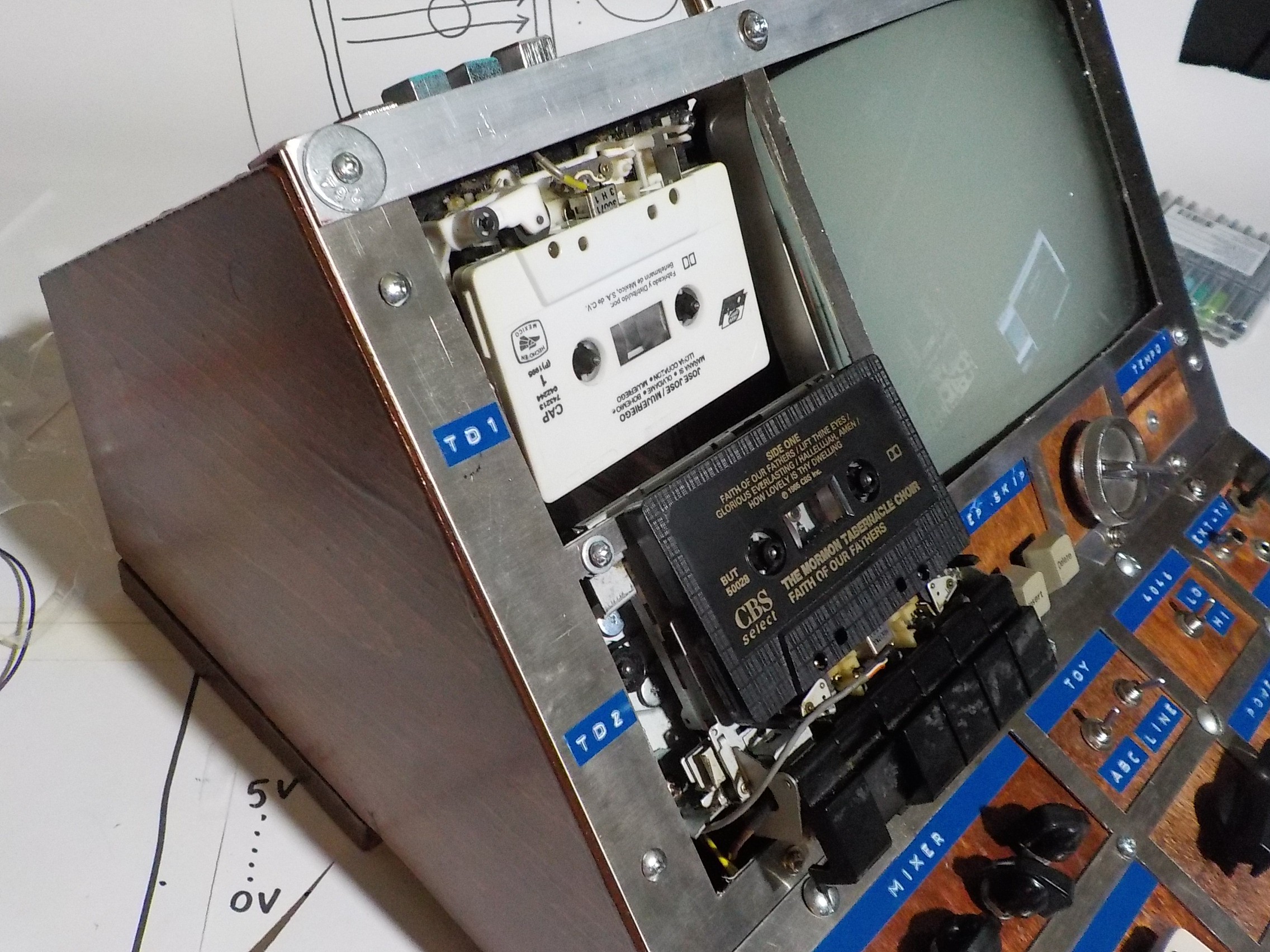 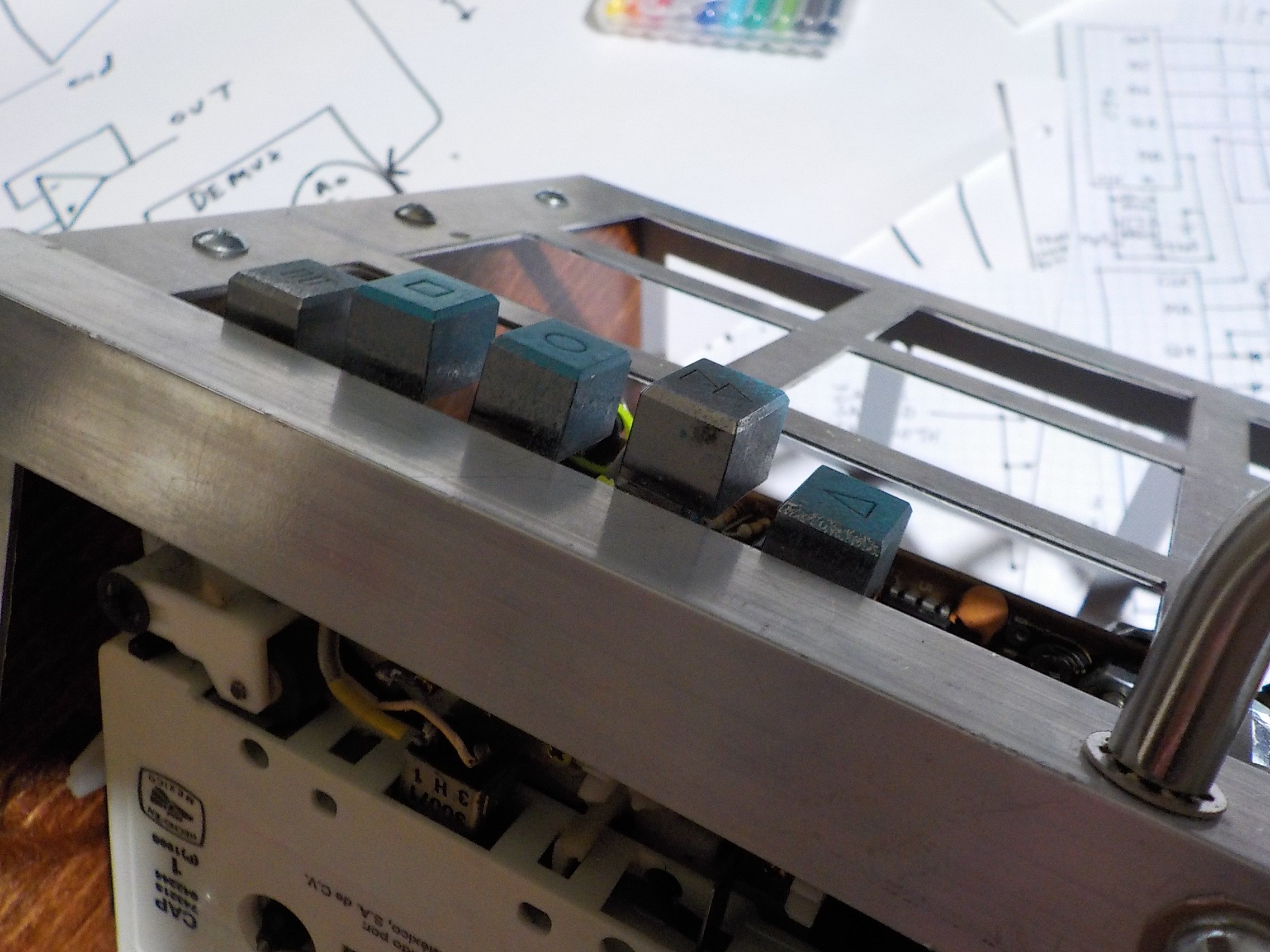 The motors are run with current boost transistors on the audio control output opamps. A tape deck needs a circuit to amplify the signal from the magnetic tape head. I salvaged the boards for this from the boomboxes and Identified the audio output points. Those run to the mixer.

My circuit could make one of the tape deck motors run at normal speed and even a little faster. The other tape deck ran much slower. With the control voltage at 100% it's only going about 40% of normal speed. I believe that motor was intended to run at 12v while the "good" one was meant to run at 4.5v. I could have changed the control voltage circuit to give a 0-9v output or replaced the motor on the slow deck; but I found myself really enjoying the noises it was making. It makes a very deep muffled type of sound; like listening to a heartbeat through a stethescope.

The tapes themselves were either left in boomboxes when they were donated or found in various garbage piles.