Mesh of sensors, zigbee, custom RF, BT, wifi, all to MQTT Gateways on Raspberry Pi with database, dashboard and webapps.

before talking too much about mesh concepts, let's see end results what useful things can we get of this ? 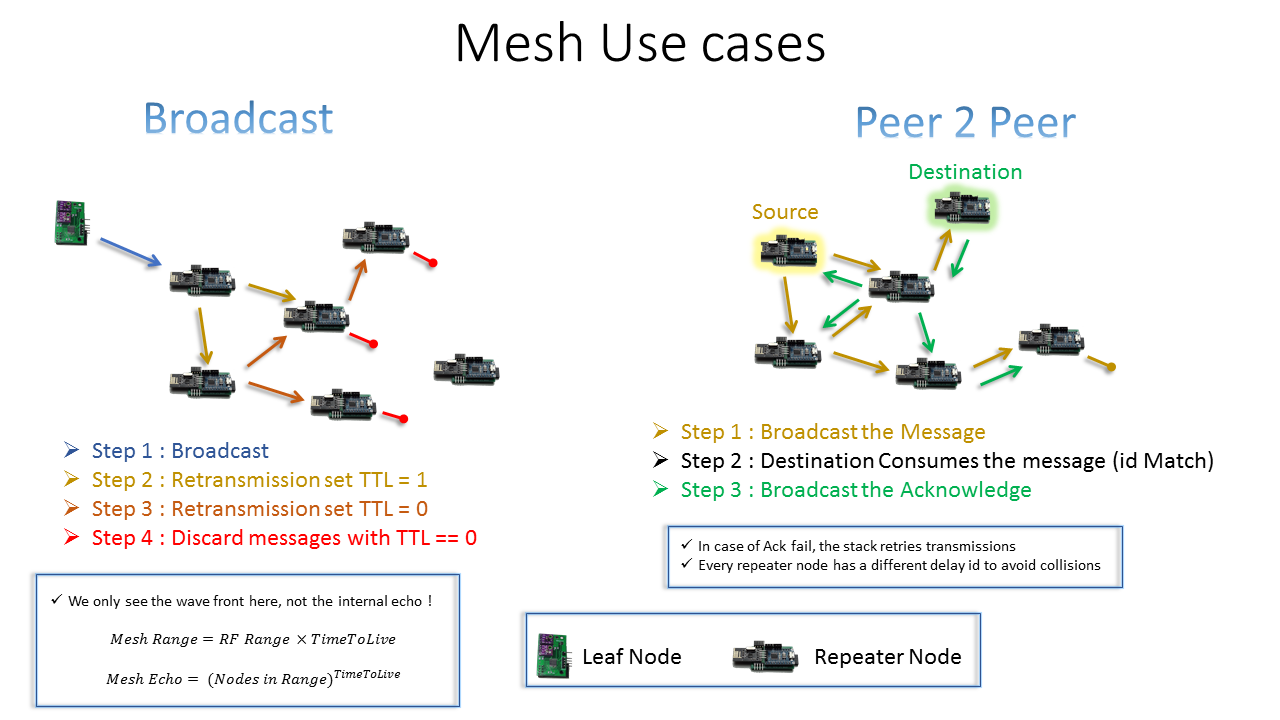 This is a Flood mesh type opposed to routing mesh types.

Leaf Nodes are acting like beacons. They are wireless low power sensors that cannot keep listening, thus the frequent Broadcast for them is strategically a better compromise than a Message to a server. The unpredictable time listening waiting for the acknowledge can allow to re transmit much more frequently with the same power budget. Additionally, these nodes do not need to be configured to know the server Id. 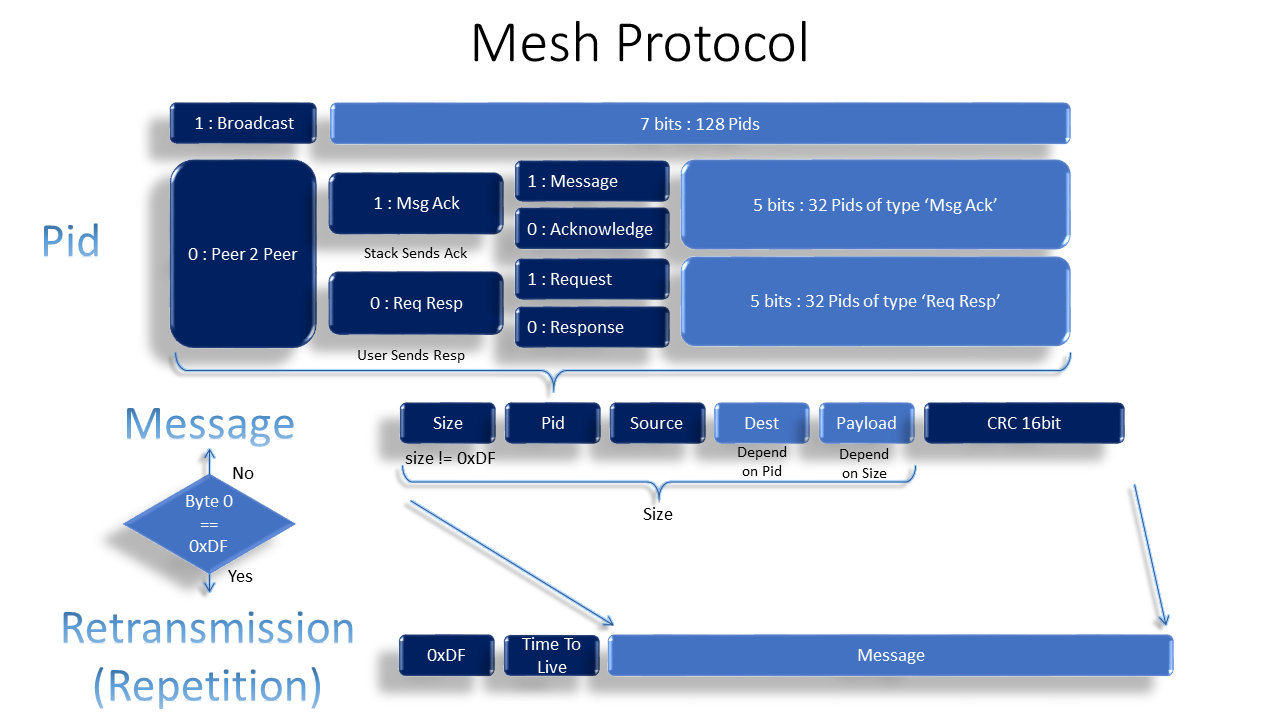 Yet another protocol to for IoT ?