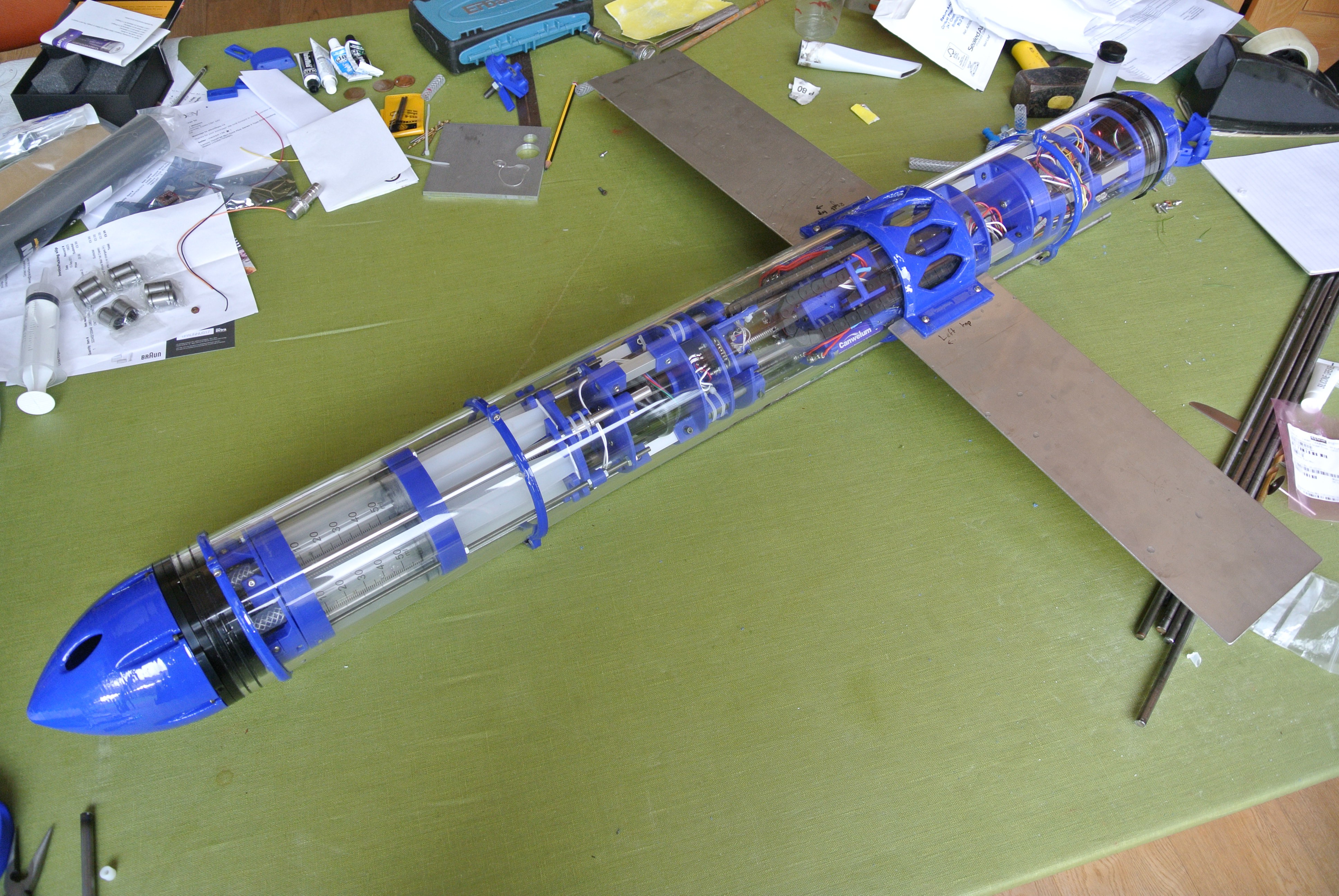 This week I have more or less finished the design of the third generation of the glider. I have printed all of the parts and assembled the glider. A couple of notable design changes include the larger buoyancy engine (390ml vs 150ml), quicker buoyancy engine displacement change (~6 seconds vs ~30 seconds) and various cable management improvements (e.g. pogo pins to connect the electronics of the front/back and cable chains).

Whilst assembling, some of the parts required post processing, so I will work through the Onshape document updating all the parts with the minor changes and bar/wing mounts (I used second generation mounts as this was quicker). I also photographed the majority of the build so will be able to produce detailed build instructions.

A quick video demonstrating the newer glider is below:

This video is a relatively poor representation of the gliding capabilities of the glider currently as it is still changing pitch when it touches the bottom of the pond (if descending) and vice versa, so it could well reach an angle of attack which would cause it to stall, if the water were deeper. A deeper section of water is required to test the newer hardware more thoroughly.

As stated, the components will be updated, but the current hardware set can be found at Onshape and the program that the glider is running during the video is on the GitHub page. 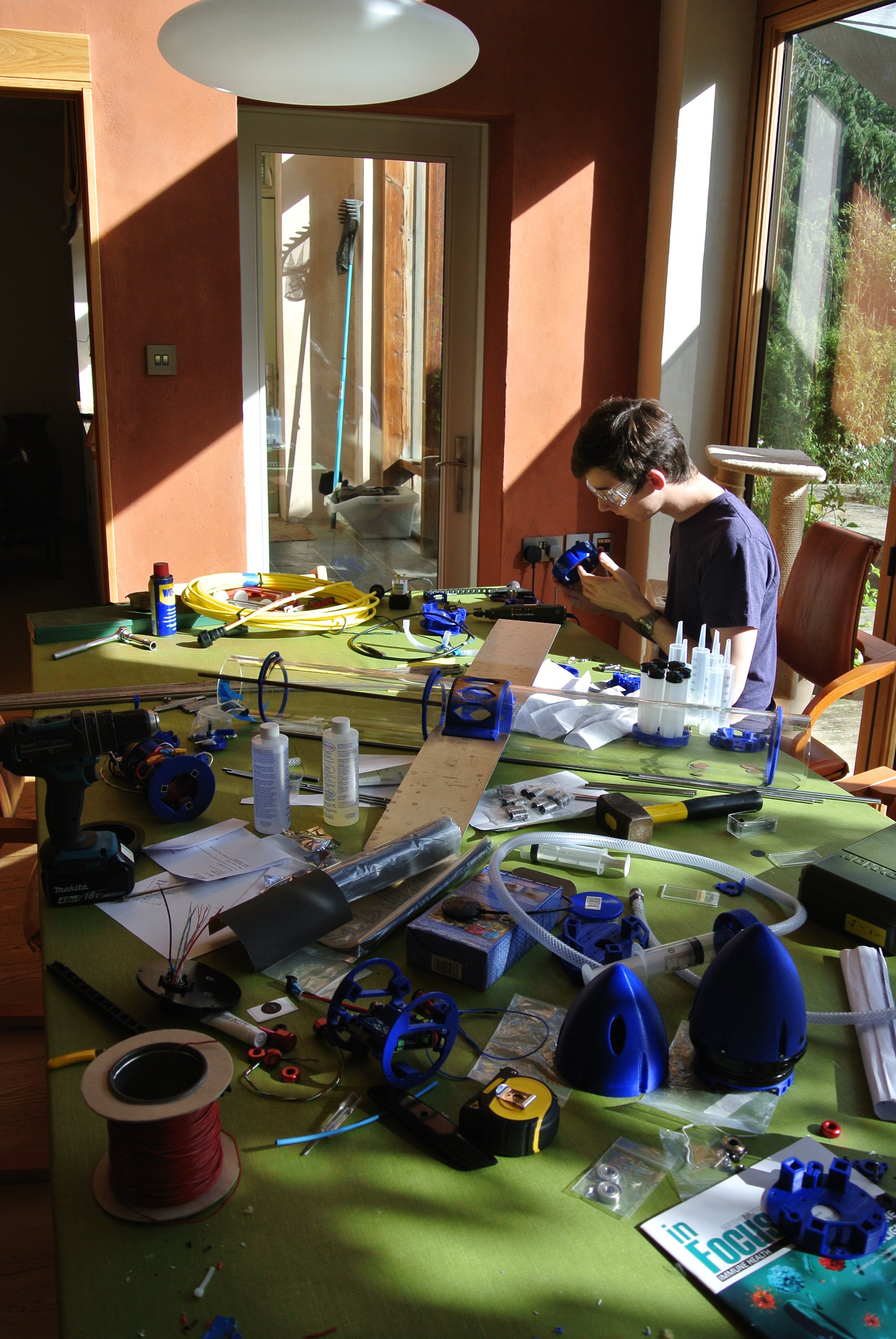 Looks like it is working well to me, and you're getting plenty of forward glide even in the small pond. Do you have enough room inside for the autopilot electronics, or will you have to lengthen the WTC a bit?

Thank you, I should be able to test it in a pool on Friday so will gain more information about its glide pattern then. I am planning on using an original pixhawk autopilot (bangood clone) that I already had as it's cheaper than purchasing a pixhawk 2.1 and is more compact. I have designed the printed parts to accommodate the autopilot above the control board and the Fathom-S board. The GPS has space to fit above the roll stepper motor on a printed platform - I am not yet sure to what level the motor will interfere with the accuracy of the GPS/compass, if there is noticeable interference I will try shielding and then try finding space elsewhere. Here the GPS/autopilot are in rough positions: 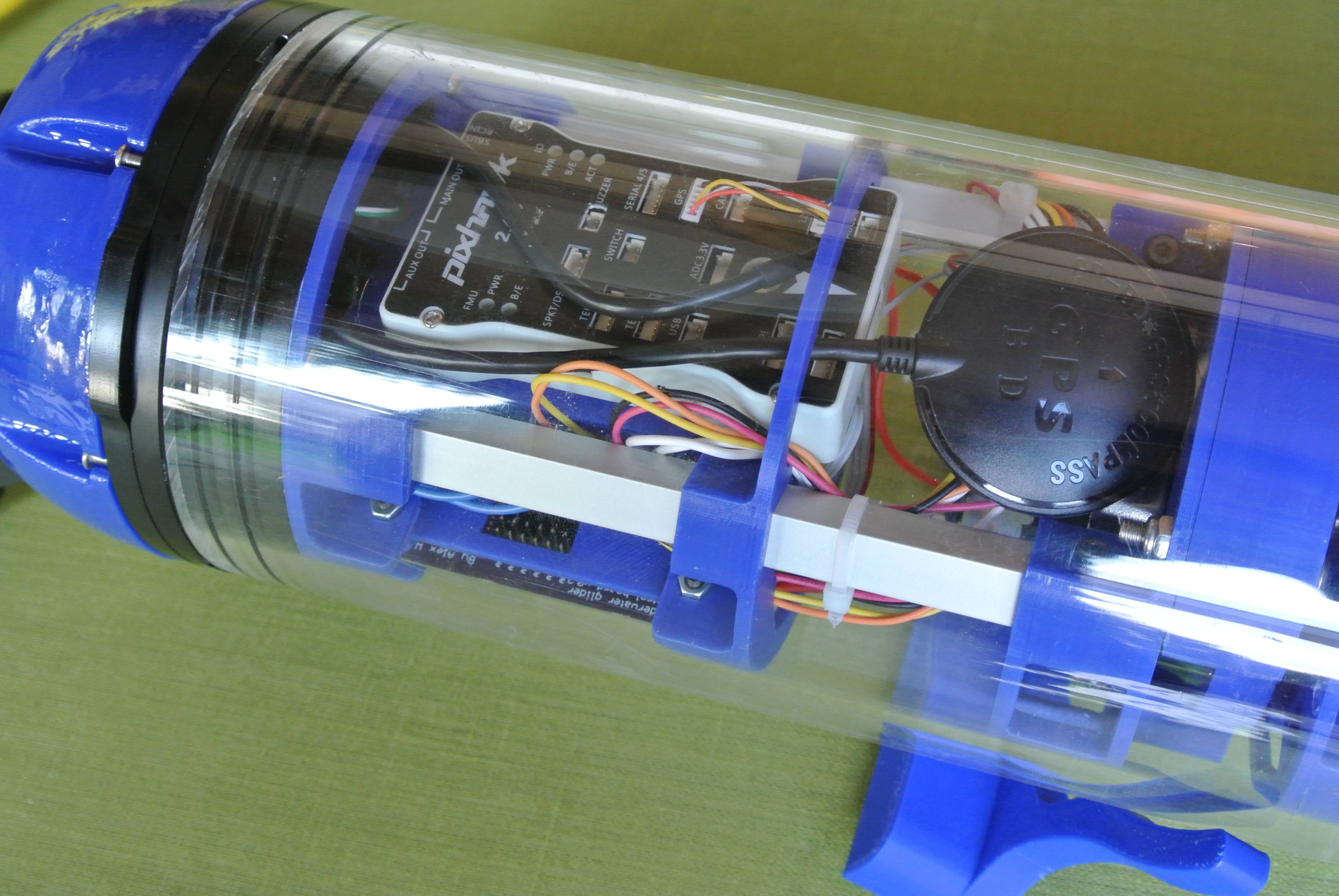