Someone from Wiznet contacted me and wanted to see how I was using the Wiznet W5100 in this project. Here's a look at the ethernet interface. I am using the Seeed Studio Ethernet Shield, version 1.1 This version has since been discontinued by the manufacturer. There are a couple small modifications:

1. The ISP header has been desoldered. It was in the way.

2. The board has been solderd to a piece of perfboard with header pins. I wanted any modifications to this board to be as nondestructive as possible. I could still take this board off and put it on a real Arduino, if I wanted to.

3. This board was intended for use on an Arduino, which already has reset pulled up to 5v. I added a 5v pullup resistor. The W5100 chip did not like being reset 'too fast', so a .1uf capacitor in parallel with the pullup makes the reset signal rise slow enough that the Wiznet sees a reset.

4. On the top of the photo, you can see where I tried to buffer the output of the MISO line with an old 74244 tri-state buffer and failed horribly. The resistor is a cheap hack, which I covered in a previous post. 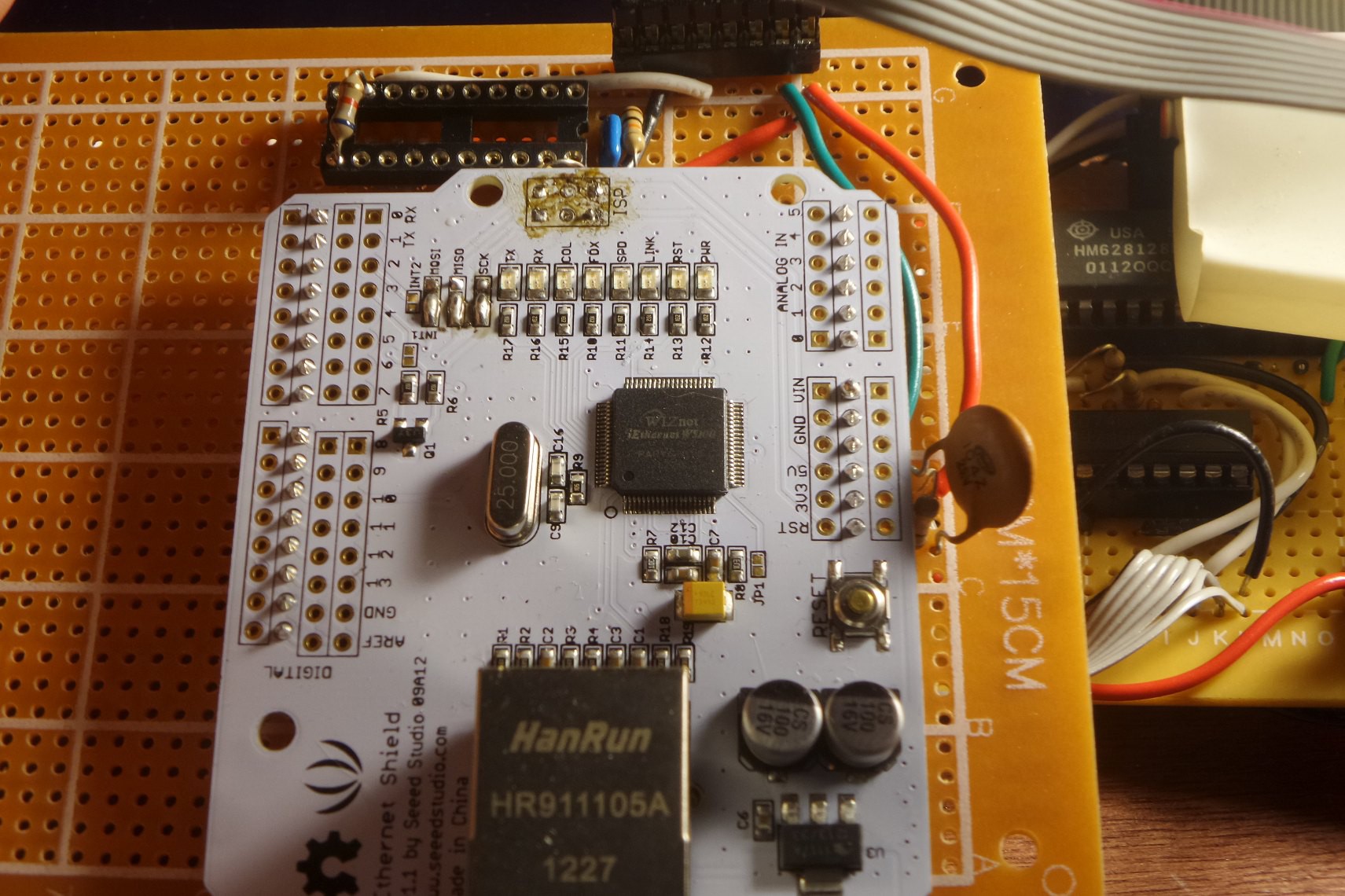