I soldered up a prototype for the power injection/dimming module. It looks a bit weird but seems to be working so far, the potentiometer glitches a little in certain positions. Which may come from the fact that I accidentally wired it up the wrong way. While the diode should prevent damage, something started smoking, will have to investigate why that happened.

But power delivery was working fine for a single module at 16V 0.7A. Normally the ESP wouldn't be on these stacking headers of course, I just used these so I could solder them on the component side as this is a single layer PCB. 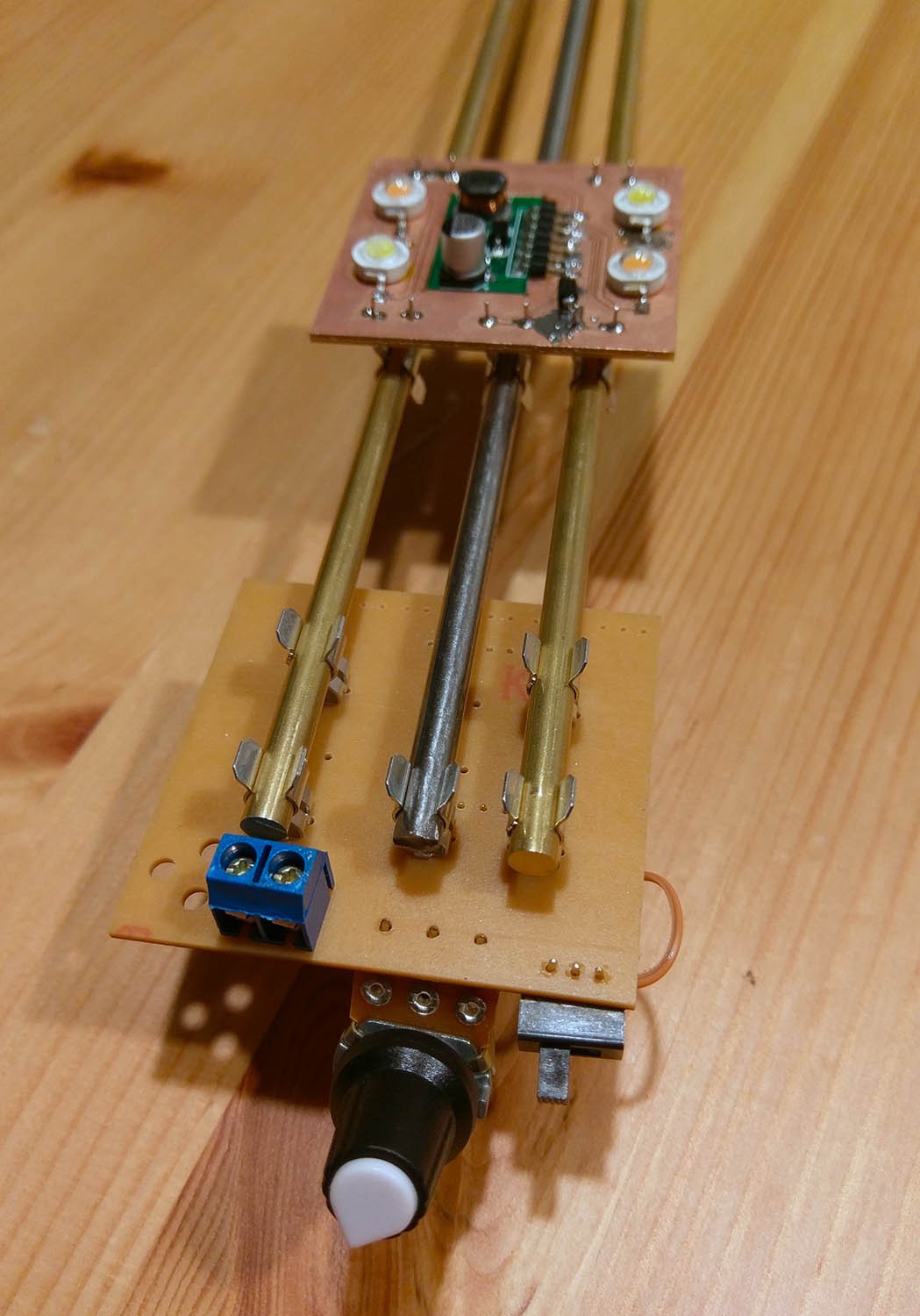 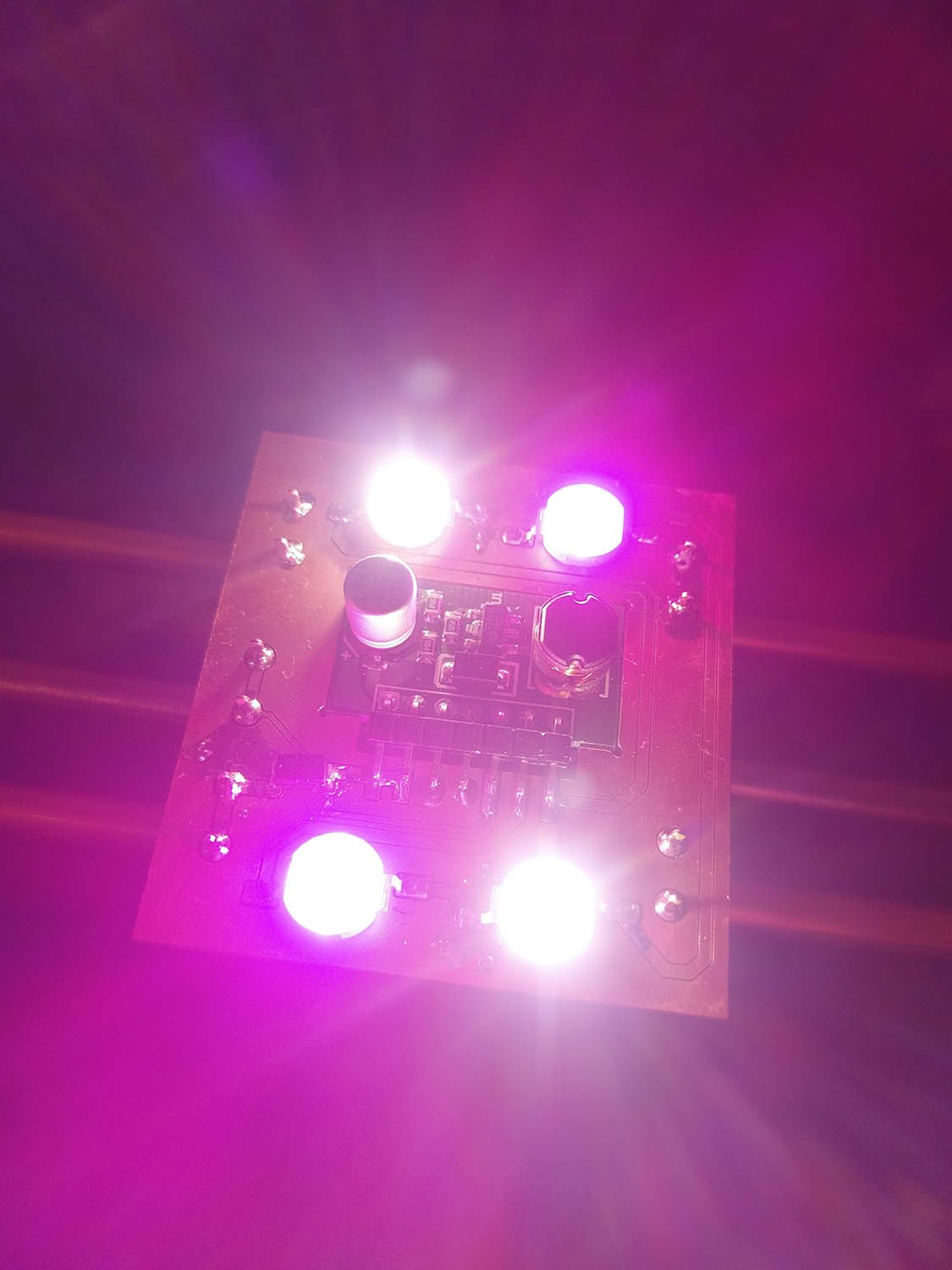