With all the talk about unwoven mats of fibers and their benefits and drawbacks, I thought I'd show how we can make individual or oriented fibers just as easy. The goal was to make some of them conductive, but a bad thunderstorm interrupted me, and it stuck around almost all day. Nevertheless, I got part way there.

I started out cutting another table for the machine. This one has a non conductive surface. I bolted two aluminum angles on the top, spaced 100mm apart and centered side to side. On the bottom I gorilla glued two small wood strips to keep it centered in the machine. I left the mounting bolts a bit long to let me fasten the hV line to it, and a wire runs underneath to connect the two together electrically. 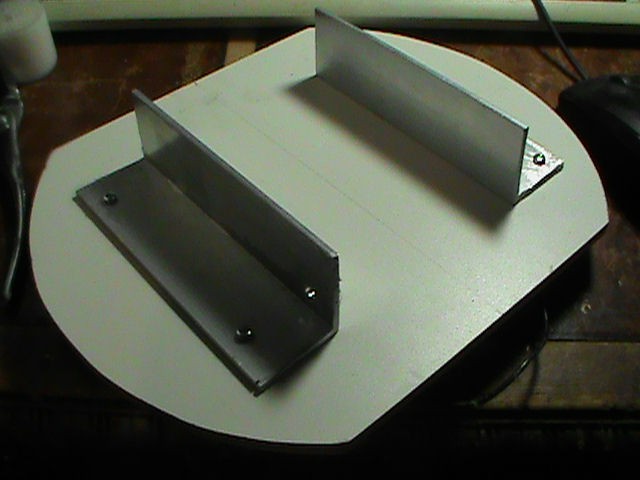 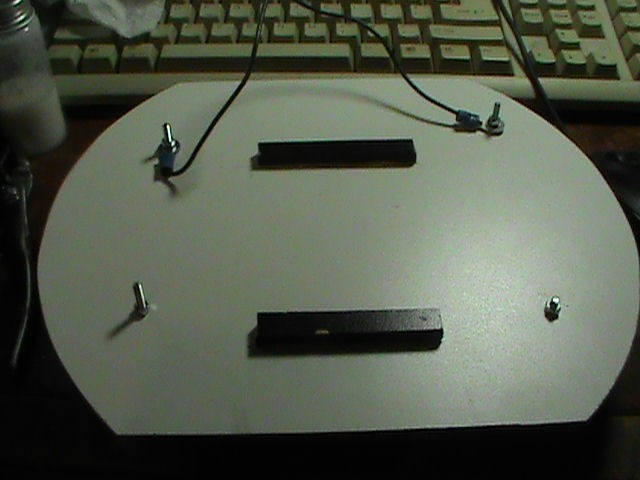 The idea is the fibers will get pulled until it touches one of them, and when it breaks off from the needle the other end will land on the other one. I got close dialing it in before the storms hit but not close enough.

A lot of fibers were hitting too low on the face of the angles, and the other end landed on the table. I had a few do what I wanted, but not near enough.

This is what I got after about a five minute run: 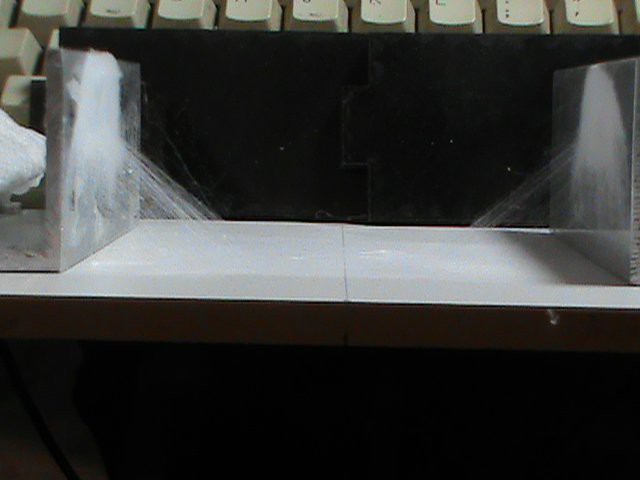 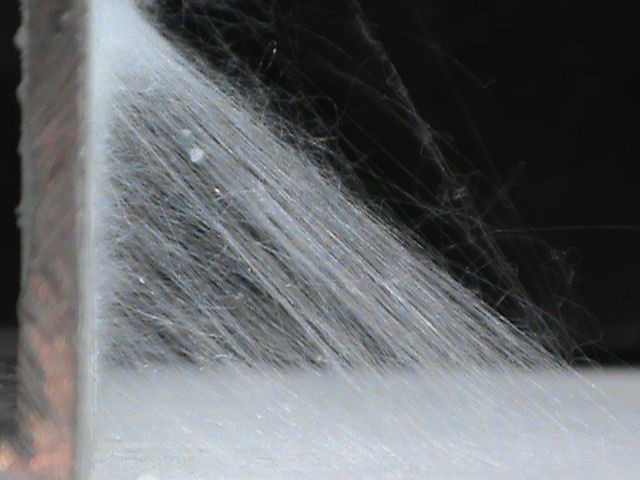 They ARE pretty much oriented parallel to each other, but not near long enough or in a good position to collect. I still think I would have had all the settings dialed in if I had been able to continue for a bit longer, but I guess I'll find out when I try again tomorrow.

The reason this works at all, I think, is because the fibers are still charged after they hit, and tend to try to avoid each other, including the other end of itself. So the other end whips around until it finds a different landing spot.

I collected what I could and this is what they looked like under the scope: I'm surprises I harvested them without messing them up more than that.

So, yes, we can get individual fibers or mats where they are all running parallel. Hopefully I'll be able to avoid close lightening strikes tomorrow and get longer and straighter ones. Time will tell...

I'm thinking about taping off part of those aluminum angles to force the fibers where I want them. If I tape off too much I might lessen the voltage field too much, I don't know. Something to try tomorrow... :)