My last run went well enough, but it left me with a few questions, too.

For one thing, was the base plate not being charged effecting how the fibers were being laid down?

Another one is what's the difference in the fibers between the angled plates and the rotary cage?

To answer the first one I laid down a piece of aluminum foil between the angle pieces, and pinched the the foil under them to hold it in place. It was a lot simpler doing it that way than making another plate. The answer is: no difference at all. So that solves that.

To answer the second question it was as easy as putting the rotary back in and running another batch. I kept the same mixture and feed rate from the above run so all that would be equal. The results rather surprised me. The rotary gave me noticeably smaller diameter fibers, but the angle plates ones, while larger, were better aligned parallel to each other. The rotary ones are also easier to collect.

The first picture below is from the rotary and the second from the angle plates. 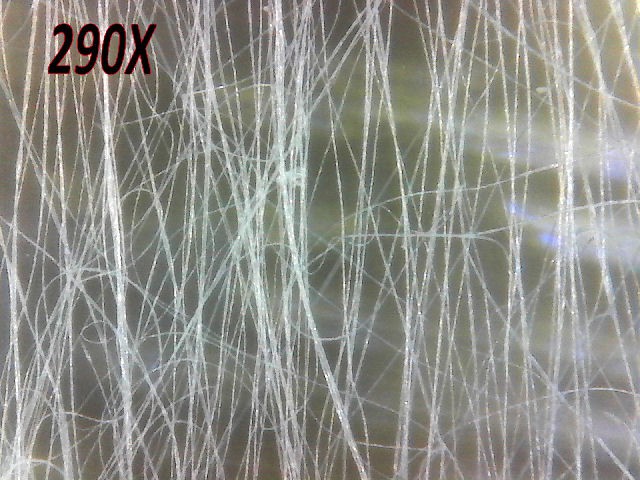 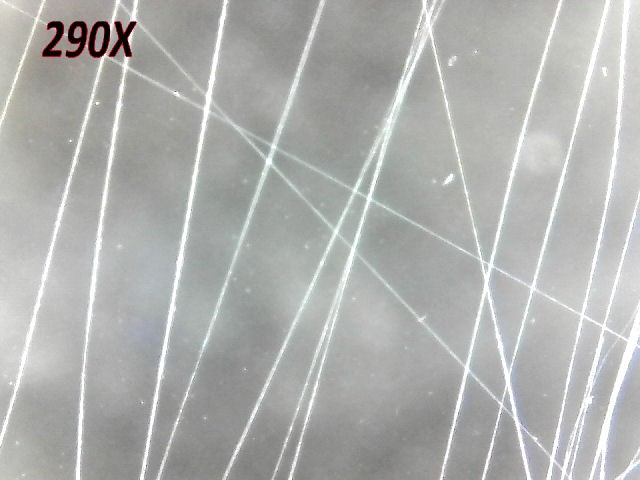 So now it's back to sticking nanotubes in the mix and see what I can come up with. The main two goals of this is to strengthen the fibers considerably, and make more conductive fibers. All of this is basic stuff, I'm sure. But it's just something I need to figure out now before we go in even more directions later.

The pics I mentioned last night.

Digging my way through the documentation. Uploaded files.