More details about the circuits

Progressively turns your circuit breakers on so they don't trip

So far the description is very sketchy but it takes a while to reinvent the wheel and make it square.

Here I'll cover the chaining circuit : the shift register is initially cleared and progressively "filled" by the value 1. This value comes from the power-on reset circuit but can also be controlled by an external circuit, through an opto-coupler.

The shift register's output is available to the outside, either as feedback to the control board and/or to be chained to the next sequencer's Data In connector. 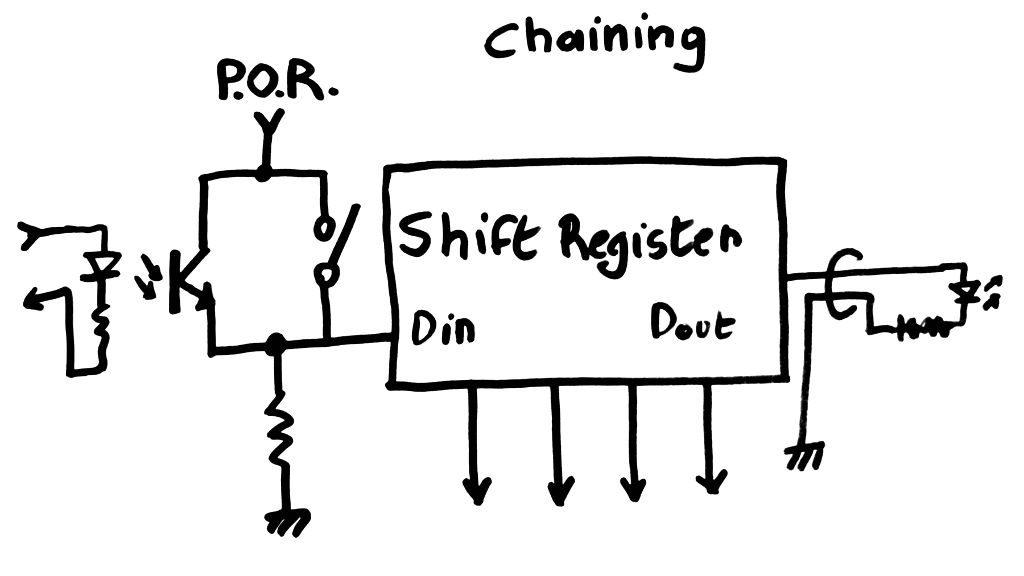 The mains supply circuit is a bit more complicated because it needs to provide protection, power, clock and failure detection. 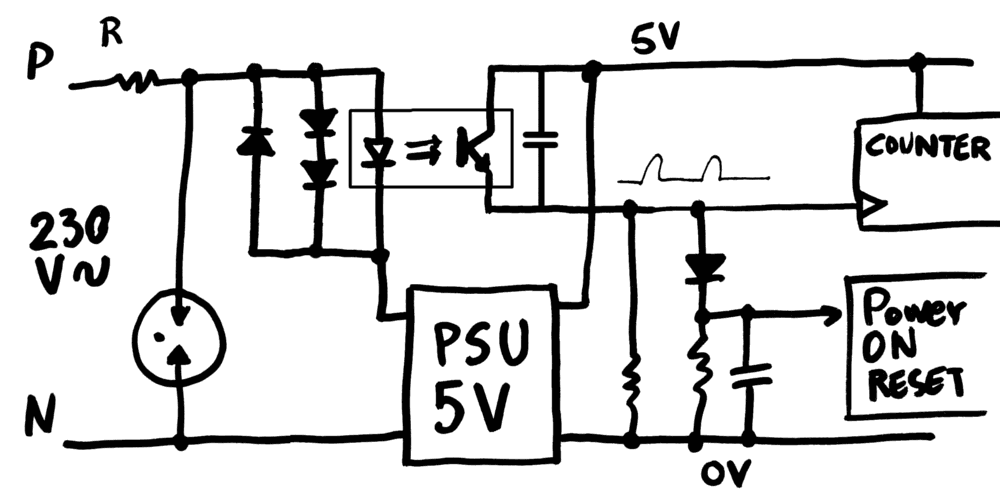 This is still far from perfect and I'm not an expert in mains-facing circuits. For example, I have GDT but the Resistor/fuse is still to be determined. Phase detection should be better designed, because the duty cycle depends on the PSU's draw, which is proportional to the output load, etc.