A quick recap: We build a pogo pin test rig for our project and got the pilot run for volume production assembled.

We then got working on the code for our test program. Here is what testing a module SHOULD look like: 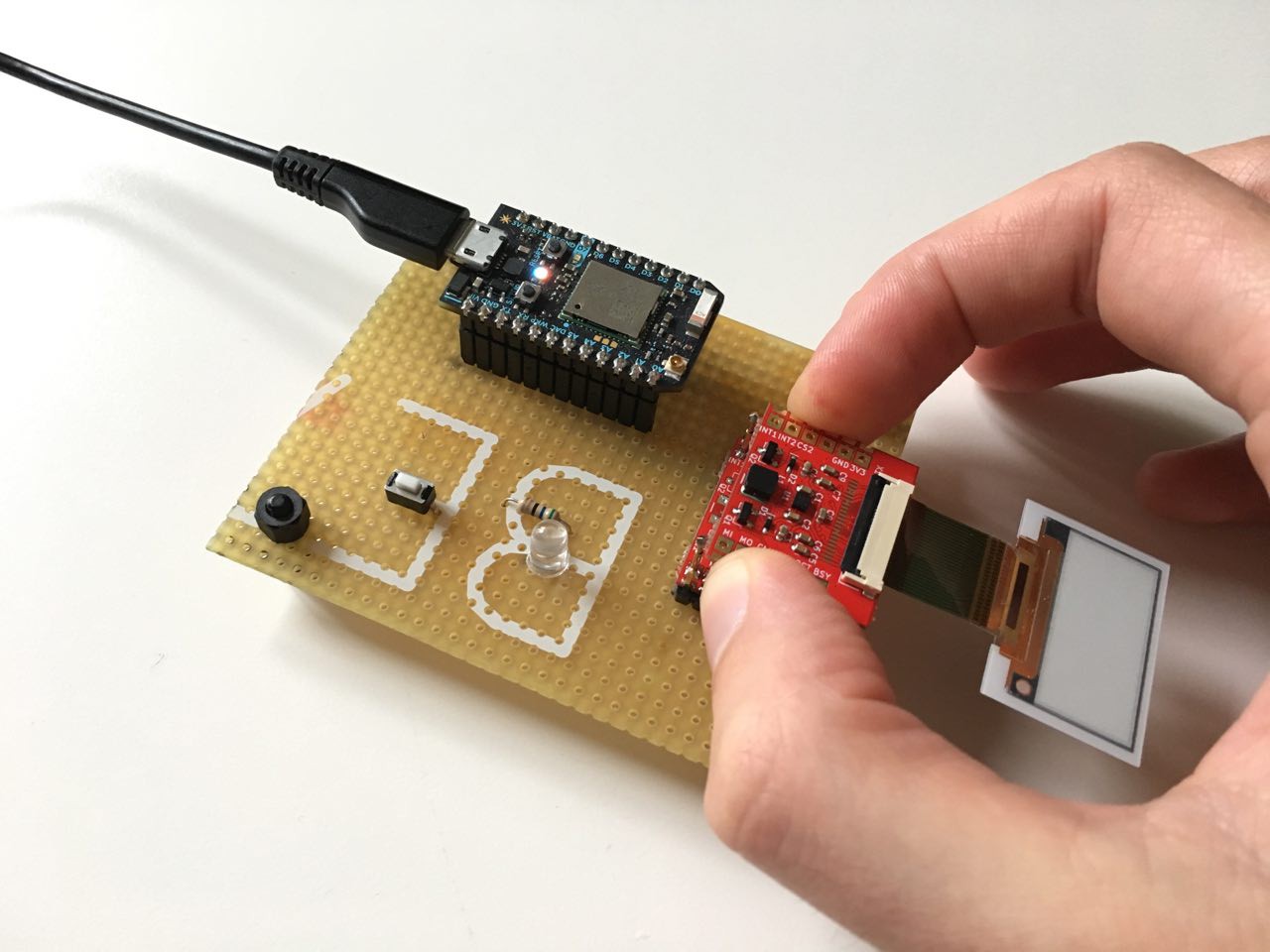 You connect a display to the module, push the module on the pogo pins, push the button and then the display should do an update. Except for us it didn't. We began investigating and ironed out some kinks in the firmware (from prototype to pilot we changed to another SPI bus) and it still didn't work. With further investigation we found our rather dumb mistake: We flipped the pinout on the display connector. All signals are there in the right order, just mirrored.

The connector we use is a dual contact connector, meaning there are contacts on the top and bottom. So in our case it is possible to make up for the flipped pinout by also flipping the display. You then just need to do some finger acrobatics and it works:

Besides the dumb mistake we could confirm our pilot working (we did some layout and BOM optimization).

The mistake was fixed pretty quickly and we already ordered another pilot run, keeping our fingers crossed this will be the last one.