"Funky Light" should improve theatre performances in schools, by giving teachers and students an easy to use tool to control the lighting.

Okay, after several test we noticed that it would be great to separate the current/circuits of the Arduino Yun and the DMX Signal, so we rethink the whole circuit.

We stated using a Galvanic isolator and some Opto-isolators, hopefully that will work out.

Here is a picture of the new PCB Layout. The Layout of the PCB now has different areas, that represent different tasks, for example the isolation areas or the area of the Transceivers. This time we will order the PCB, so the second version will look much more professional. 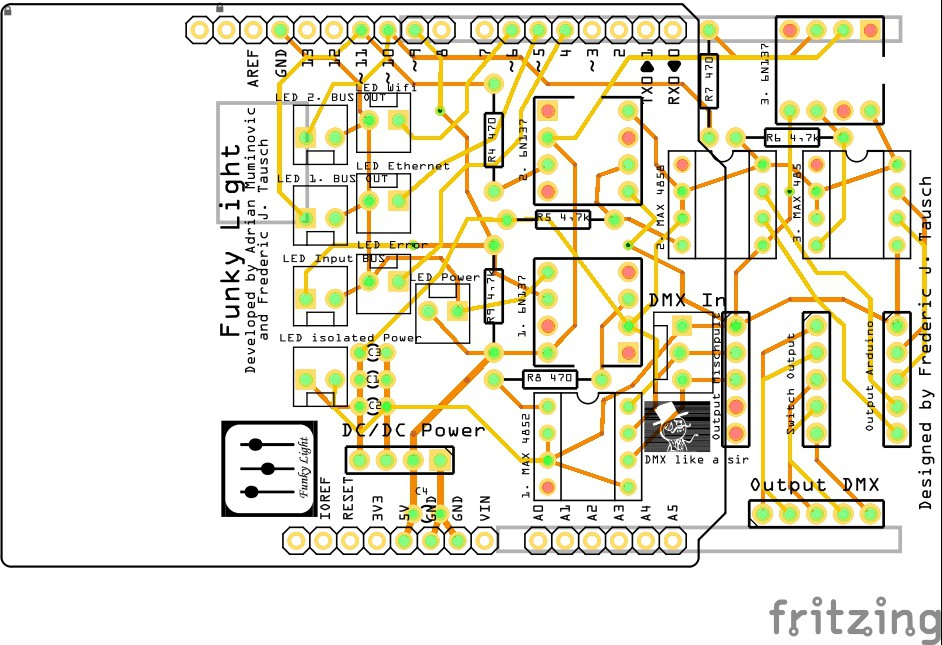 Ohh and we ordered new parts for the PCB , the List of Components got updated as well.

See you next time, Langhalsdino.