Getting a grip (and a charge)

In the first project log I briefly described the controller handle. The multitude of options deserve som notion. After all the design og the handle can affect the playability and feel of the game (literally!).

First things first - how bit should the controller be? If you ever have had a playstation Move controller in your hands, you'læ know the size and weight of it. It has the dimensions for a reasen and at some point a mechanical engineer designed that controller and the looks of it. It's quite certain that the final design was also approved by the senior developers and the administration of Sony - after all that's the contrller of the console.

How should this be done then? I don't have a team of people designing this so I have to get my hands dirty. First thing to do is grab a ruler. How big is my hand? okay - 10cm across, when i close my fingers around the ruler. If the controller is less than this it'll feel like it's desappearing between my fingers. not cool. on the other hand I don't want players to be able to hit each other with the controllers so not too long either.

I aldready found a PVC pipe I could use for the handles but when it comes down to the controller design this might not be the best idea ever. Well, then again - It's quite cheap and easy to work with. My biggest issue right now it the feel of the controller. It's just a pipe. I'd like it to have a bit of ergonomics in it. Well, This might be the next revision. For now it will have to do. I just want to write it down here so the idea of having an ergonomic grip for the controller isn't completely lost.

Back to the length. I decided to just try out a length - 12 cm. Just long enough so the controller wouldn't feel way too small. Remember I also have to put the pingpong ball on top. This will give a nice 'grab underneath here' feeling. The pipe has an internal diamter of 28mm - the small notch on the PCB is there to give it the final with (and some PCB to cut away if I need to make it a smalle diameter).

The pingpong ball on top finished the controller nicely. But what about the bottom? It could be open (not nice) or closed (nice). But hey - I need to be able to get to the electronics. ooh.. What about charging? Instead of needing to open the controller each time to connect a charger I might as well integrate some sort of charger system. Let's look at the options

I like the inductive based chargers like the ones on electrical toothbrushes but I have no clue on how to design one. In the given timeframe I would probably only make that instead of the controllers.

I know for a fact that something removable introduces wear and tear. this is directly translated into a reduced life of the controller simply due to a mechanical failure.

The easiest option is some sort of connector at the bottom of the controller. A nice way to do connections is the option used on cordless phones. When put in th charging stand a small spring connector is forming the necessary connection for charging. I must be able to do something similar! Fire up the 3D printer! 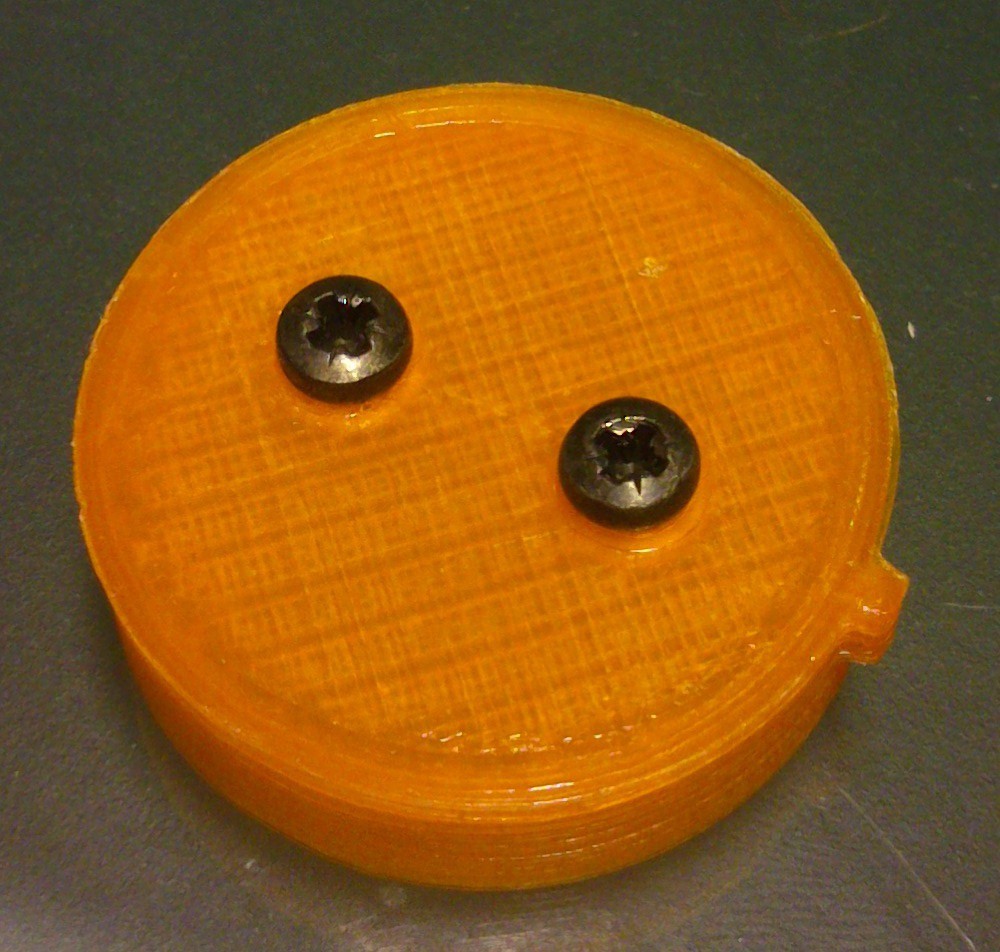 After a couple of designs I came up with this - two screws in the bottom will form the connector. Another notch will polarize the bottom of the controller. 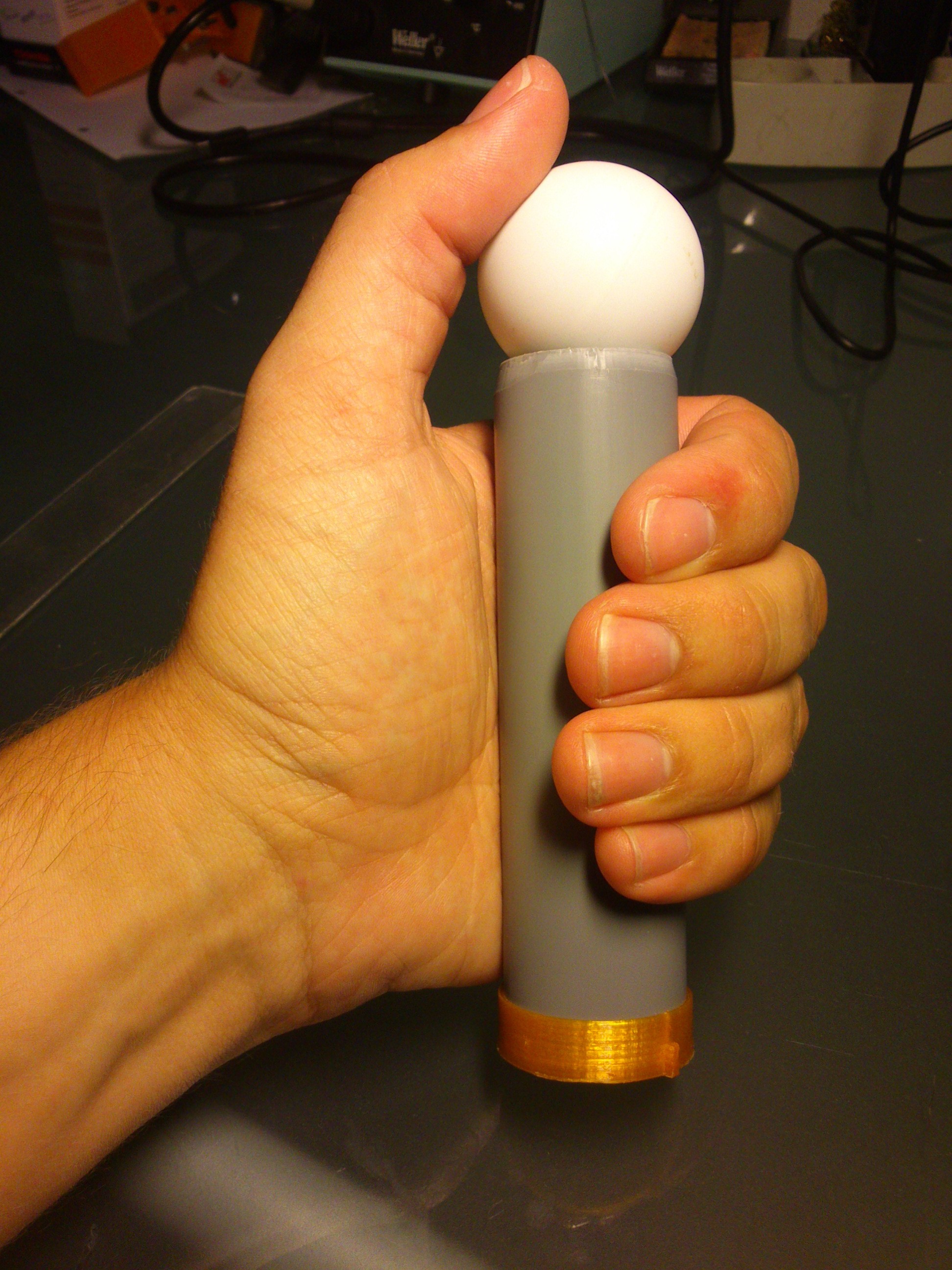 It fits nicely in the hand (I have fairly big hands). the pingpong ball is clearly visible to the players and the bottom with charger connector is fitted. Time for testing out those PCBs I got!