In the last days I've been playing a bit more with the code using the Teensy 3.1 based prototype. While there are still many things to be done on the software side, I decided I wanted to design the board based on STM32F108CT6 since it seemed more fun.

Last week I ordered a Blue Pill board but it seems stuck in the mail so I gave the PCB design a try. In the end, I learn many things and included many components I was considering initially but was unsure to include in the first version or not. I finally designed the PCB with all these included since I realized I didn't really need to include solder them all at once to start testing it since many things are quite "modular".

After finishing the schematic, which was not really that hard I went on to the PCB layout, which took me quite a while. I think that while the traces are a bit of a mess I didn't want to be overly perfectionist and simply finish it. I'd rather learn from a failed attempt than not do anything at all.

I must say I'm quite happy about it and, most importantly, it looks good =)

I think I will source some of the basic components first and then print this in a sheet of paper and check that all footprints match. After that, I will try and send it for fabrication to a local company (which I think actually fabricates using some Chinese company, and thus it can take about a month). 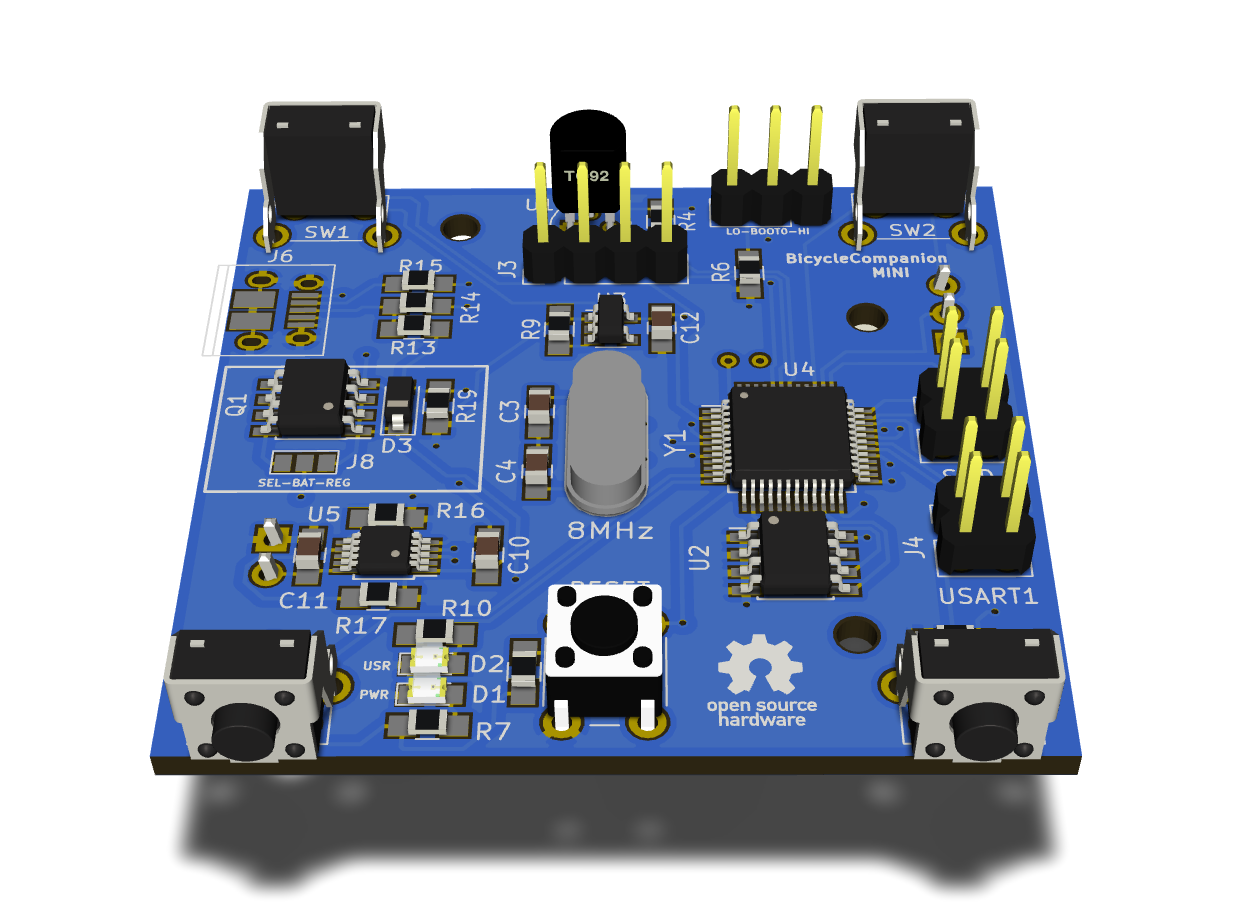 PS: I couldn't find a compatible 3D shape for the micro-usb connector. And I think the one I would get does not have those two ground pads some I may have to change that later.