I Added a Status Subchannel Demultiplexer 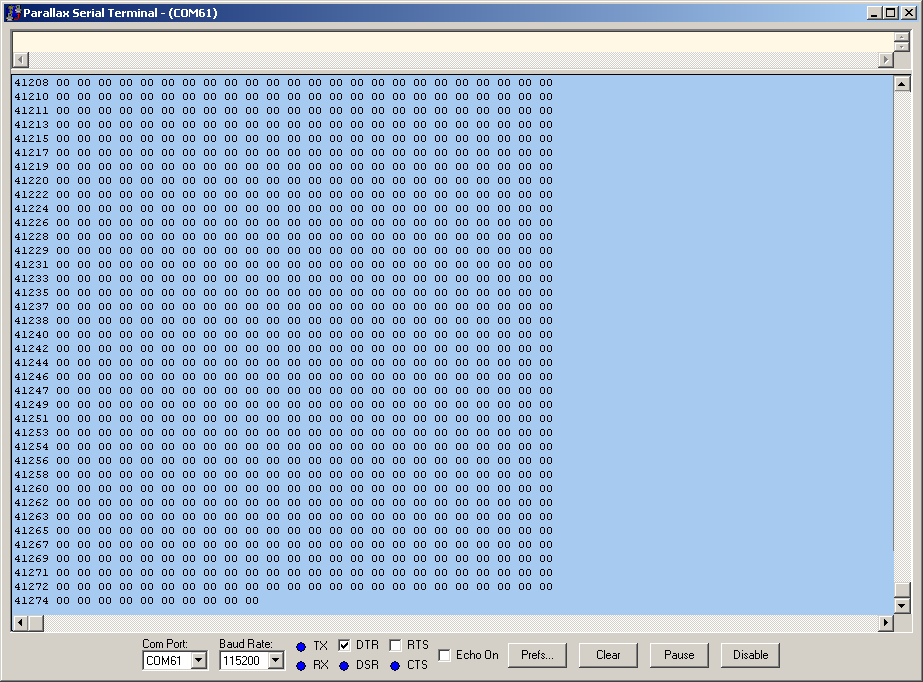 The Status Subchannel is a group of 192 bits that's continuously transmitted as part of the S/PDIF signal, interleaved with the audio. For every stereo sample, one bit of the status subchannel is added to the stream.

There's supposed to be some interesting information in this subchannel, for example it can indicate what the type is of the device that the sound is coming from.

But as you can see in the above screenshot, I'm not getting ANY data from my player. I'm not sure why.

The User Data subchannel should prove more interesting for my "secret" final purpose of this project. For starters, it has twice as much data because there is a separate bit of information for each audio channel, and I know from looking at the logic analyzer earlier that there's definitely data in there. But when I changed the Assembly instruction that pulls the Channel Status bit from the subframes so that it puts the User Data bit (or any other bit for that matter), the output of the hex dump stays zero, though I've seen some glitches where I had some random data. That probably means I'm trashing memory somewhere...

Well, it's night night time, I'll have to do a thorough code review tomorrow.

PS: By the way, I decided that modifying the biphase decoder to write the subframes to a block of memory in the hub was too much work. The audio player is easiest to implement when it can just wait for the next subframe by checking PRADET, and it's not too difficult to implement the subchannel decoders that way too. And for other future purposes (CD+G decoders, I2S output generators, etc.) it's also not that hard to just wait for a single sample. Other advantages of this method are that the propagation delay stays low (one subframe delay instead of one block delay) and it keeps things easy for the Spin parts of the code, so I don't have to wrestle with partially filled circular buffers and other stuff. The buffer is one single longword and the synchronization method is the PRADET signal, and that's good enough for pretty much everything. If necessary, I can always use another cog to serialize each block of samples somehow.