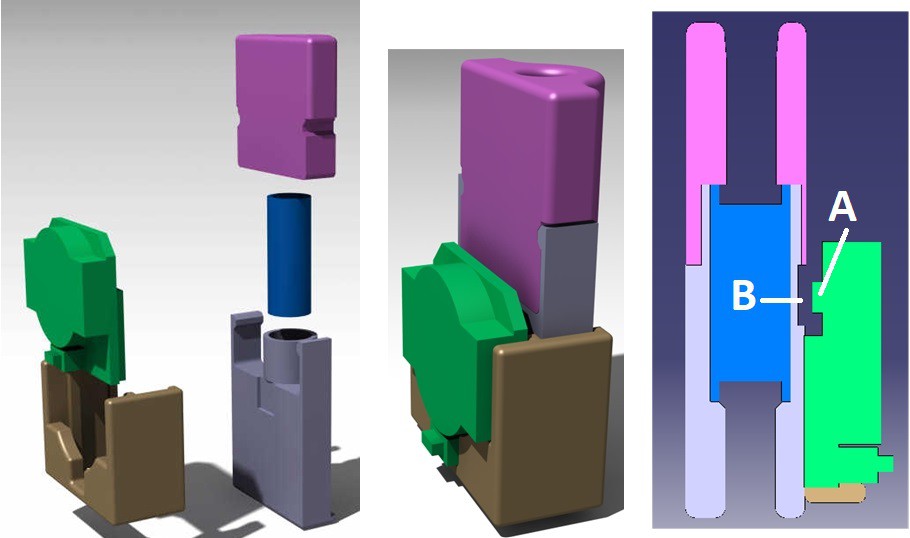 This is the first draft of the device. Simple and sketchy. The two parts are:

The sensor unit, which consists of:

Both parts are glued together.

The mouthpiece, which consists of:

The holding bracket of the sensor unit slides onto the mouthpiece, so that the hall sensor on the PCB (marked with "A") is located at the same height as the ferrite within the blue capsule. If the distance between hall sensor and ferrite is too far for detection, a metal plate can be inserted into the tiny recess (marked with "B"). Metal is multiple 1000x more conductive for magnetic field than air.

In practice, the laser sintered components of the mouthpiece don’t really fit together. It was possible to push the blue capsule into the hole, but removing it without destruction is hard. The fit between top piece and body is not really watertight…all these points could be drastically improved when using injection molded parts instead of laser sintered ones with their rough surface, but still. A fit between injection molded parts is a nightmare anyways.
Another crucial point is the weight of the assembly. If you put a mass (device) on top of a light stick (straw), it tends to fall over.

Apart from this points, sensor unit and mouthpiece fit together neatly!

Top: The mouthpiece parts and assembled, with a cut straw fixed with good ol' hot glue. Bottom: Mouthpiece with straw in a grandma cup (simulating use for the elderly). 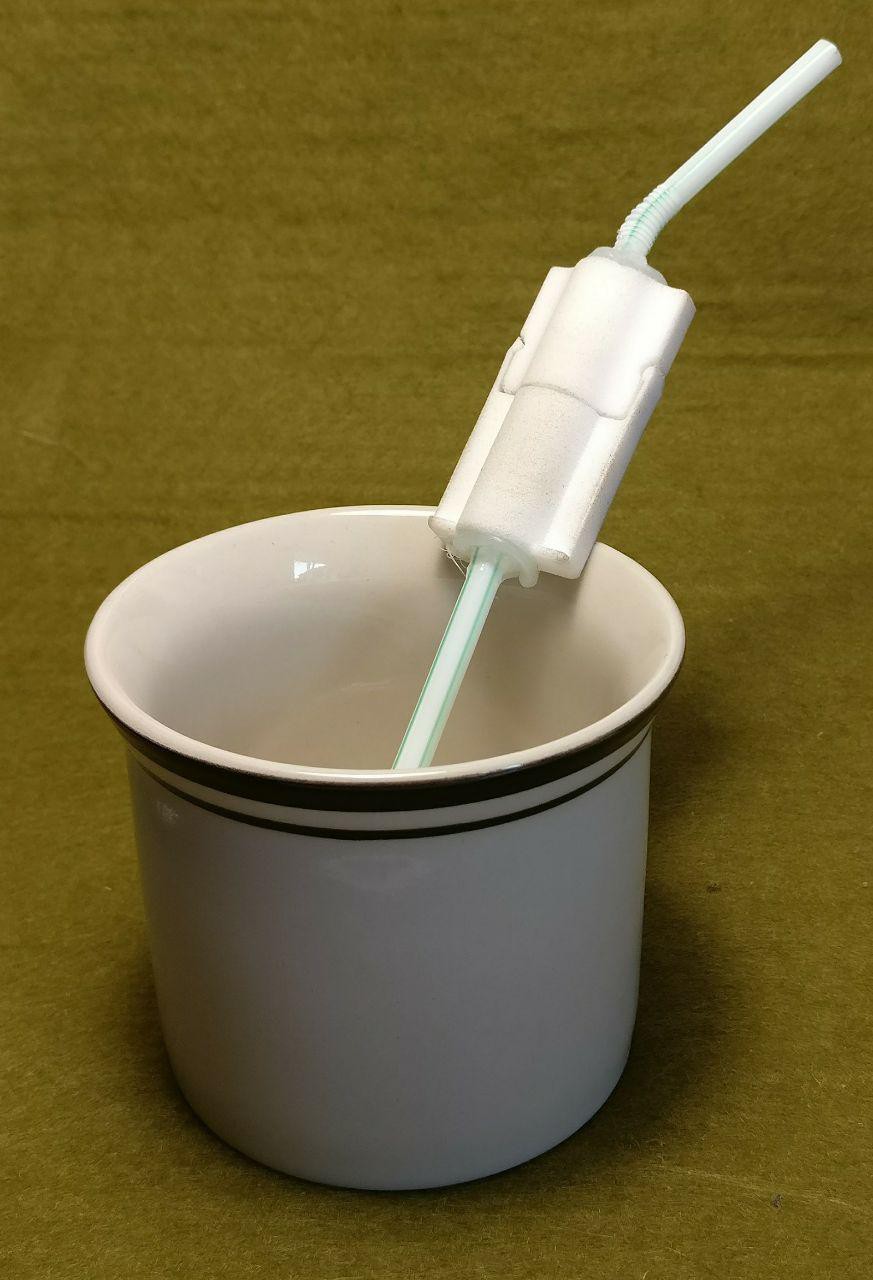 Learnings for next version

Idea of a modular architecture of the device