Let’s recap the learnings from the last hardware iteration. At this stage, we already can think of design for manufacture, in this case for injection molding as the production method of choice. Altogether, the requirements are: 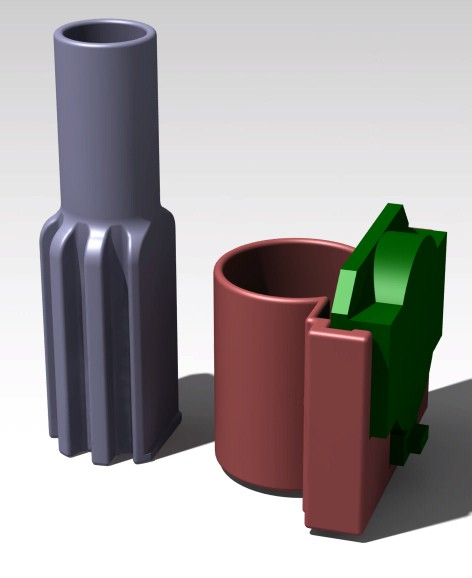 Because I’m lazy, I left the sensor unit (pcb and the pcb holding bracket) more or less as it was  for now. The bracket needs to be transformed into a real case for the pcb later anyways.
To keep it simple, the two-piece assembly for the mouthpiece is changed to a single piece (the fit between the two parts made problems and two moulds cost more than one). To hold the ferrite capsule inside, a press fit is sufficient. Being only a little piece of plastic, the mouthpiece can be replaced as a whole, if the ferrite turbine gets clogged.

To stay safe with wall thickness for injection molding, the perimeter gets a fanned structure. 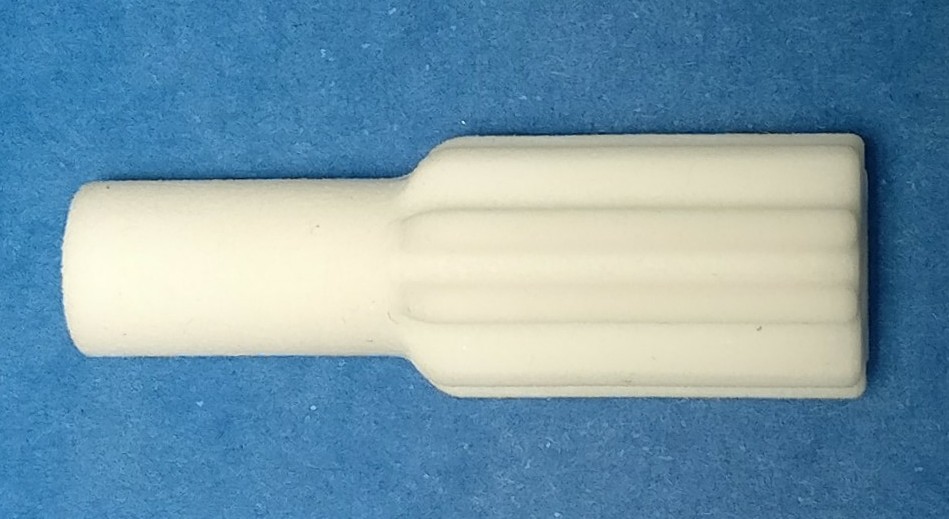 And tadaaa! Sintered parts appeared in my postbox. This time they were only half as expensive, as the reduced volume reduced the price. It starts to look neat, slim and fancy. The press-fit for the ferrite-capsule is adequate. 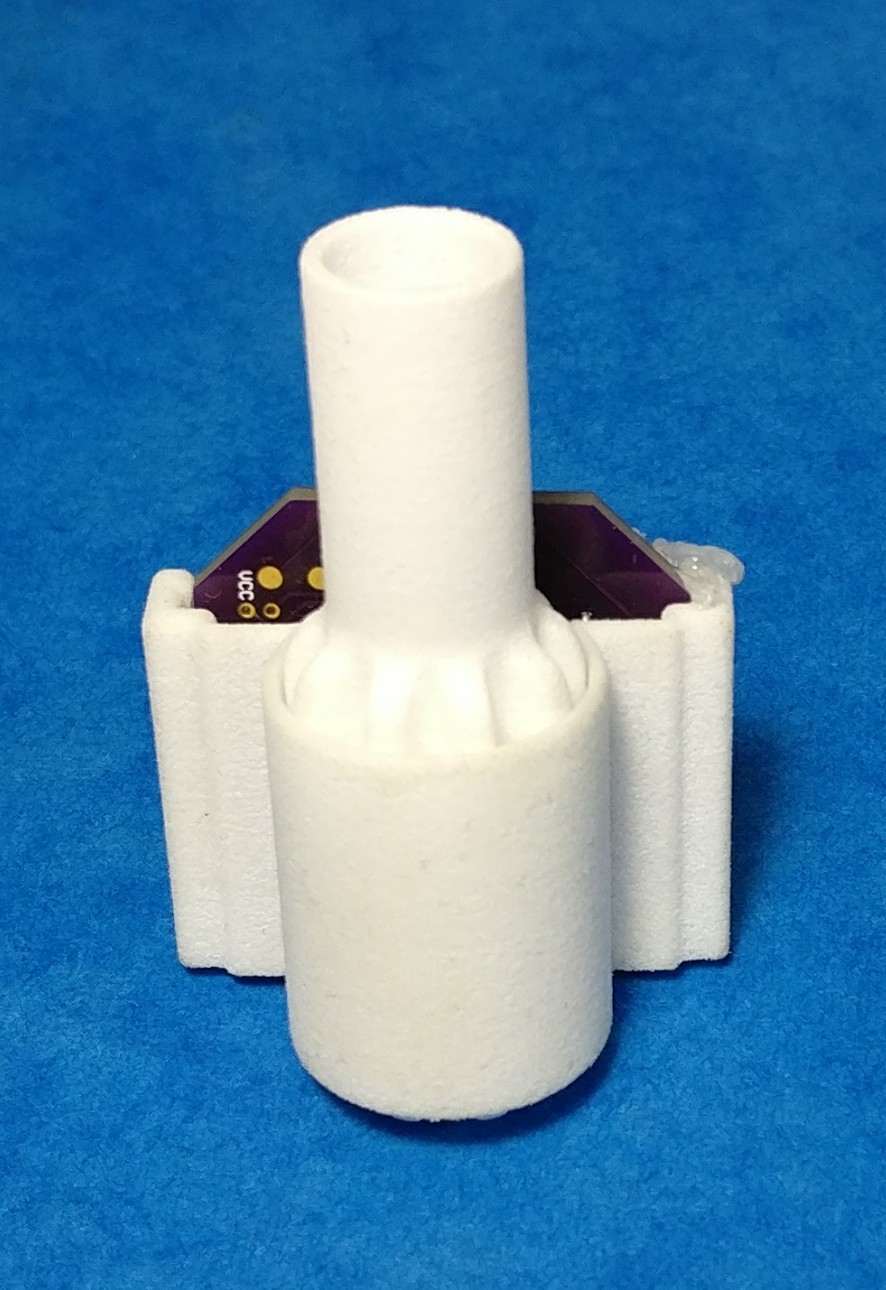 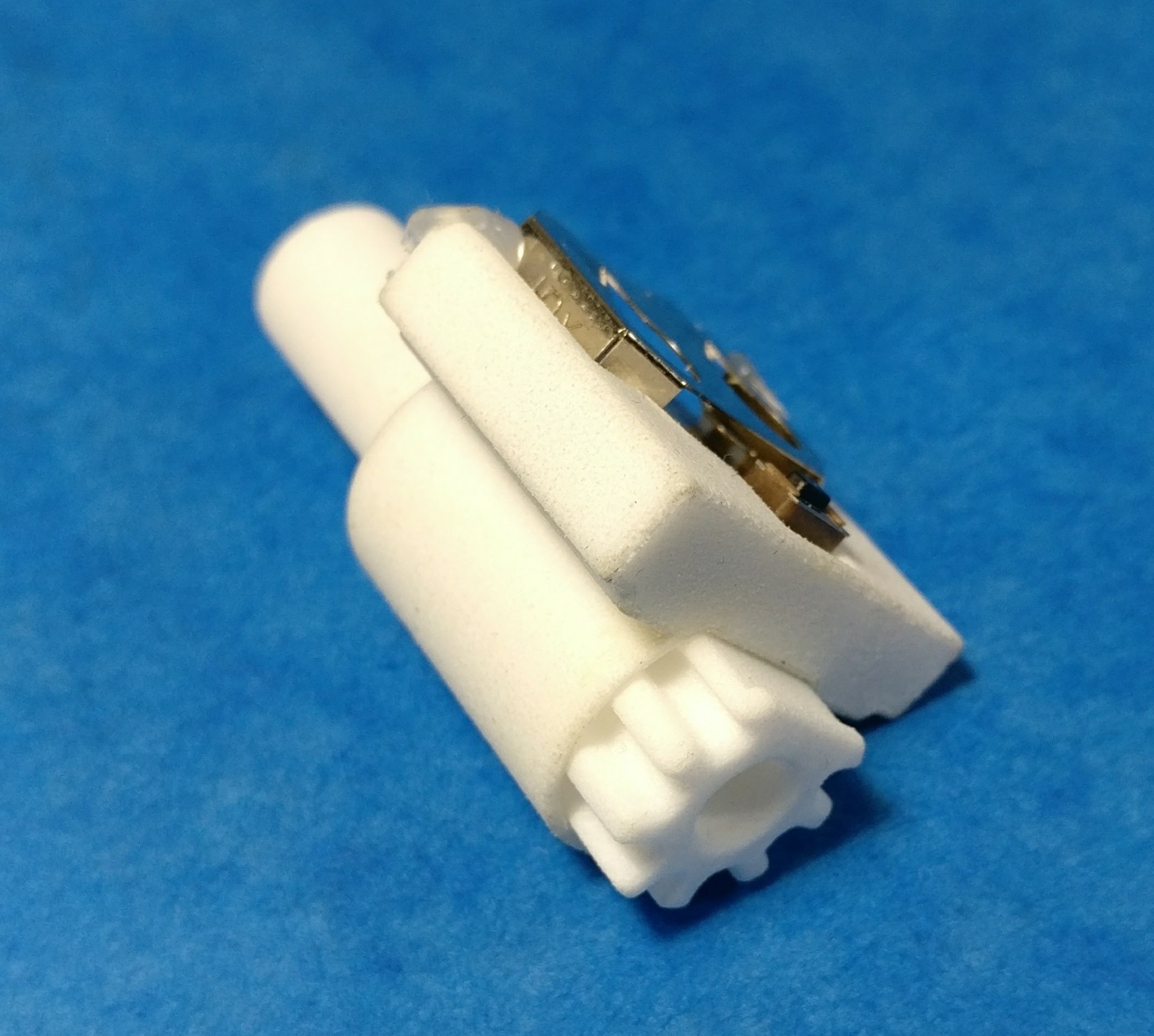 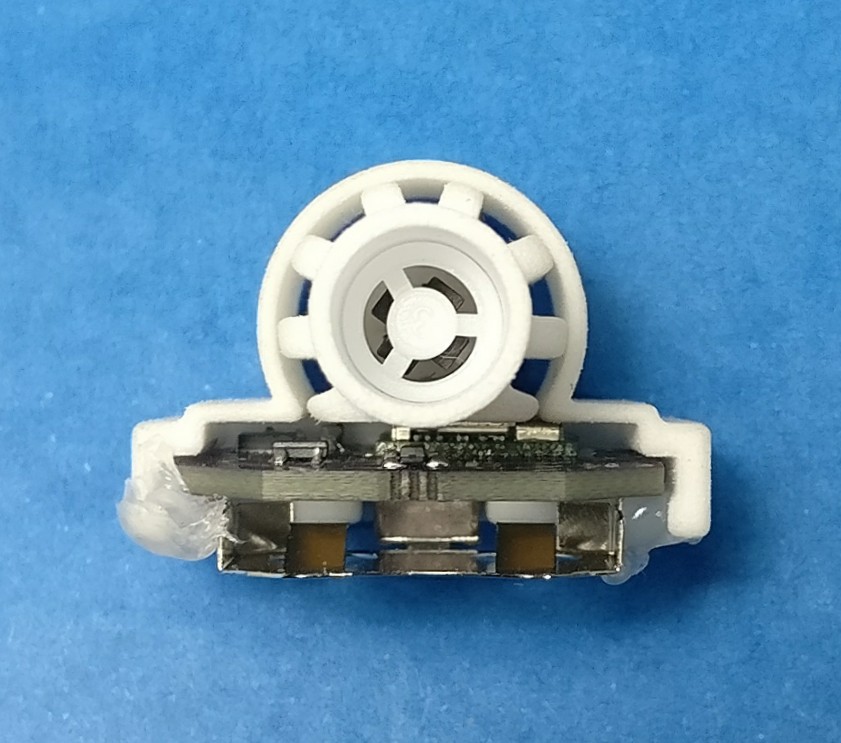 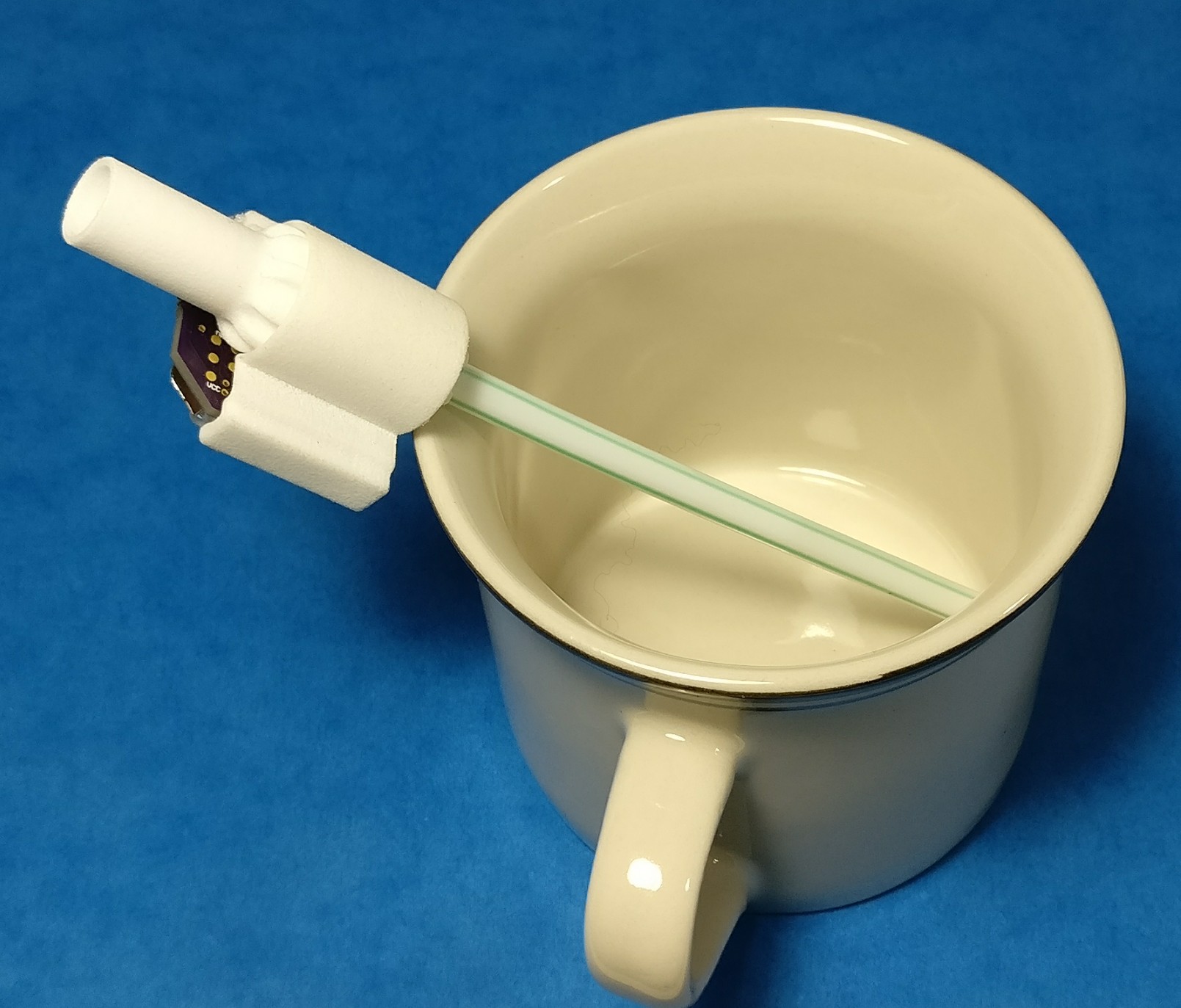