For starters, the MappyDots are coming along. I'm just getting them tested and calibrated which is taking a bit longer than expected. Part of this is developing a programming, test and calibration jig to make it easier to lots at a time. I have also been delayed by a few personal reasons, but I hope to have some ready by Wednesday and then another batch next week. So stay tuned.

A few small changes have been added to the repo - https://github.com/MappyDot

The MappyDot Firmware is now up as is the Bootloader code. The MappyDot firmware is quite large, so adding new functionality can be tricky:

So we are using about 93% of the total flash space. Most of this is taken up by the VL53L0X APIs (even after shrinking and trimming them down a fair bit). You might be thinking, but why don't the Adafruit or Pololu Vl52L0X libraries have these size issues? This is because they don't have the calibration functions implemented, which take up a fair bit of space on their own.

The good news is, that to read from the MappyDot via an Arduino, you only require about 4KB of program space (most of that is the Wire libraries) and next to no data memory. On other platforms this can be substantially less than that. So it leaves room for the more important things, like programming up @Arsenijs' mould growth threshold detection algorithm.

The initial release of the firmware (which will release on the first batch of MappyDots) is missing the MappyDot measurement mode and I2C passthrough. This will be implemented at a later stage, but had be cut due to time constraints. You can still change to other modes though.

There's also a very simple Arduino I2C test application as well that can be used as a reference. It has a little menu you can use to test the MappyDot. Just press the character corresponding to the function you require. 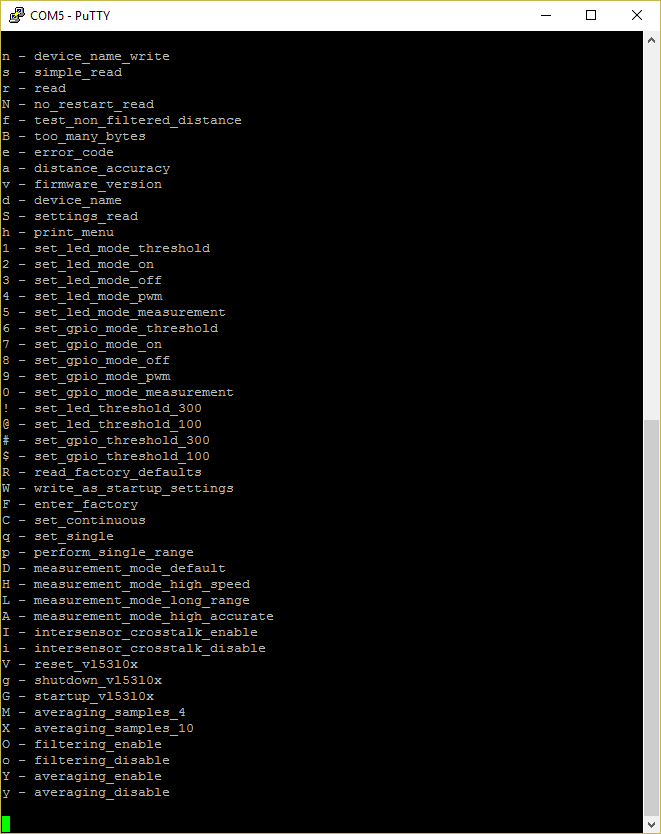