This has been a pet project for about a year now, and I would like to start by giving a short summary of the past design iterations. While having a general idea in my head, I didn't start with a clear end-design. Instead I focused on rapid prototyping each step to test each assumption along the way and iterate the design.

I started out by harvesting the parts from the hoverboard. 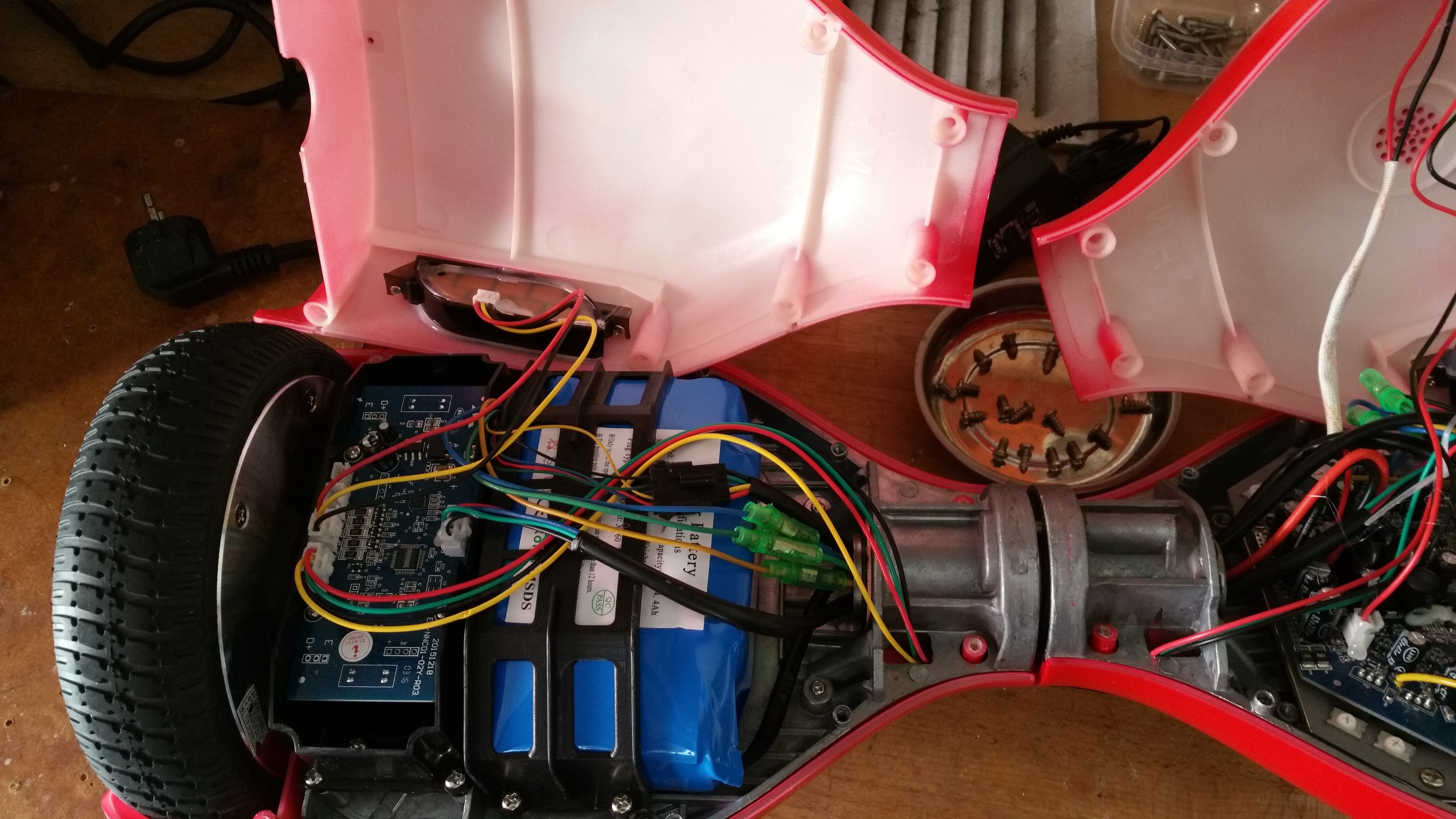 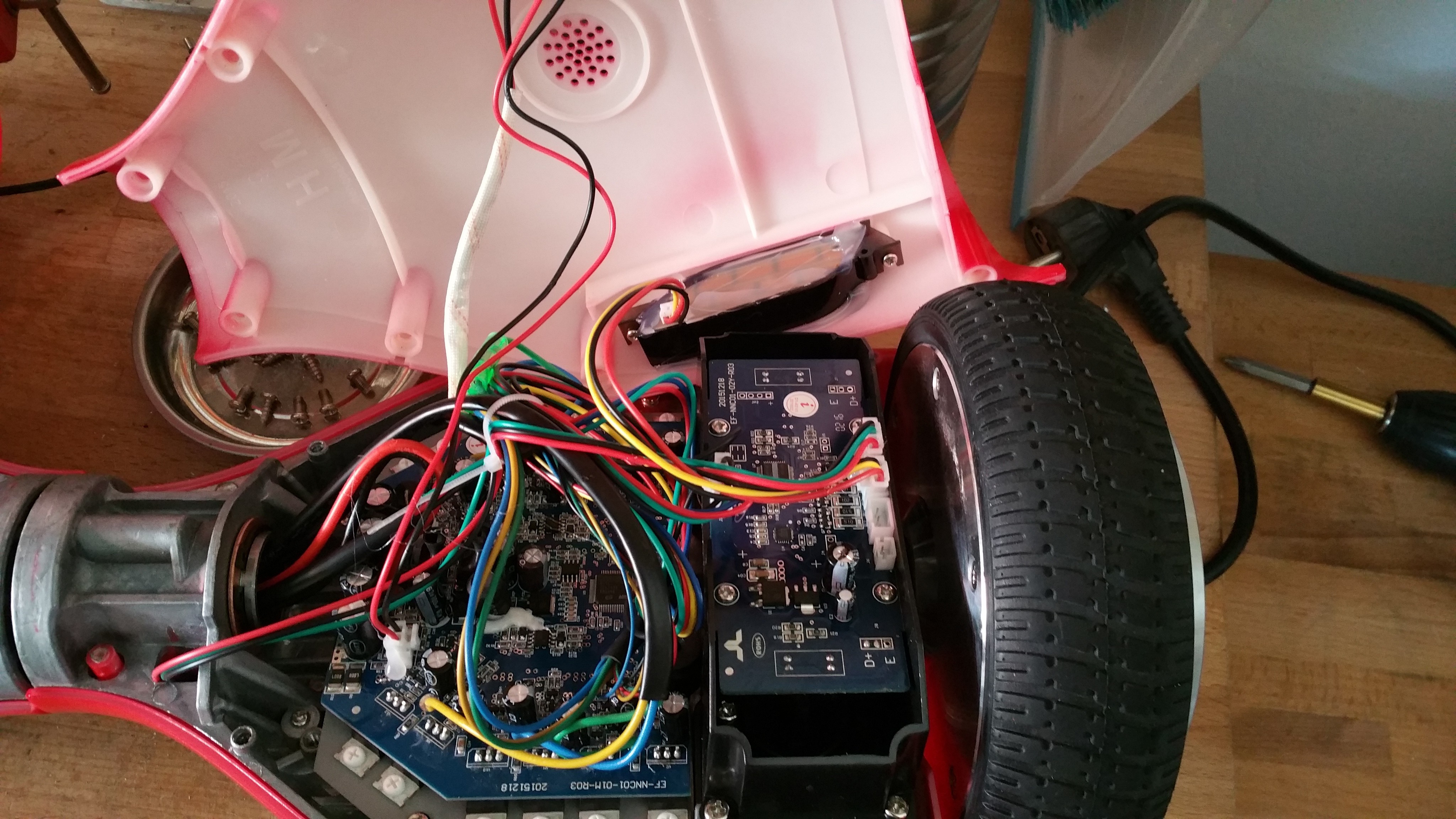 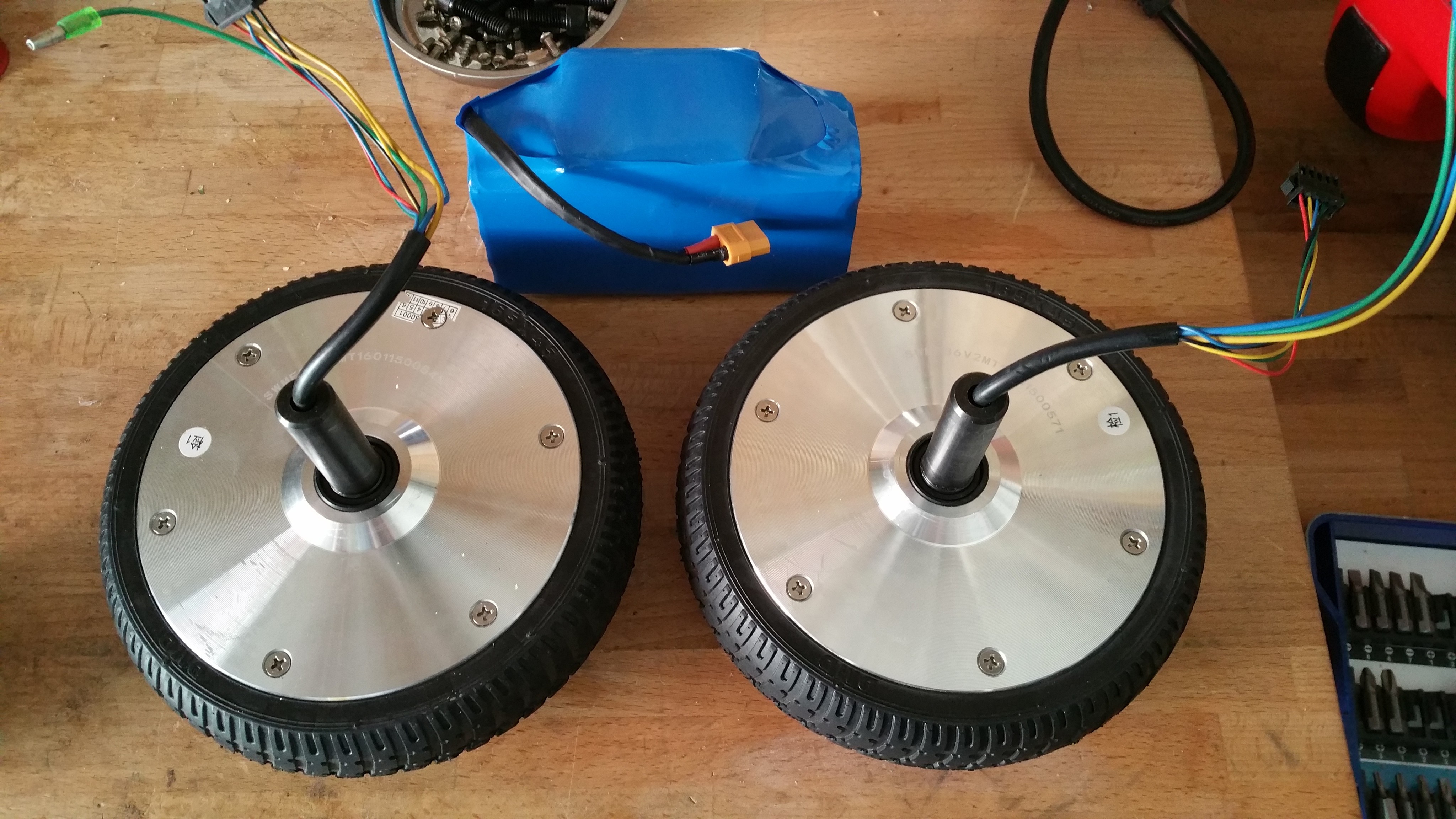 Opening up one of the wheels reveals the 30 poles (30 magnets), 27 coils and 3 hall sensors the motor consist of. 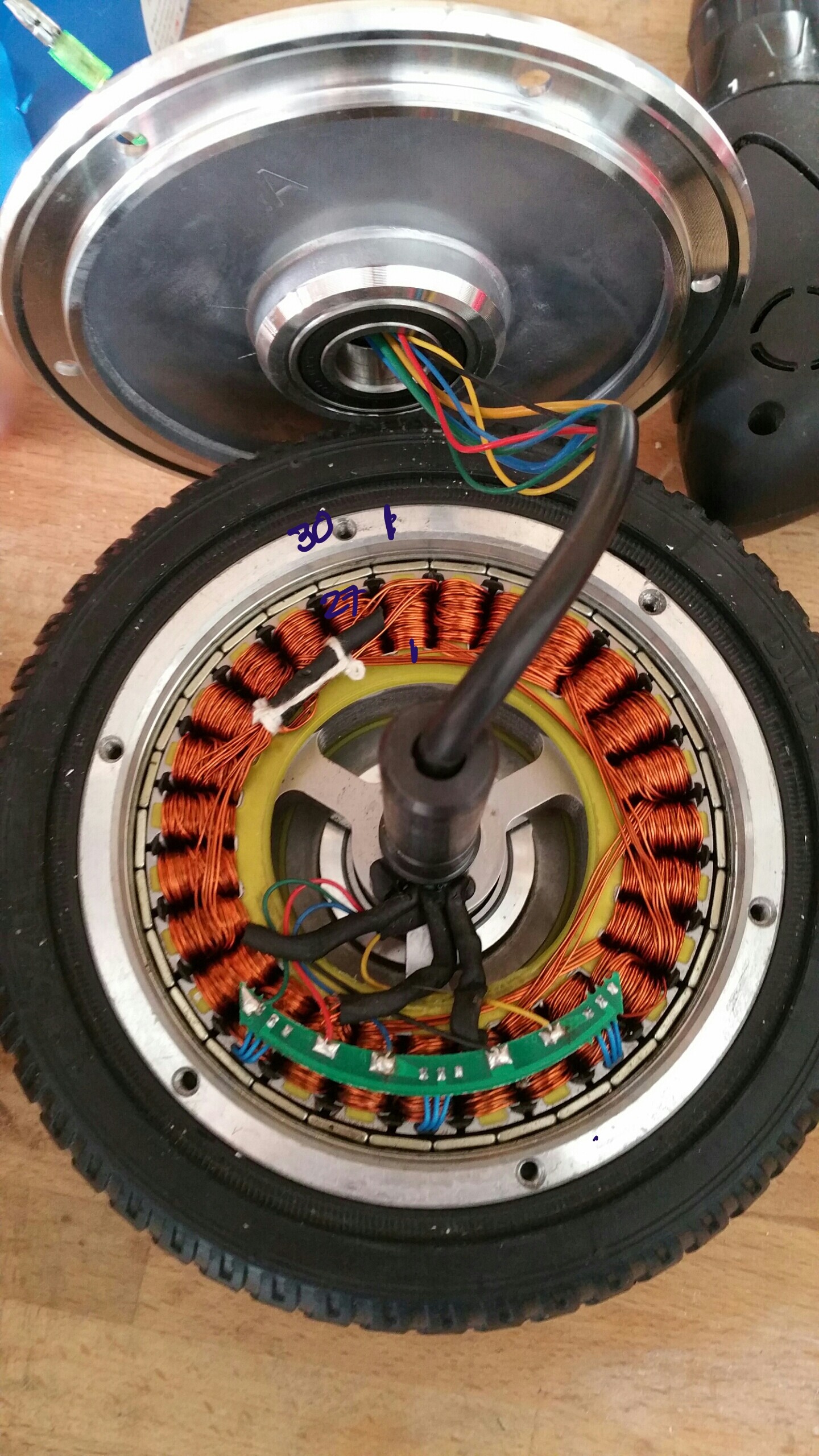 To test this, I created a simple frame to hold the two motors, battery and 2 VESC's. 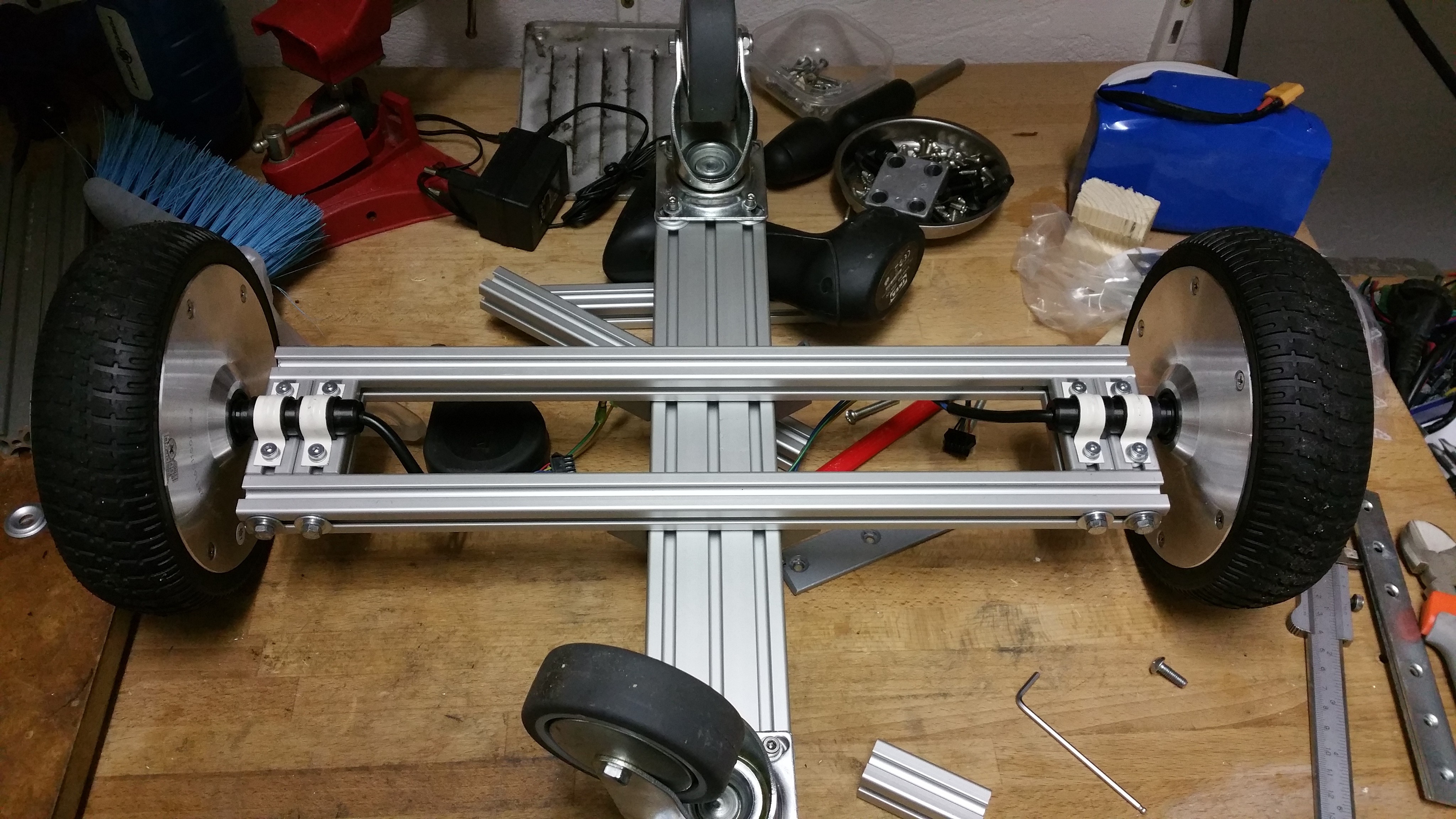 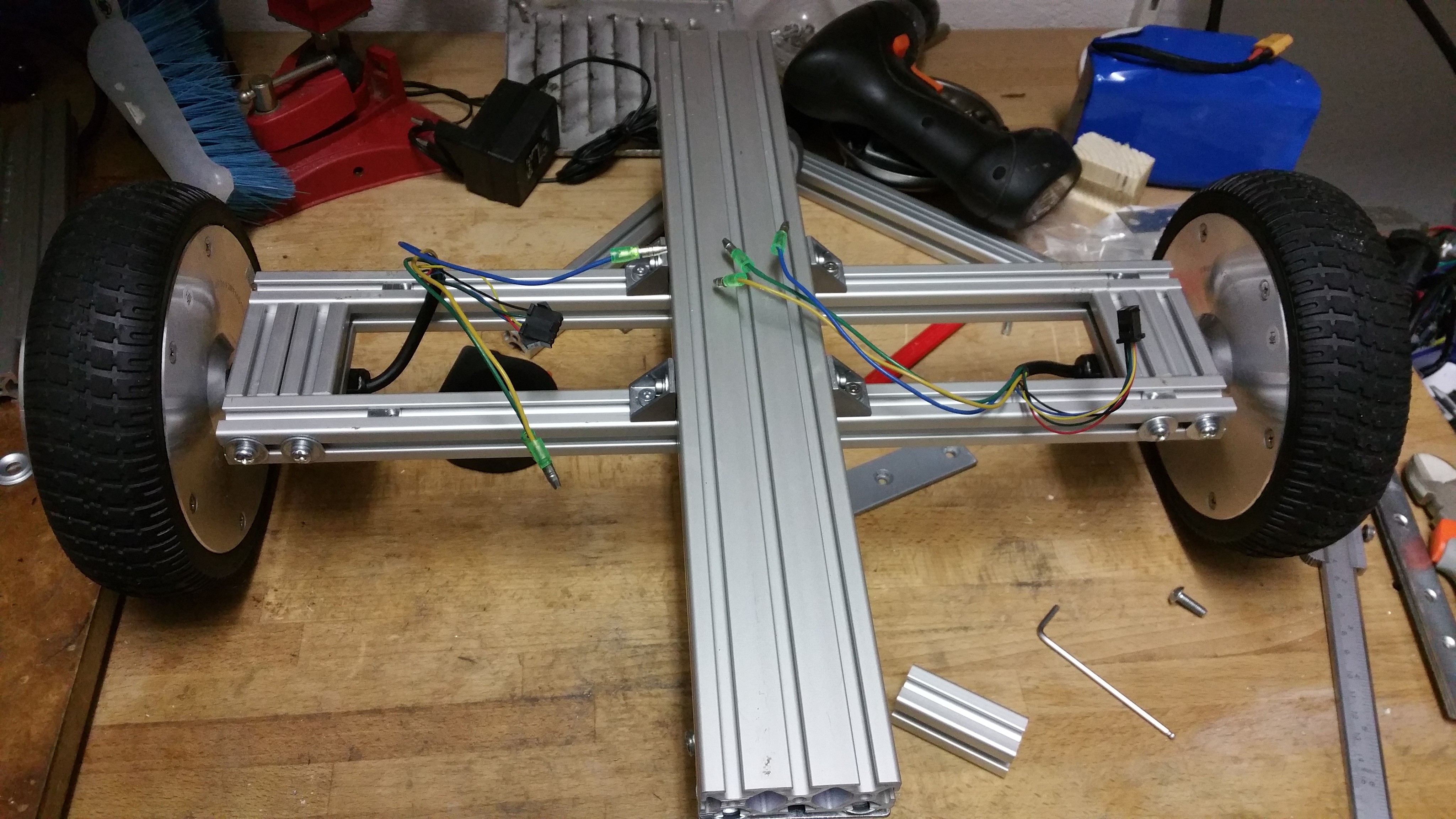 Note: in the above pictures I used some spacers for the mounting of the caster wheels, but still had too much ground clearance. So later I added a patch of 8mm polyethylene, readily available for cheap as 'chopping board' in a nearby 'Swedish' furniture store. 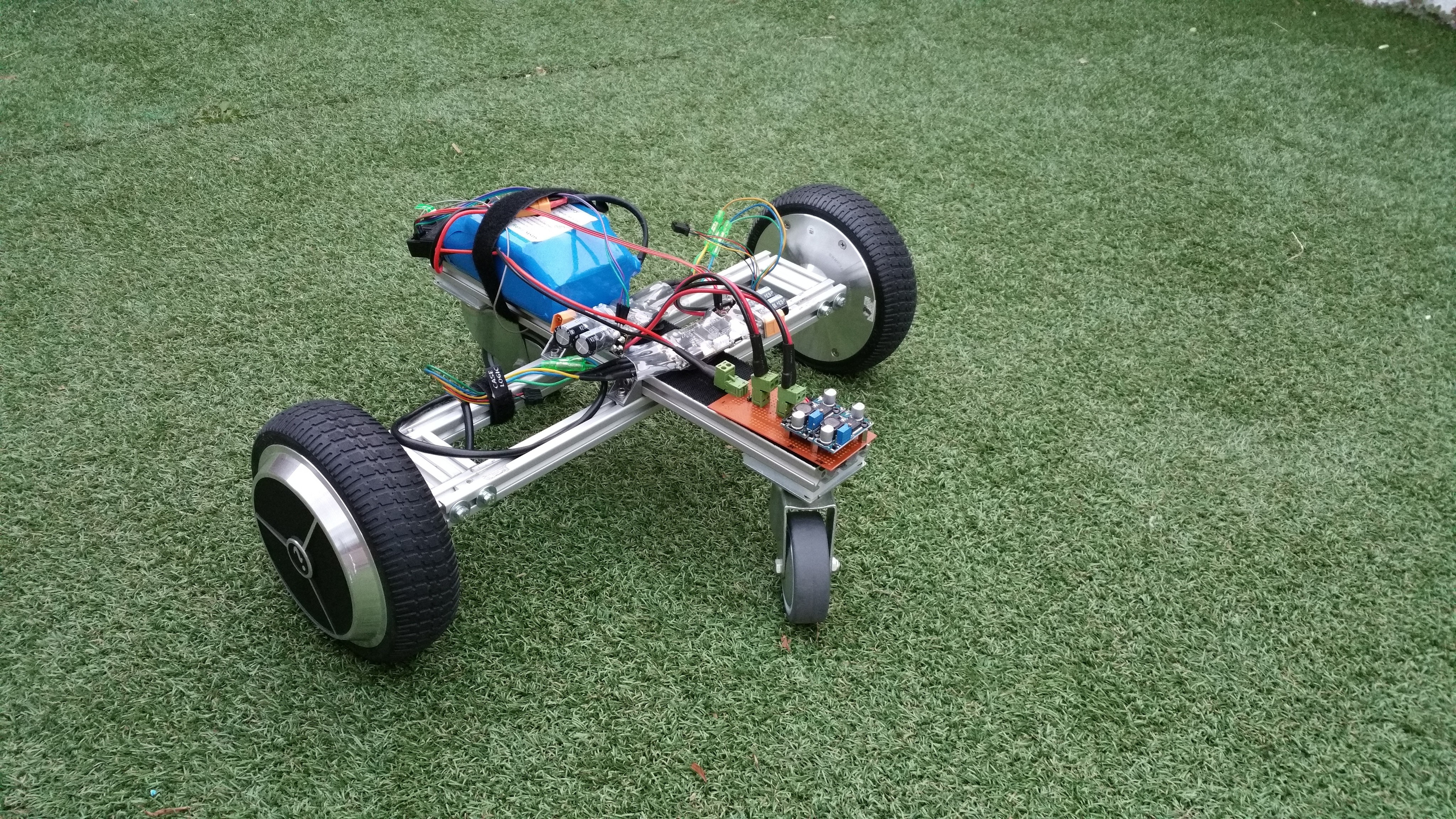 The video below shows the initial test. The throttle was limited to 40% to get to this low speed. The VESC's were configured in BLDC mode and with hall sensors. The radio received its power from one of the VESC's so the two DC-DC converters visible in the picture were not in use for this test. Note that most of the noise comes from the caster wheels having too much play.

Results were promising, so I could continue with the next step: integrating with ROS.