Using an LM386 low voltage amplifier I made a simple resonator to see what the output would be. A 470uF capacitor with the load of an 8Ohm speaker gave a useful frequency of 40Hz. Unfortunately instead of resembling a sine wave the lower frequencies became more of an asymmetrical square wave. This is still usable to an extent but not ideal for recreating an authentic sound. It would be best to make a more accurate sine wave generator to drive the amplifier and ring-modulator in tern.

Direct digital synthesis of waveforms is entirely possible, cheap, flexible, and compact using a microcontroller. But since I have the transformers and amplifiers at hand, and the Radiophonic workshop wouldn't of had microcontrollers, I want this project to be entirely analogue. 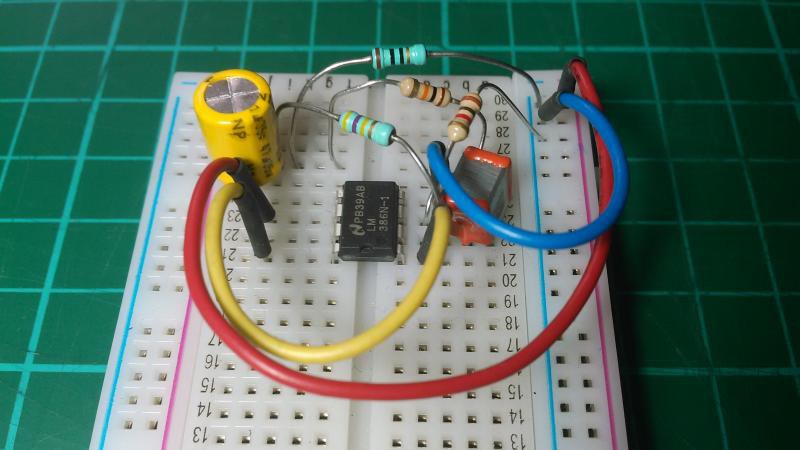 And it begins - Documentation