At the time (in 2012) Shapeways was just starting their 3D printing services, so I happily made use of them. Colored options were not yet available which means I had to paint them if I wanted another color but it was not much of a success. This 3D printing process at the time still used wax supports or something like that which didn't come off properly and I didn't want to use any harsh solvents. As a result the paint doesn't adhere well.

The design consist of two main parts; the main housing with the longitudinal sensor plus a small satellite housing for the cross slide sensor. It was the first CAD part I ever designed so it's a bit crude, but it's functional. 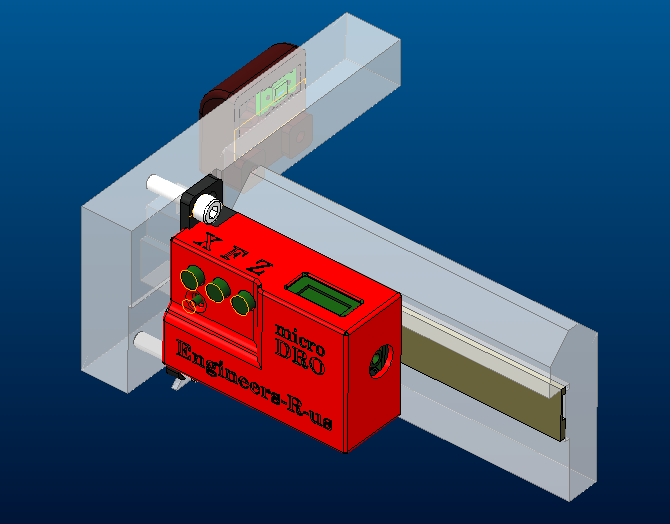 If you remove the satellite connector on the side the cover can rotate open to give access to the battery compartment. When closed the connector keeps it securely in place. 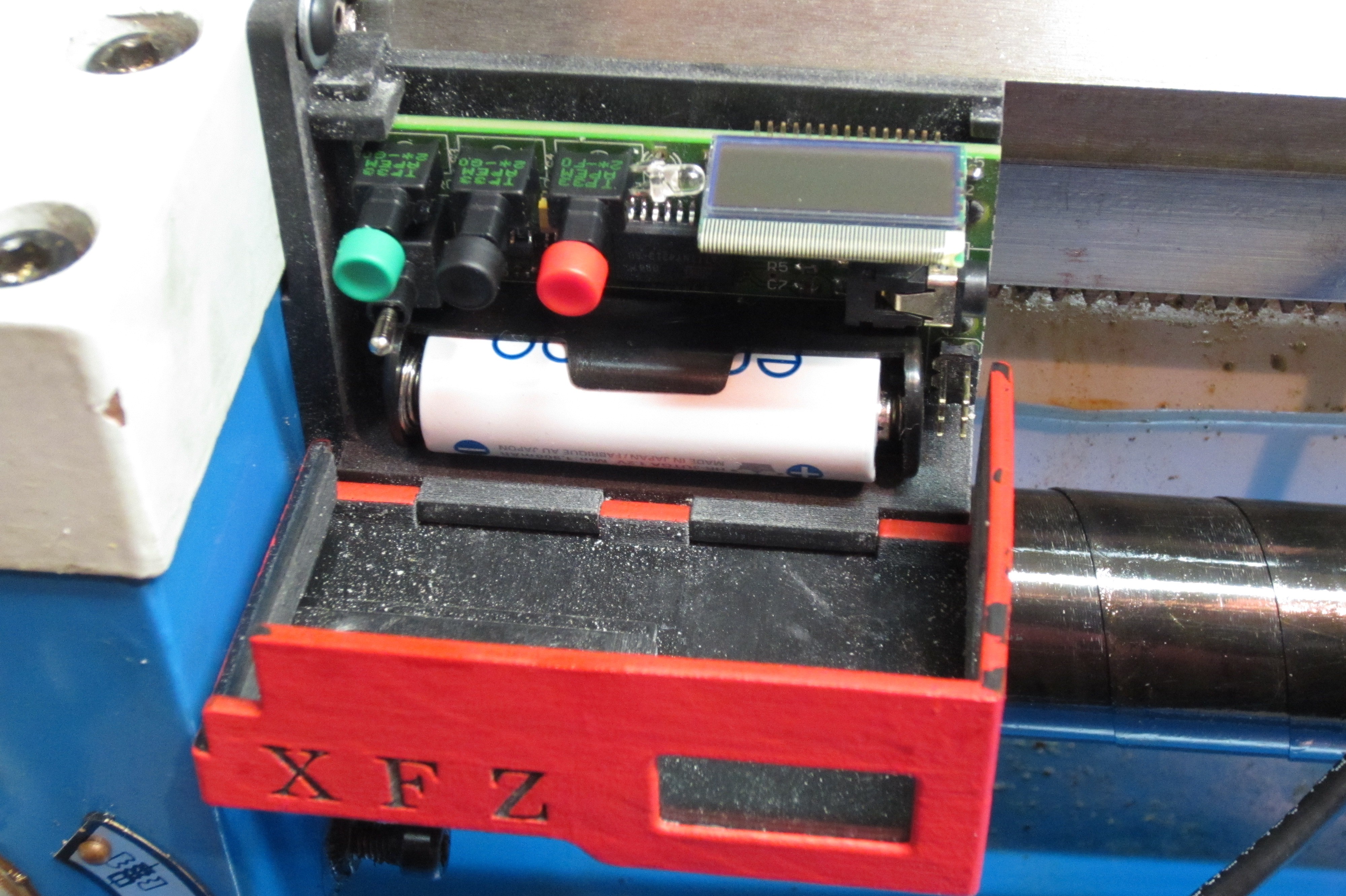 Things that went wrong:
- small pins to hold pcb were not strong enough and are breaking off. Splitting them four ways to snap into the hole didn't help. Should have made them solid or better, used some screws.
- the material warps, so now a few years later it's not straight anymore. The only issue is that it doesn't snap closed anymore but the connector hold everything together anyway.
- the painting obviously, but now you can just get colored plastic straight from the printer.....
- the holes for the buttons are fine when the cover is closed, but they slightly interfere during opening

The main sensor sits in a pocket behind the pcb, I added a conector later so I could take it apart again: 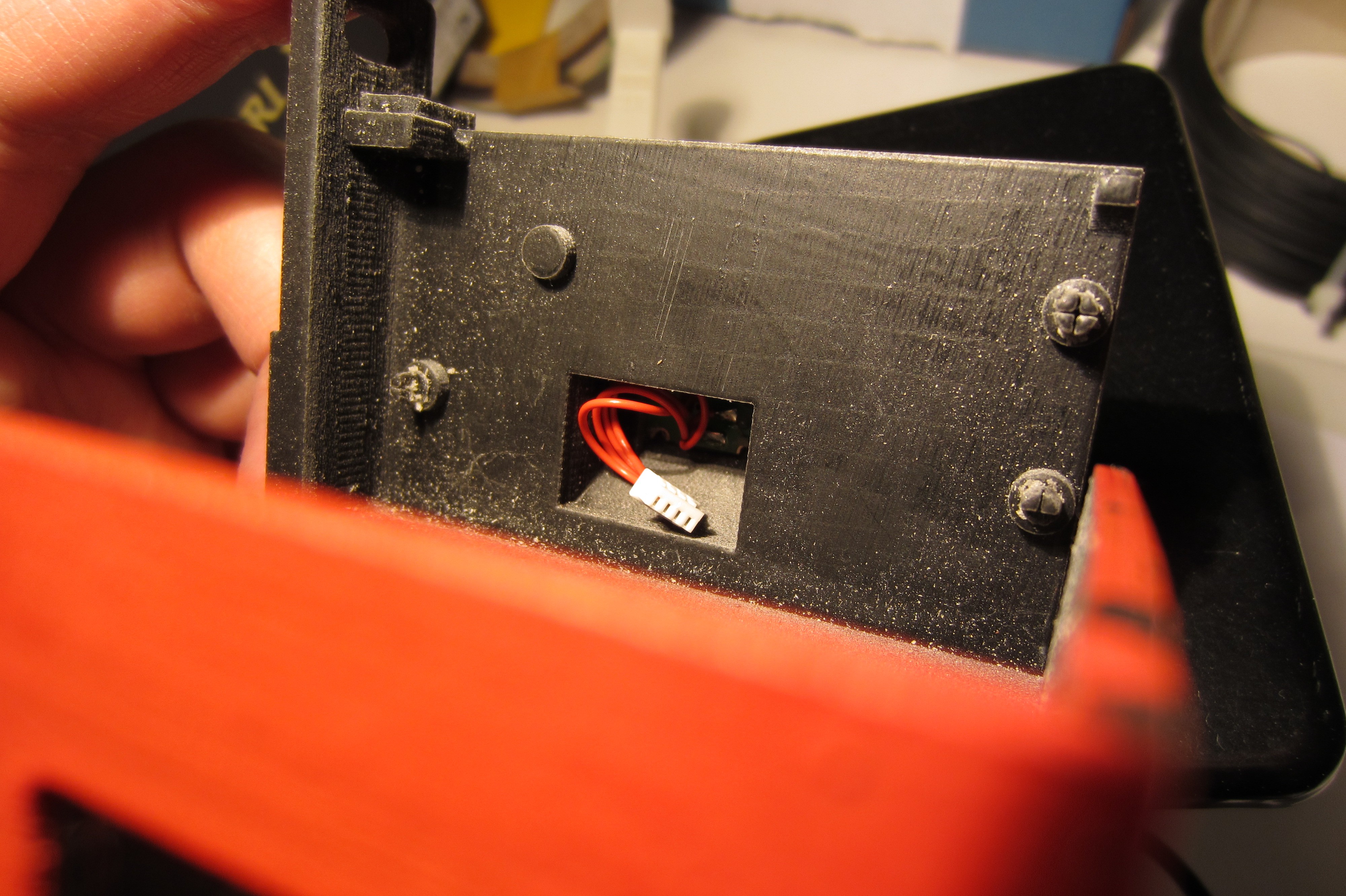 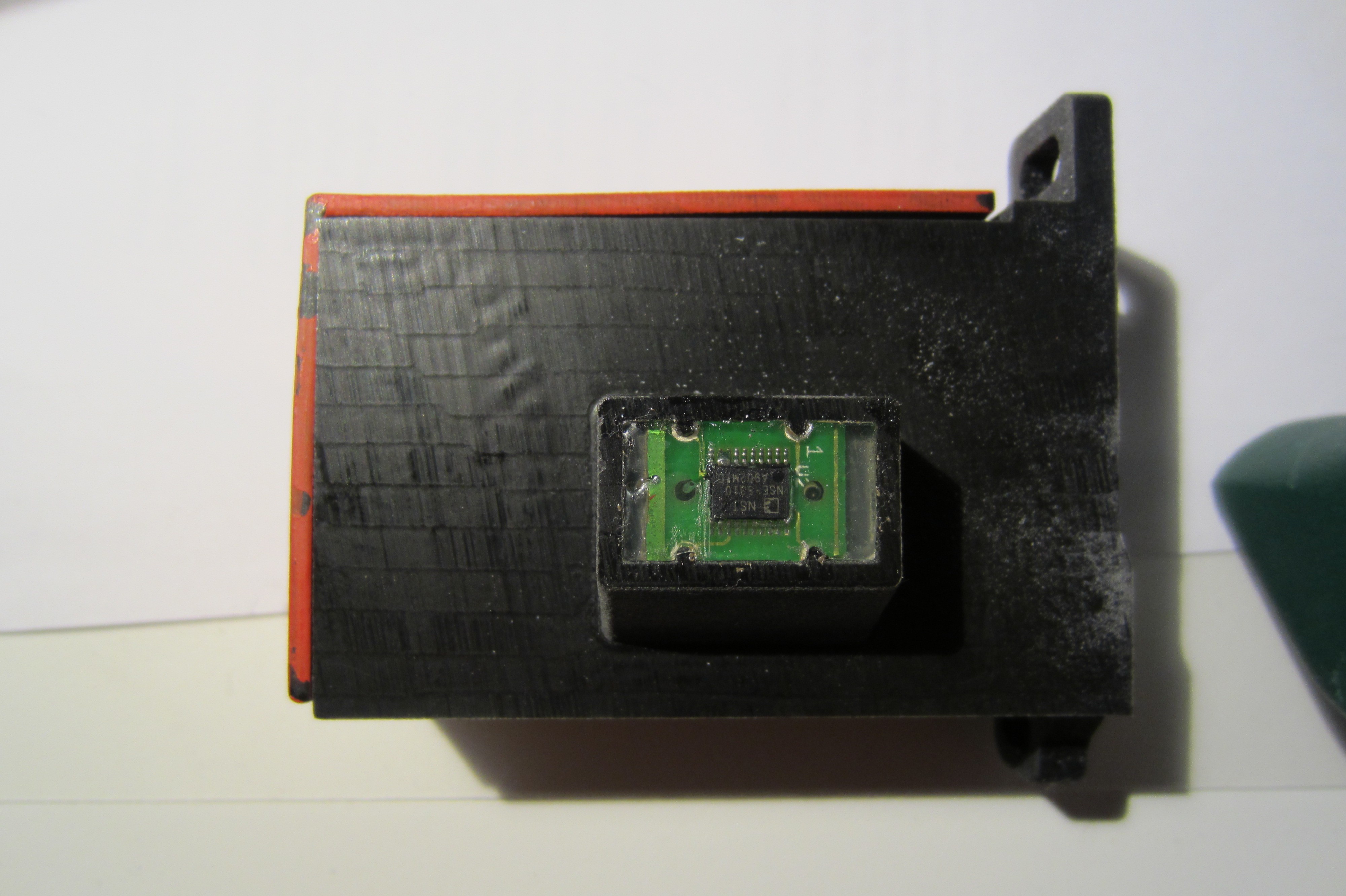 The satellite just holds a pcb with the sensor IC. The sensors are "potted" with hotmelt, which still works just fine five years later. 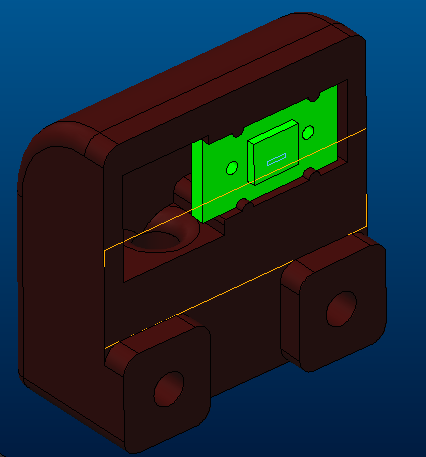 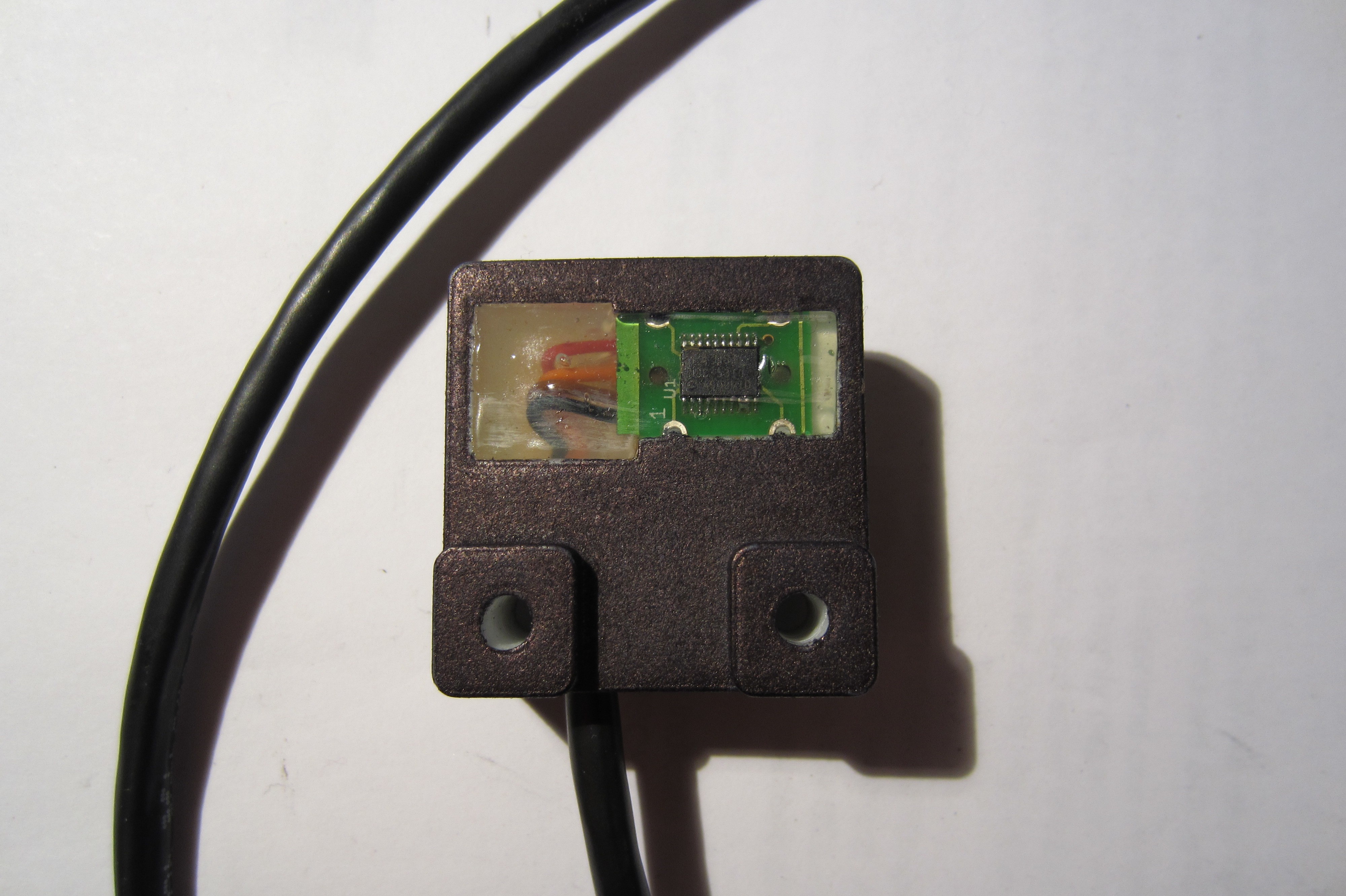 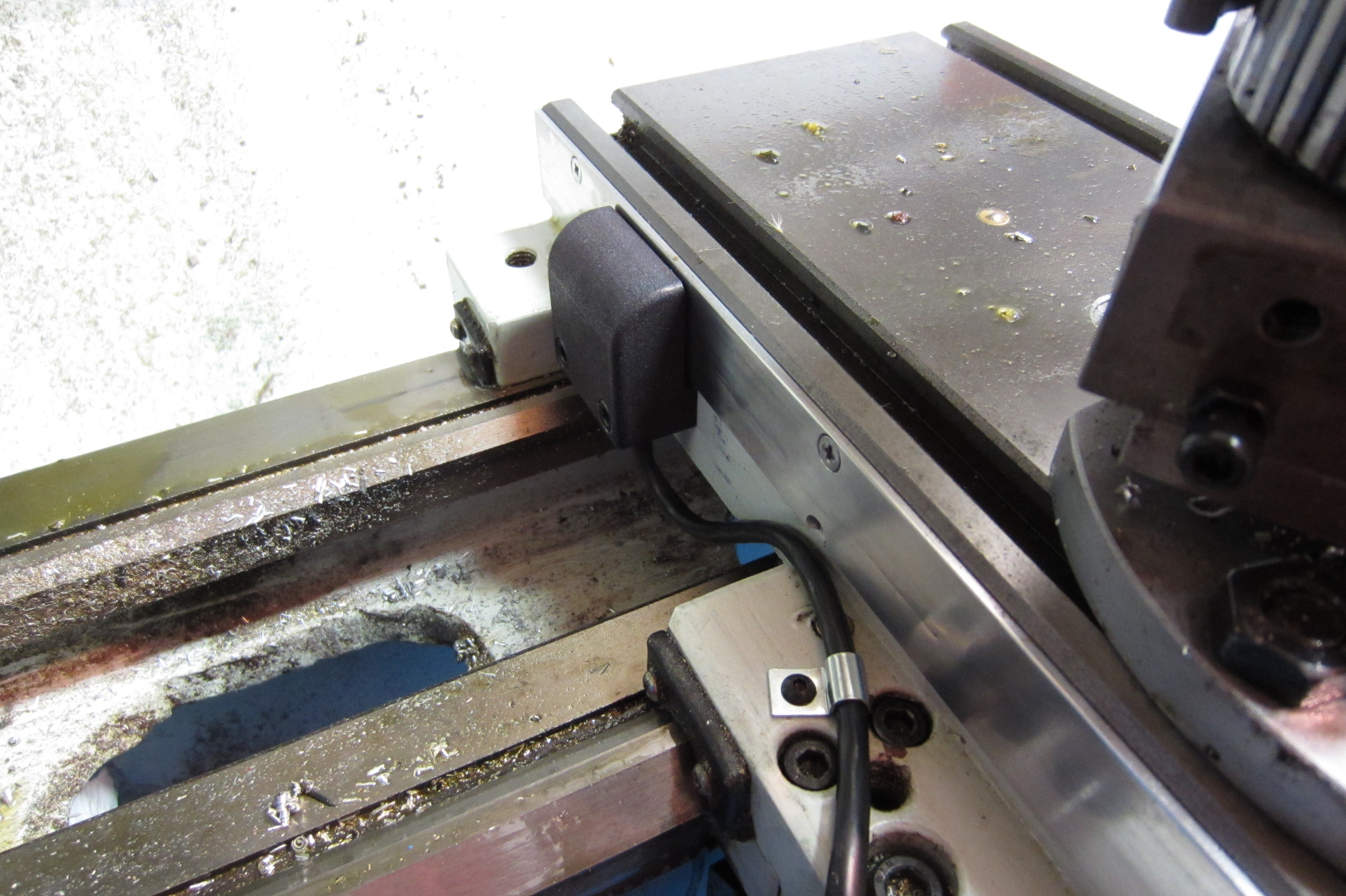 So, normally you don't mount the sensor on this side of the cross slide, but on the other side it would interfere with the tailstock. The magnetic target only adds 2mm to this side and the sensor is rather small, so it's not really in the way.