The display is a bit on the small side and as I came across Yuri's site here I thought it would be good to integrate a bluetooth link to show the numbers on a tablet.

I made a small board so I could mount an RN42 bluetooth module onto the programming port. 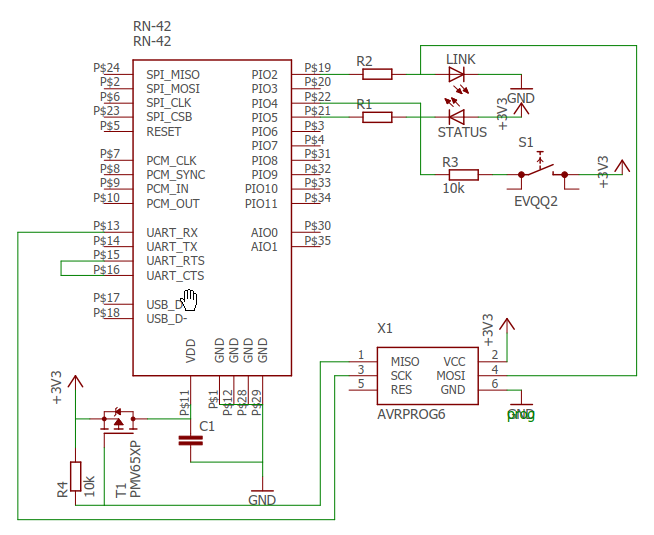 I didn't pay enough attention and found out later I only had one pin available. So after cutting those traces off the power control and LED control couldn't work anymore.

With the UART pins already occupied by something else, the serial stream is bit banged through a single pin on the programming port. Timing was a bit tricky as the serial stream shouldn't affect the reading frequency of the magnetic sensors.

Now the 2k of flash was really starting to hurt and I had to optimise the code for the lcd severely.

But, in the end it worked. Bonus feature was that it also displays the battery voltage on the Y channel so you know when it's going to quit on you.