The language used for software development was Java®. This programming environment evolves from C and C ++, but it eliminates certain aspects of the latter two and constitutes an object-oriented language.
Java® is a useful language for almost all kinds of problems, its download is free. Among its features are:
• "Client" applications are those that run on a single computer without having to connect to another machine. They can be used for example to perform calculations.
• "Client / server" applications: they are programming that need to be connected to another machine to ask for some service in a more or less continuous way, such as the use of a database.
• Web applications: Java programs that run on a web server. These applications receive applications from a computer and send to the browser (Firefox, Google Chrome, etc.) that acts as their client. (Rodríguez, 2016)
This computer platform was selected over other languages, for three reasons:
• It is multiplatform, ie with Java® you can do the same application written once and that works on any operating system: Linux, Windows, Mac, among others.
• It is free, you do not need to buy a license of any kind.
• Flexibility, when updating an application is not necessary to rewrite it, Java allows to use the same code and add new features without altering the initial one (Monillo007, 2016).

The software developed has a user-friendly interface, and an update of the received data automatically. For the same it is necessary to have installed the Google Drive® application, which will allow access to the files of the data obtained in the patient's cell phone from the health professional's computer.
The reason we selected the data to be uploaded to Google Drive® plataform is that the Android operating system that owns the cell phone was developed by Google® as well. This means that all phones have the application of Drive, which allows to synchronize the files of the phone with the readings made so they can be uploaded to the device of the health professional.
As shown in Figure 158: Software interface PCIlustration 158, on the left is a table where the first co-lumina indicates the date and time of the measurement performed, while the rest are for the values of the readings made in each of the 21 sensors that own the template.
To the right of the image, there is a drawing with the geometry of the template and inside it, circles that correspond to the location of each of the sensors.
On the lower left margin, is indicated from which folder is acquired the file with the readings obtained and to its right there are two buttons, one to update the files of the source folder and another to start the monitoring. 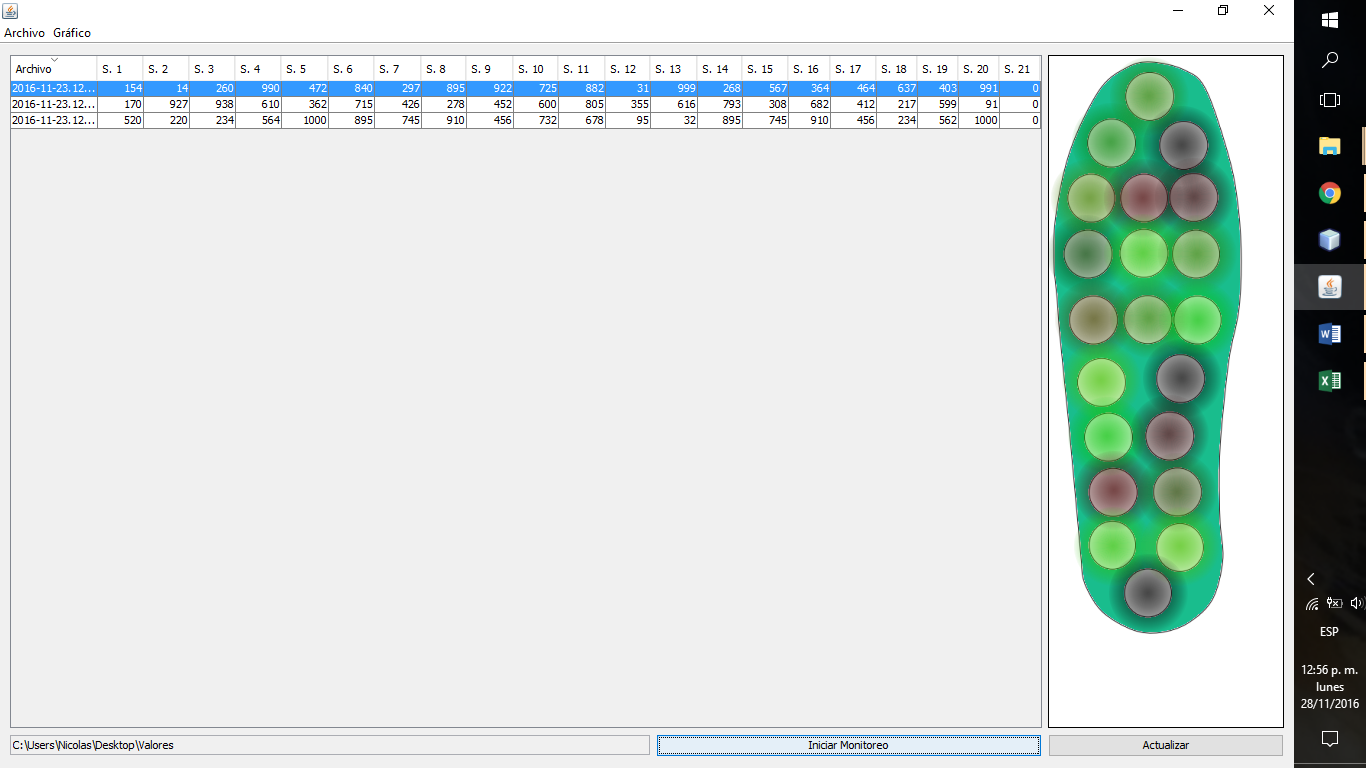 Another option we have is to transmit data direct to the PC via Bluetooth. In this case we use a processing code that works similar to the java soft. 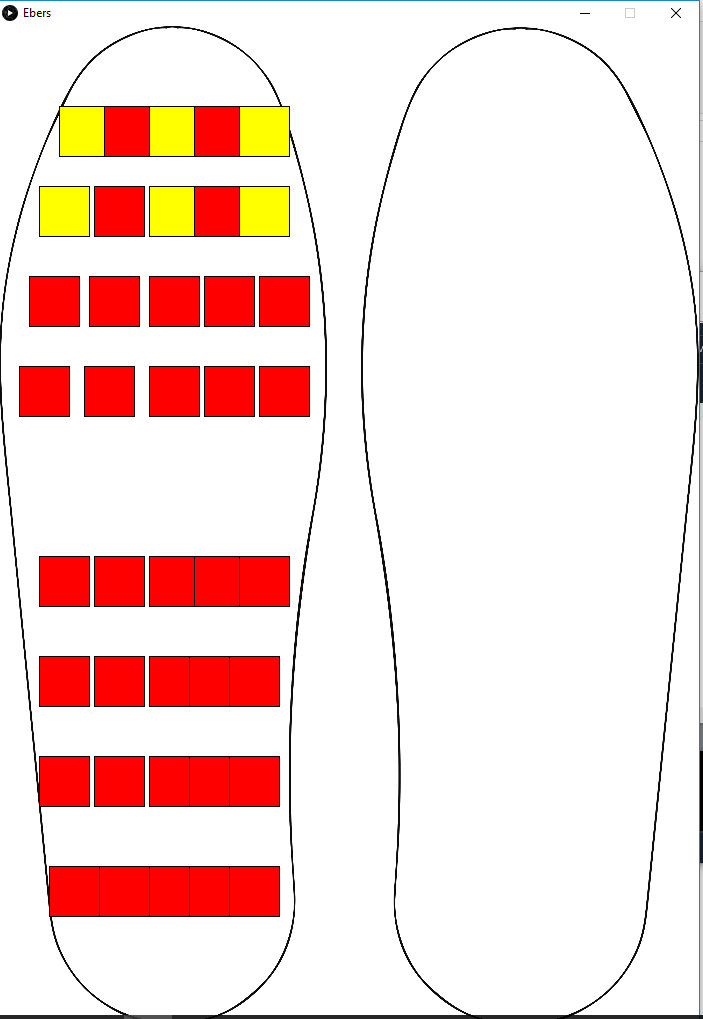