As I already said, because of the locking of the box, the flow of the cigarettes from the tank must be infallible otherwise the project is not feasible.

It's a bit like a mikado game, when you remove the cigarettes very slowly it may be that it forms an arch, and no, I will not tap the side each time.

I had thought of a lever to slowly lift the cigarettes at the rewind and make them fall at once, but I'm not so sure it would work.

Instead, I think of putting two rollers that turn in the opposite direction of the flow. It takes less energy and it should be enough as a stir. 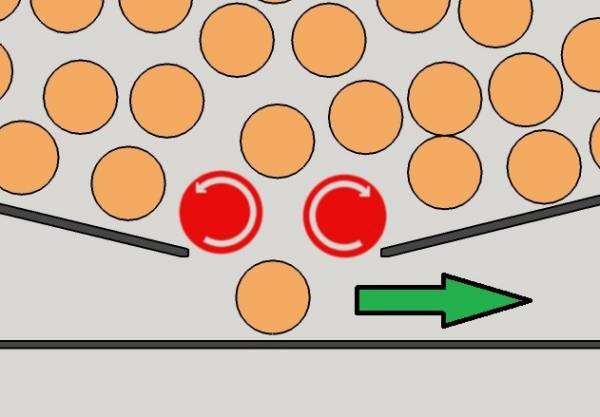 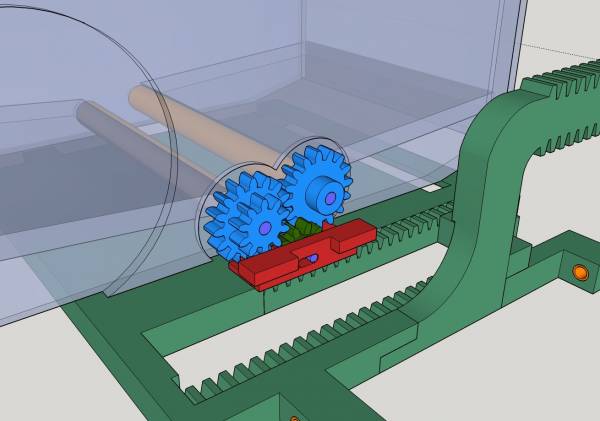 The green sprocket is movable, the rollers must only rotate in one direction and only when the mechanism is raised.

The plexiglass reservoir is finished and we see here an example of vault formed by cigarettes, exactly what we want to avoid: 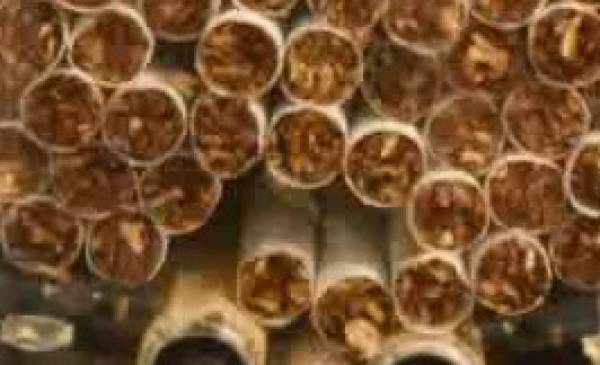 After a lot of unsuccessful attempts of which I will spare you the details, I finally opted for two cylinders that turn in the same direction:

With a profile that resembles Torx, which makes it possible to move one of the two plates of the bottom to move the tank.

It works well, it is extremely rare that the machine can't catch a cigarette, no untimely opening (the counter stays at 0).

I still have a little problem with a cigarette that comes occasionally across and blocks the ejection, as at the end of the video. It is not prohibitive, since in normal operation it would only make a stuffing per year and it would be possible to release it from the outside trapdoor.

But it stops the test bench by stuffing 18 cigs and that is unacceptable.