At the beginning my story I would like to say, that this was my first time to IOT topic. I'm a complete beginner, but one thing I have is the desire to known new technologies.

I use Micropython (http://micropython.org/download) it is a firmware for the #esp8266 boards.

At the beginning I don't underestand how it works, but I have read a lot of webpages and articles about it. The first success when I could turn on and turn off Led :) Next I bought distance sensor, temperature and humidity sensor....

Next I bought the engine but I didn't know nothing about. So I bought two engines SG90. Unfortunately turned out, that it is only the servo engine :(

Together with my son (7years old) we used old lego car body and double sided tape :)

Then we used the battery 9V to power the motor. 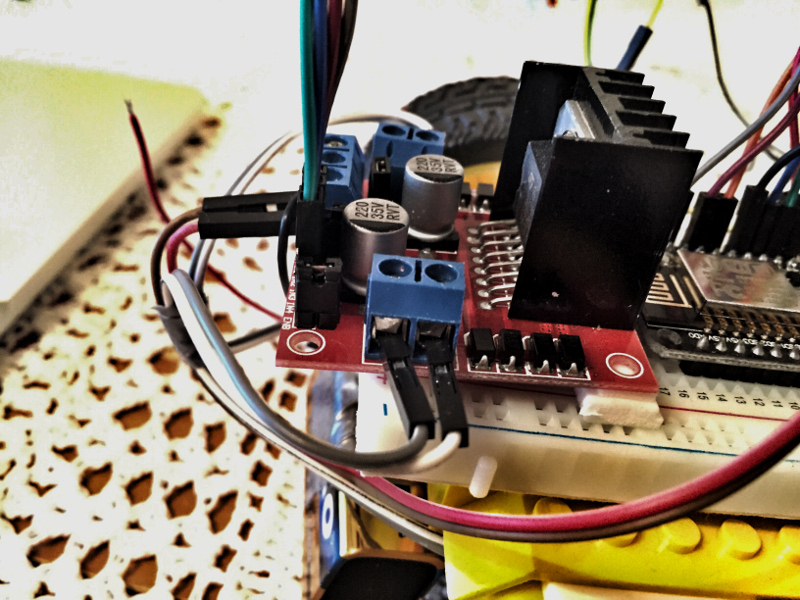 When it comes to steering and turning sideways I used trick. For example if I wanted turn left I used left engine 30% power and right engine 80-100% power.

Everything works fine in python console.

Python code is on my github:

Afterwards I wrote wifi connection to my mobile phone, simple webserwer and web application to steering a car.

It was a great time with my son, we made a simple car with the steering by mobile phone or any devices with the use of WIFI

That looks just great - i like the approach doint this with ESP 8266 and micropython. I will try to go this way - greetings