The defect riddled 1st board

Yet another board begins with discontinued but extremely overspeced components. The AK4524 came from a 17 year old Terratec EWS 88, a $600 sound card which no longer works on any modern computer. The lion kingdom used 6 of its 8 channels exactly once, to watch Gladiator in 6 channel sound. It was later used as a 48khz oscilloscope.

It has a temporary power supply, with plans for mounting directly on a raspberry pi.  The mane problem is the through hole crystal keeping it from laying flat.

What is the point, when a tiny soundcard for a raspberry pi is virtually free? It's about getting better sound quality from the headset microphone. 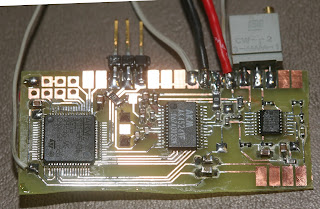