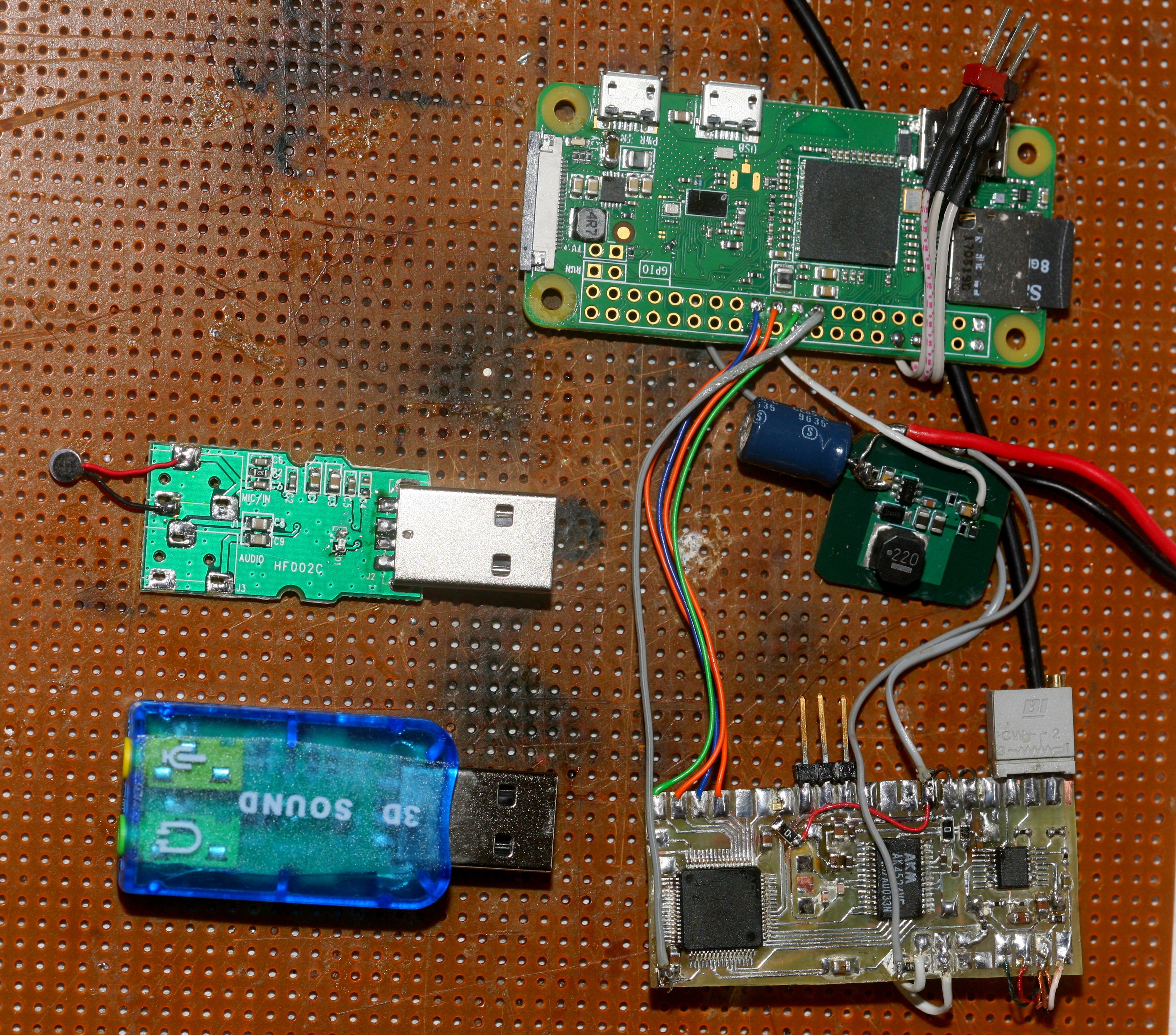 The Generalplusses were infinitely smaller than the custom solution & the noise would be undetectable, compared to the microphone noise.  The problem with the custom solution is many days passed without an enclosure emerging for it.  The gain control would probably be adjusted only once, but it was a pain to access.  The noise floor would never be reached, in the field, without shielding.

Setting gain with alsa requires 1st getting the card number with

Then passing the card number to the -c option, along with a bunch of other options.

sets the microphone monitoring to 13 & gain to 24

There is no knowing before doing