An old Dustbuster gets a new lease on life when its worn 9.6V NiCad battery is replaced with a 11.1V Lithium Ion battery.

All the investigation and planning has led to this point: cutting apart the old Dustbuster and the unused NEXTEC LED work light so we can put them together into a NEXTEC-powered Dustbuster. Time to deploy the Dremel and install the cutting wheel!

First the components are set out. The original plan, outlined in red, was to cut off the Dustbuster handle up to the flat internal brace, and cut the work light hinge so it will clear the Dustbuster body. 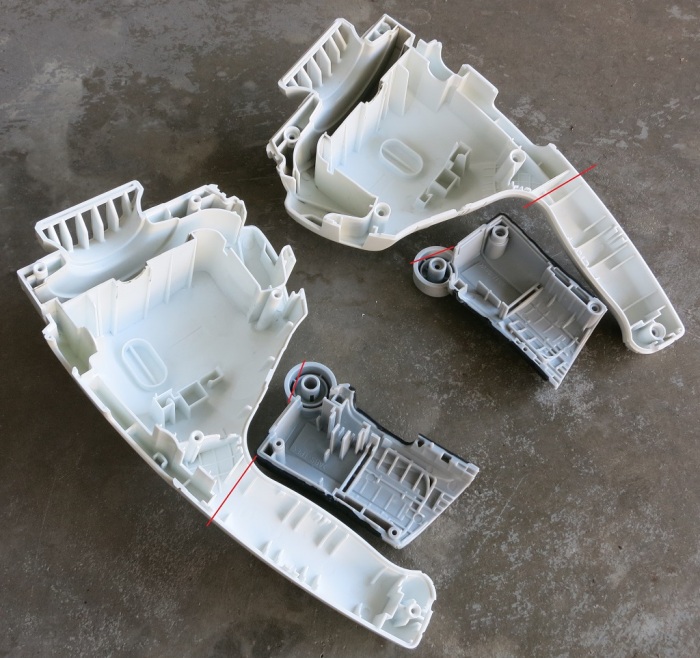 The handle cutoff was straightforward, and once the handles were cut off the pieces could be put up against each other. Once in place the Dustbuster body curvature was found to be more complex than originally expected, making it tough to cut the LED work light body to fit. However, the work light hinge mechanism is a simple cylinder that is almost the same diameter as the Dremel cutting wheel. It would be much easier to cut a scallop into the Dustbuster body to accommodate the cylinder so that became the new plan. (Red arrows.) 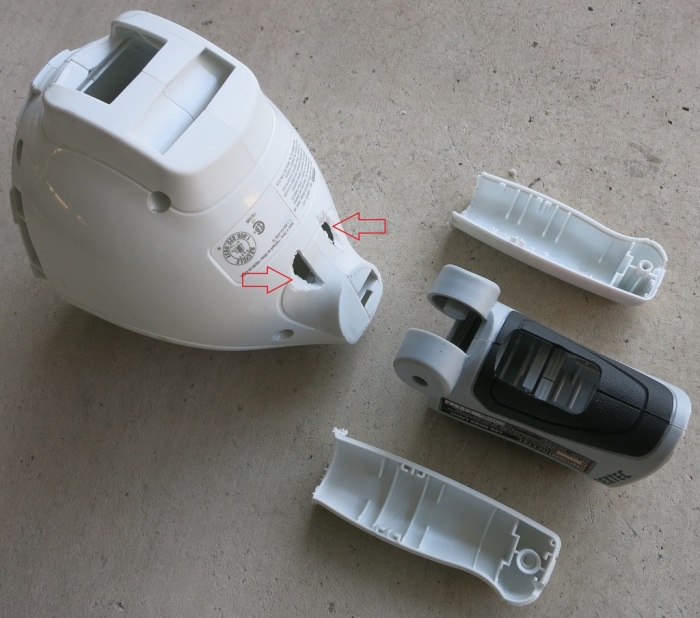 While the now-exposed flat brace inside the Dustbuster body is indeed flat, the front face of the work light body turned out not to be perfectly flat. As a result they didn’t mate flush so we’ll needed adhesive that can bridge small gaps. A search of adhesives already in the workshop nominated the Loctite construction adhesive for the job. While applying the glue, the center had to be avoided since we don’t want to glue the two halves together.

The instruction for the adhesive said to brace the joints with physical force while it cures over 24 hours. So the two parts will be held together with a small clamp while we wait.