Today is sort of a big update. After many hours of working and researching I have finished the prototype designs for both the analog and digital sensor modules. Originally I was going to have one sensor module that did both analog and digital with the idea being I would fabricate a lot of these and just keep adding as many as I needed. I decided to go the more modular route and have a digital sensing board and an analog one. The main new addition this post is the digital sensor board as the analog one was only revised. The digital board is essentially an I2C multiplexing node designed to interface with 4 I2C sensors, provide them with power, and poll/aggregate the data for transmission to the DyIO via UART. The idea is to use a pair of these modules per grow unit and use I2C humidity and temperature sensors. Working on the digital sensing board brought in many new features that are now on both the analog and digital sensor modules and will be standard with all future modules. The features introduced were a standard form factor with mounting holes (M3), separate power connector for 12VDC (Molex clip), Galvanic isolation of the UART signals on the MKL05 ARM CM0+, and a separate connector for UART serial (Molex clip). Without further do the digital sensor module : 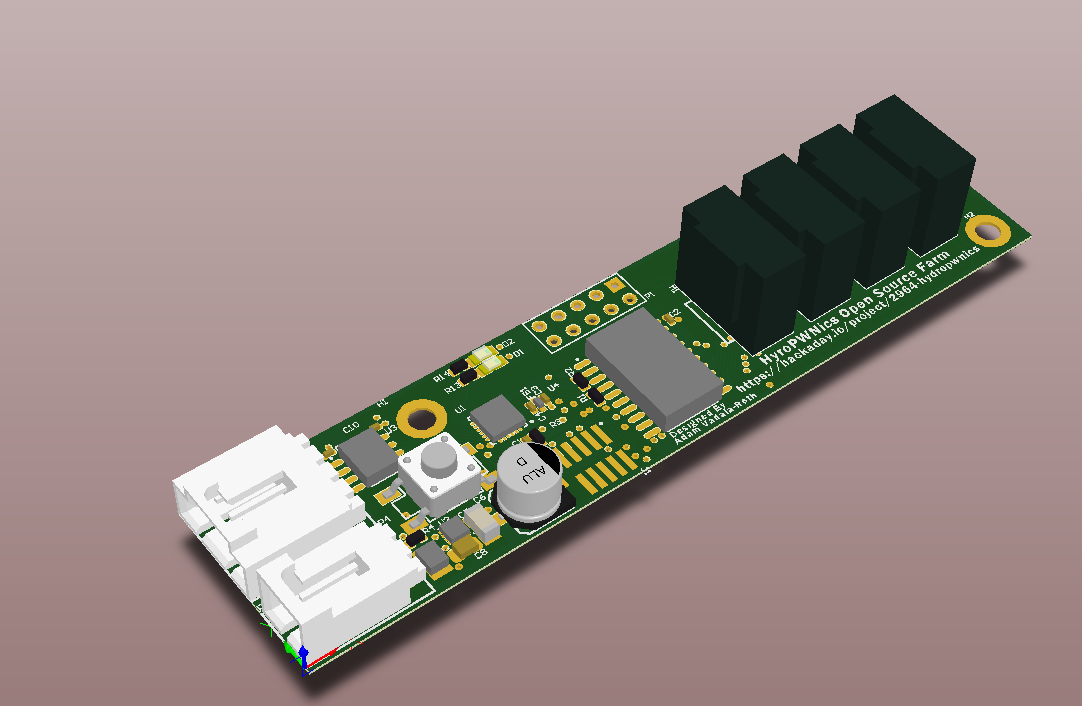 With these two modules designed I'm ready to start fabricating prototypes, I will probably get them done via OSHPark so I have a few of each to play with. Stay tuned for more updates, the next big board will be the UART multiplexer power dispatch module! Source and schematics (PDF) found at the following Github Repository:

Updates and The Addition of Water Quality Monitoring