So on Monday my LightBlue Bean prize came in (thanks again Hackaday!!!!!). When I got it I took some unboxing photos for you all, so check em out: 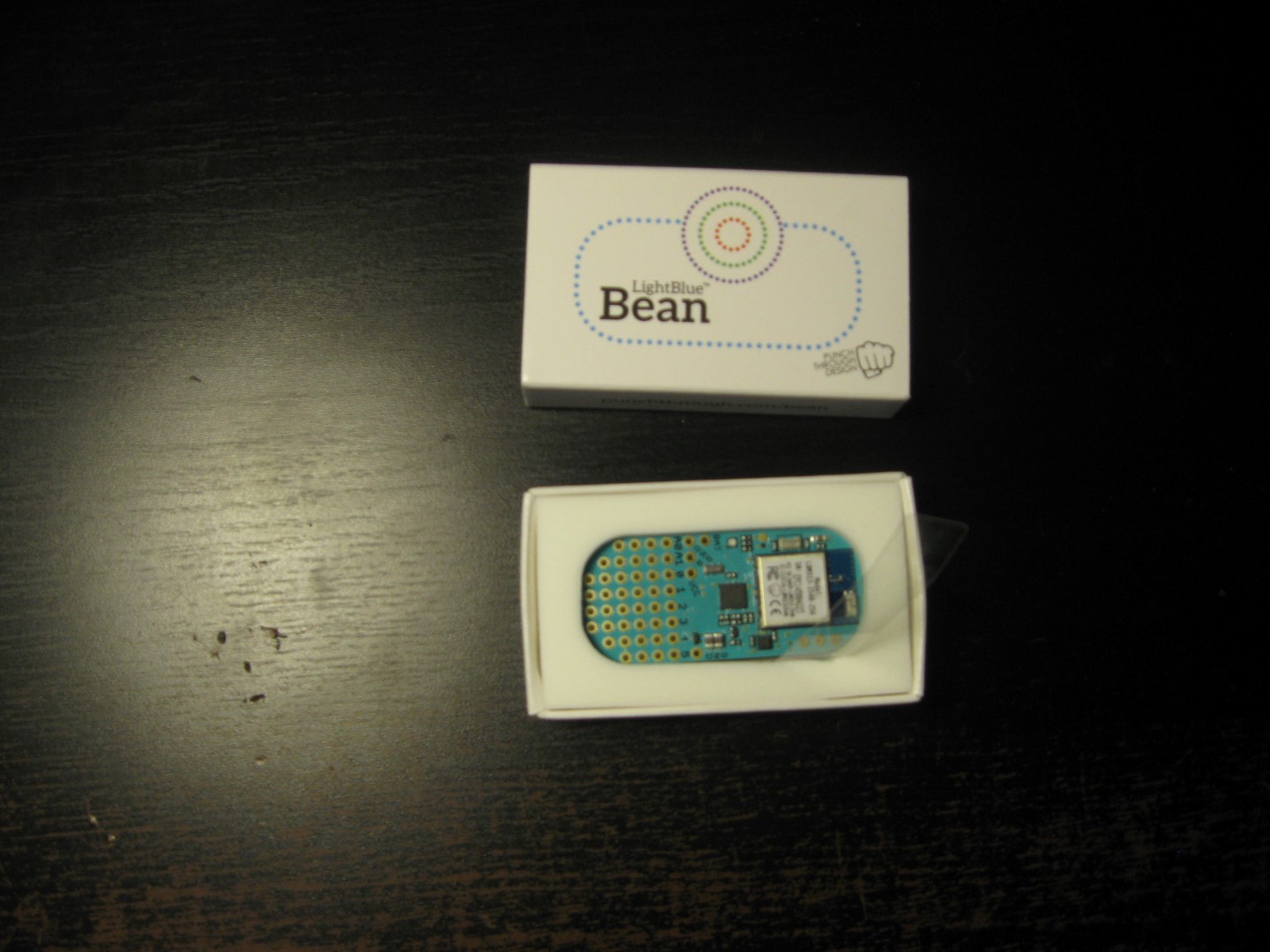 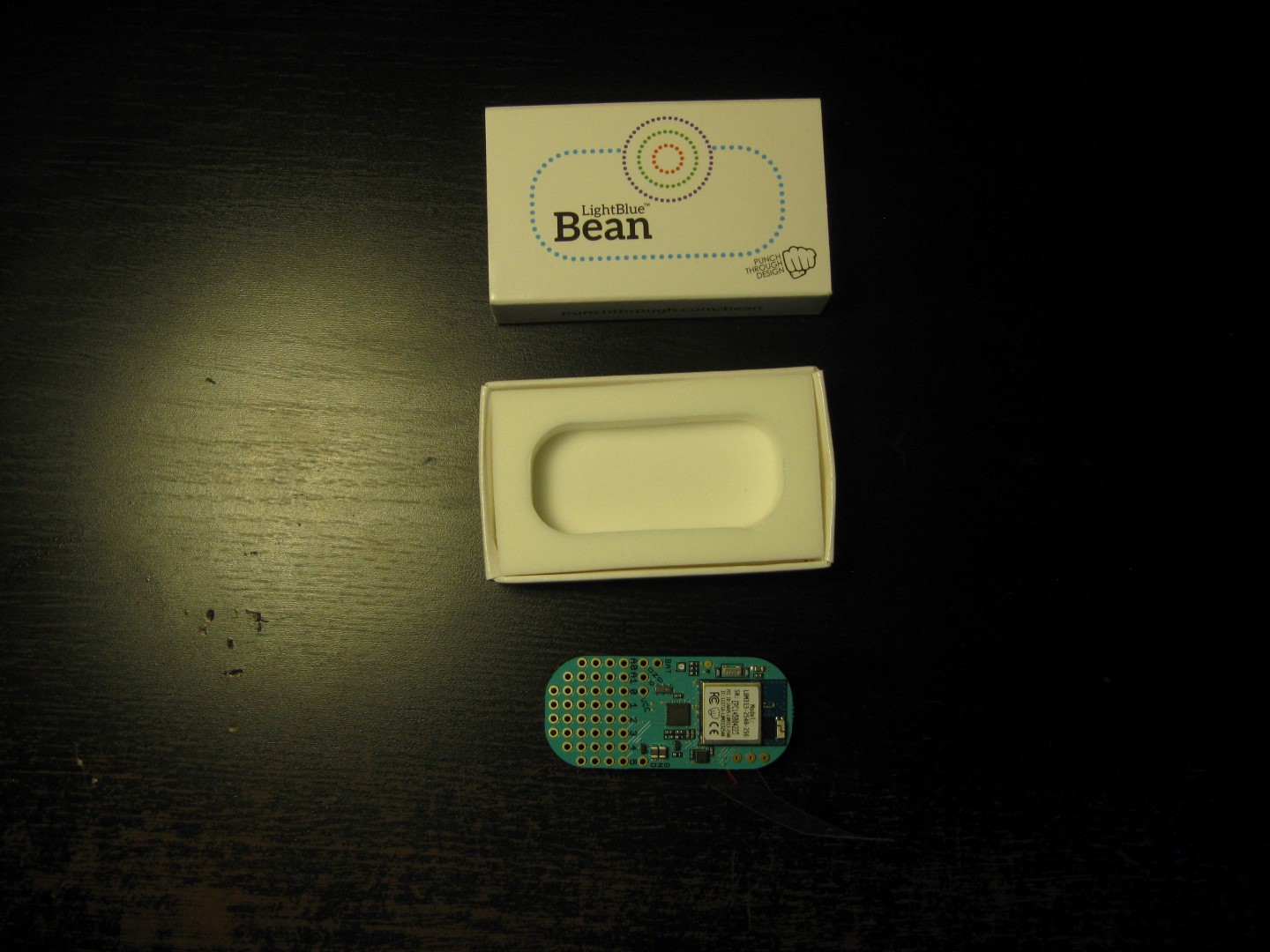 Out of Box Bottom So overall the Bean is a pretty neat piece of hardware ans I must say fairly well laid out (tiny PCBs can be tough). The compactness is very impressive but I have to say the low power and battery life take the cake as far as cool factor. If your applications are developed such that you sleep peripherals and turn off things you don't need, you can get up to a year of batter life with the Bean, that's pretty impressive out of the box. Also can purchase the BLE module separately from Punchtrhough as well as a comprehensive dev board. The ability to use their awesome low power module is a nice plus especially because its FCC certified. I think my focus next time I play with the Bean will be exploring the BLE module more, I'd like to use it on some of my own designs.

The software for the Bean is interesting to setup. When I got the bean I setup my laptop with all the appropriate software, one thing Windows users should know is that WIndows support is still relatively new. Since my mac died in December I've been rocking Windows and Linux PCs in its place, it seems the Bean is best supported on OSX and iOS, if you are on a Mac you might have a better time than I am. Anyways in order to use the Bean with windows you need their Windows 8 app (Windows App Store), the Arduino IDE, and their patch to allow the IDE to compile code for their board. The App is handy (especially for me with a transformable tablet laptop Thinkpad Yoga S1 in case anyone's wondering) it allows you to test out functions, read the sensors, and blink and LED all from pressing buttons on the app. I should also note that pairing the device is pretty easy, just open the Settings app on Windows 8 and pair it in the add devices menu. The only issue I ran into was the app was failing when attempting load a compile project to the Bean, and I cannot figure out why as of yet. If anyone else is using the Bean with Windows 8 I would love to know how to get it to program (hopefully its something I'm overlooking), so feel free to comment! Another thing I should note is that it seems that there isn't much support for Linux that I know (official support) which is bothersome as Linux is my OS of choice for embedded software development, hopefully Linux will get native support in the meantime, users can solder pins on and hook up ISP programmers (might go this route on windows too), I might do this myself just to keep all my dev environments in the same place.

As for using the Bean in HydroPWNics I didn't have very many ideas at first since I had planed on using the ESP8266 ESP-12E module, but then I had an idea. My idea is to make a standalone weather station for deploying HydroPWNics systems outdoors. The idea came to me upon seeing rechargeable solar powered garden lights. My first thought was "that is a dedicated low power solar power/storage center and a waterproof enclosure". These lights are cheap (between 5-20 bucks each) and would make for a great starting point. The reason why I'd want to do this with the Bean is that it is low energy and I can place it almost anywhere and have it provide data to the garden. The ability to place it almost anywhere will allow me to place it in a location where it can get accurate sensor readings, instead of forcing it to be close to the garden. The Bean also has a temperature sensor, and if I create some sort of moving mounting system I could use the accelerometer to monitor wind! At the moment the wireless weather station isn't the highest priority but later down the road I will explore it more fully. Thanks again for reading and thanks to Hackaday for the awesome Prize. Stay Tuned!!!!!!!!!!!!!!!!!!!!!!!!!