The Robotic 3rd Hand is worn on the forearm and hands you a tool right when you need it. 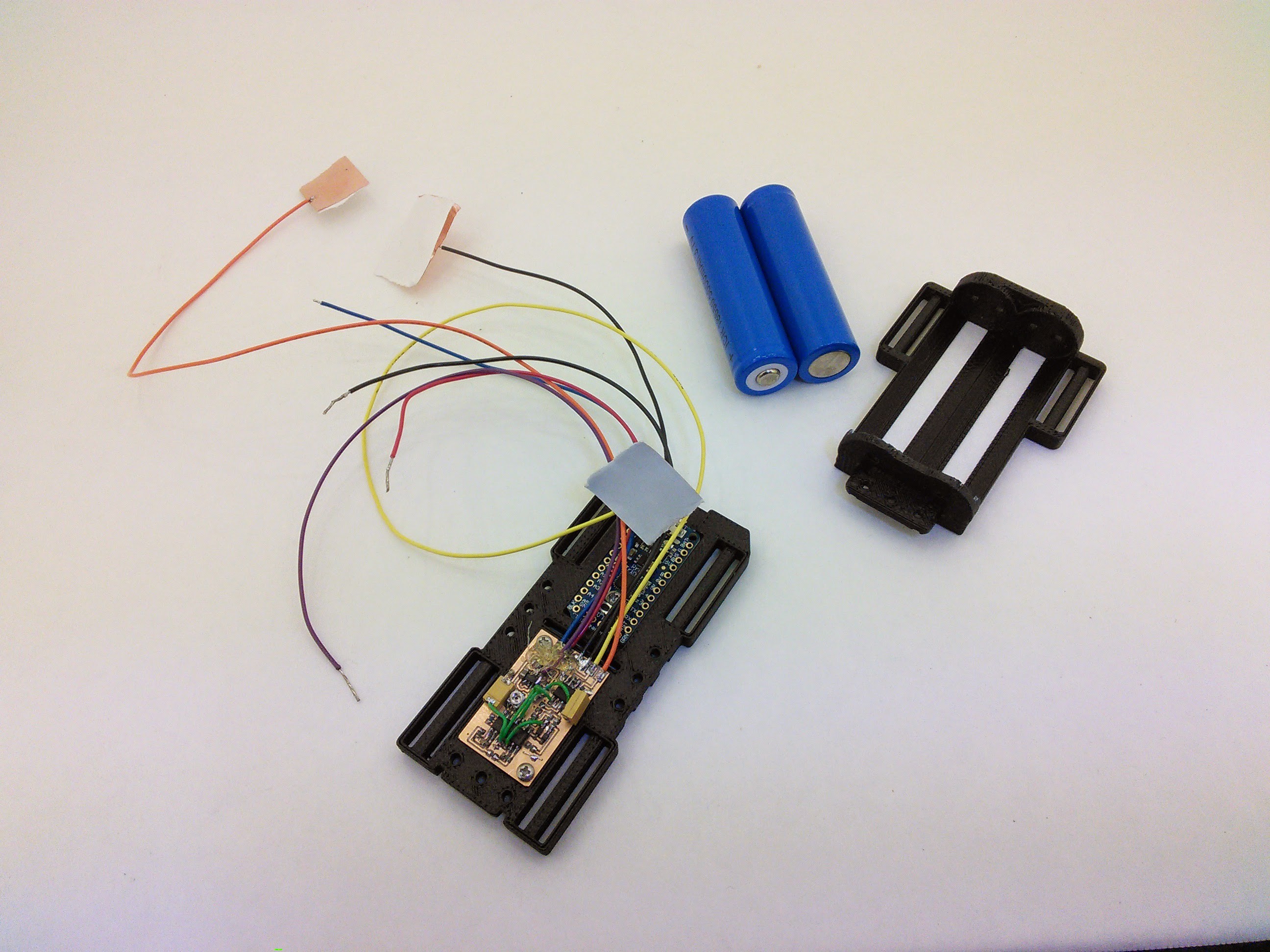 Since my last update I populated my EMG sensor board and made a few changes to the design. I had put down a MAX1720 switched capacitor voltage inverter to create the negative voltage, but found that it's switching noise was corrupting the output of the first amplifier. The MAX1720 has an ~11kHz switching frequency, making it very difficult to filter out. If I was using something based on an inductor with a ~1MHz switching frequency it would be very easy to filter out. I used series 35 Ohm resistors followed by 47uF caps for both the V+ and V- supplies to filter them. This seems to have been enough to fix that issue. However, while testing the next day I forgot that the absolute maximum Vin of the MAX1720 was 6V. I tried the EMG board with 6V while troubleshooting what was actually a probe/skin interface issue, as I remembered that all the OPAMPs should be perfectly fine at 6V. Sadly, that blew up the MAX1720. So for the time being I've wired around the MAX1720 using 2 18650 battery cells to test. Once I have everything working I'll replace the MAX1720. I bought 2 of everything when I ordered my EMG parts last week. :0) I figured that something like this might happen. With the batteries I have confirmed that the EMG circuit is up and running. I 3D printed up a test carrier housing for the EMG board, trinket board and batteries. I find time and time again that it is best to have boards in some sort of case / development fixture when I'm working on things like this. With the wires all over the place traces get ripped off of boards, or random screws on my workbench will short out the connections on the board. I integrated a belt loop feature on the side of the test carrier so that I could strap the whole things to my arm for testing. I just determined that the loops need to be improved because the elastic material that I got to use as straps doesn't stay put in them like I thought it would.

With the batteries in I didn't have any way to measure the current draw so I busted out my mega-sweet Seek Thermal Camera to see if it was getting hot. It was not, so all was good. 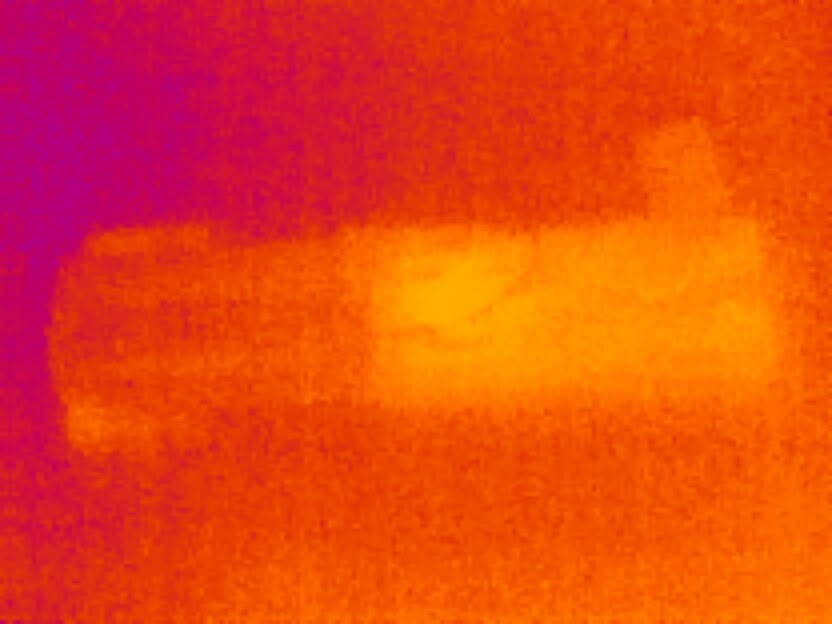 The next big step is working on the mechanicals of this contraption. Hopefully what I have floating around my head is actually creatable. :)