Some Ideas for the Future...

I received the second batch of production boards and parts, so the kit is back in stock on Tindie. Meanwhile, I figured I should write down what the plans are, especially for the l-star.org website. See "after the break" for some ideas I'm working on. 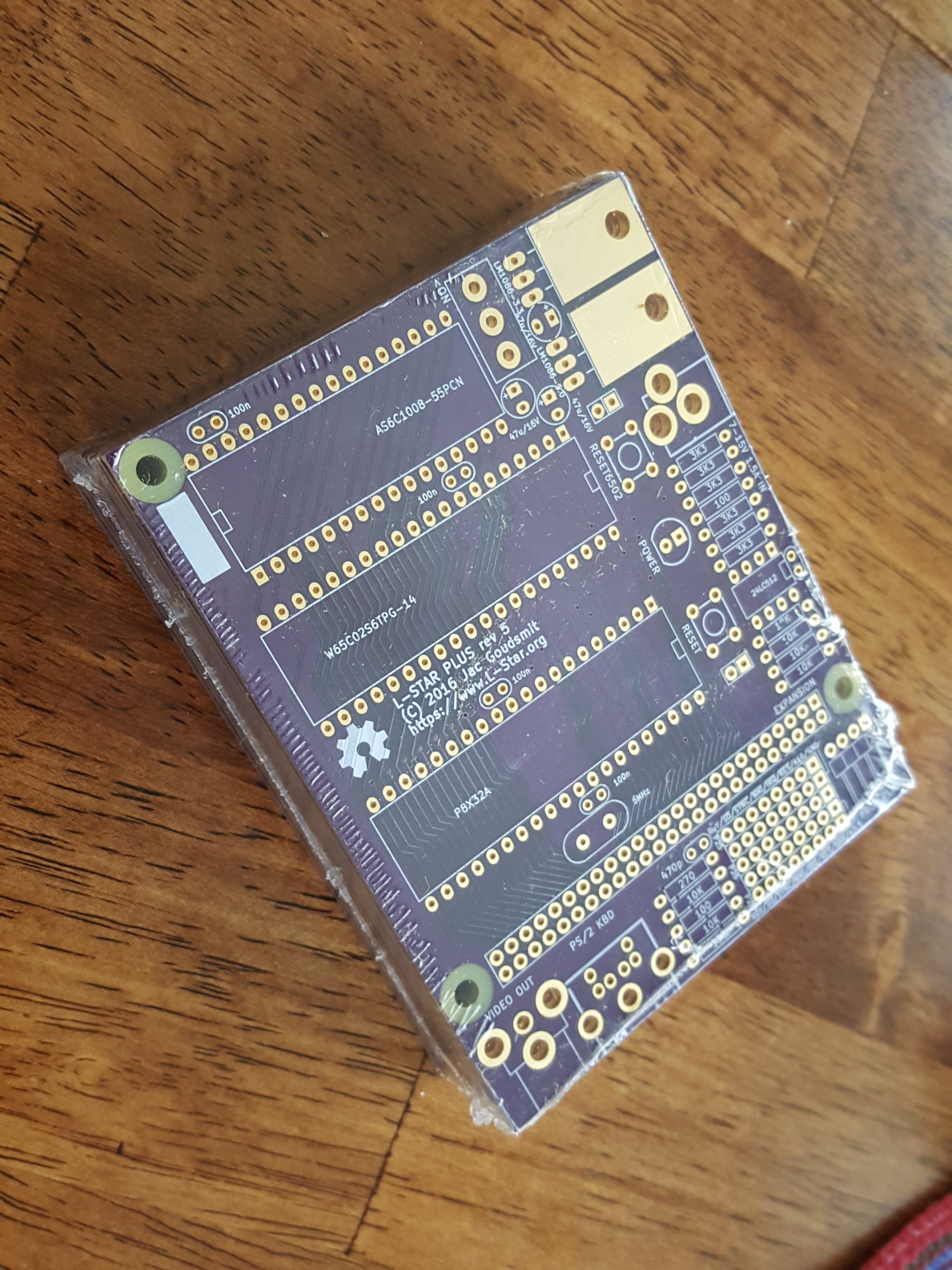 First of all, I've been working some tutorials for owners (or those who want to follow along at home) to learn how to "write their own computer" using the C language:

The code for the above is already on Github here, but I'm still working on the text that will be posted on the website soon.

I'm thinking the next tutorials should be:

I have several ideas I want to work on in the hardware area:

Are You Still Reading?

I have disappointingly little time to get all this stuff done, and I hope owners and enthusiasts will step up to help some day. Whether you have a kit or not, if you've read through the documentation and you can think of something you want (me) to do with the L-Star, or if you would like to propose any ideas for expansion boards or software projects, let me know!

Now For Sale on Tindie!

Where do you get your boards manufactured?

It's great to see the l-star really coming along! Those tutorials sound great. The ability to emulate hardware in software like you do is really extraordinary. I'm planning on purchasing one of your boards hopefully during the next rainy season when I have some more free time. Keep up the great work!

Thanks Jon! Feedback like this is what keeps me going.

I just got back from a vacation, hopefully I'll have time to finish the tutorials on the website very soon.