RPI in stratosphere with OLED screen

Taking my own pictures of blue atmosphere next to the blackness of space was a dream for me, this is my Constellation 1 project! I tried to include new experiments in the payload: testing the robustness of a display in stratospheric environment and taking full frame pictures/video in parallel with one RPI camera module.
The screen should handle extreme temperatures (-50 degrees C), deliver very high brightness images with low flickering. I have tested several OLED screen, selected the ILSOFT Oled model, then tuned the driver (sources available here) to increase the brightness and refresh rate by dividing the display height by 8 and optimising other parameters: the goal was to avoid flickering because of the camera shutter speed.
The Rasperry PI will display the flight status on this screen (altitude, external temperature, …) while the RPI camera will be recording. The temperature and brightness requirements with ILSOFT OLED have been successfully validated during the stratospheric flight! But most of the captured frames were showing flicker for the screen because of the fast shutter speed of the RPI camera during flight lighting conditions, however here are some selected good shots of the screen:

The following pictures show the progress of the project during the last 2 years!: 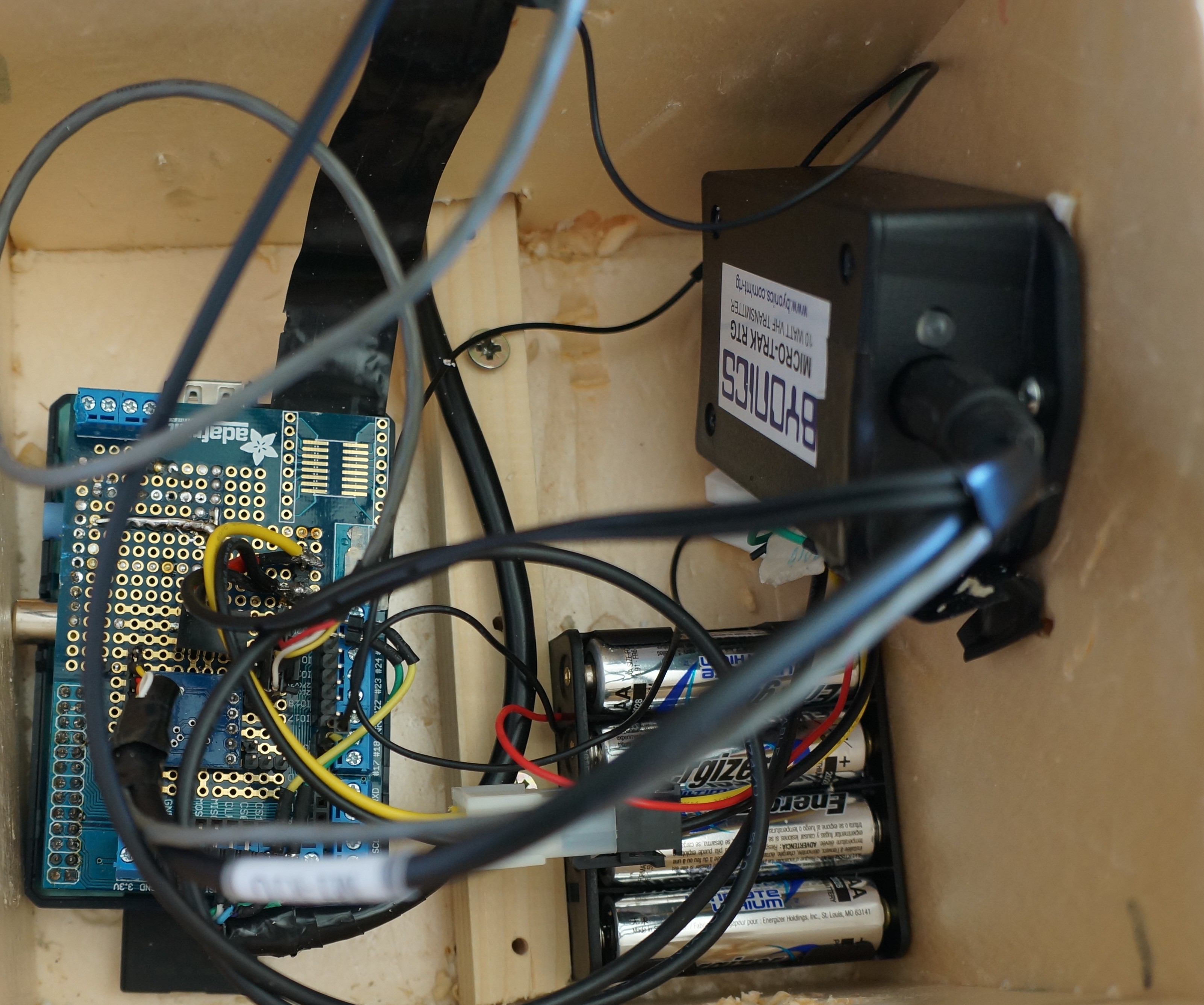 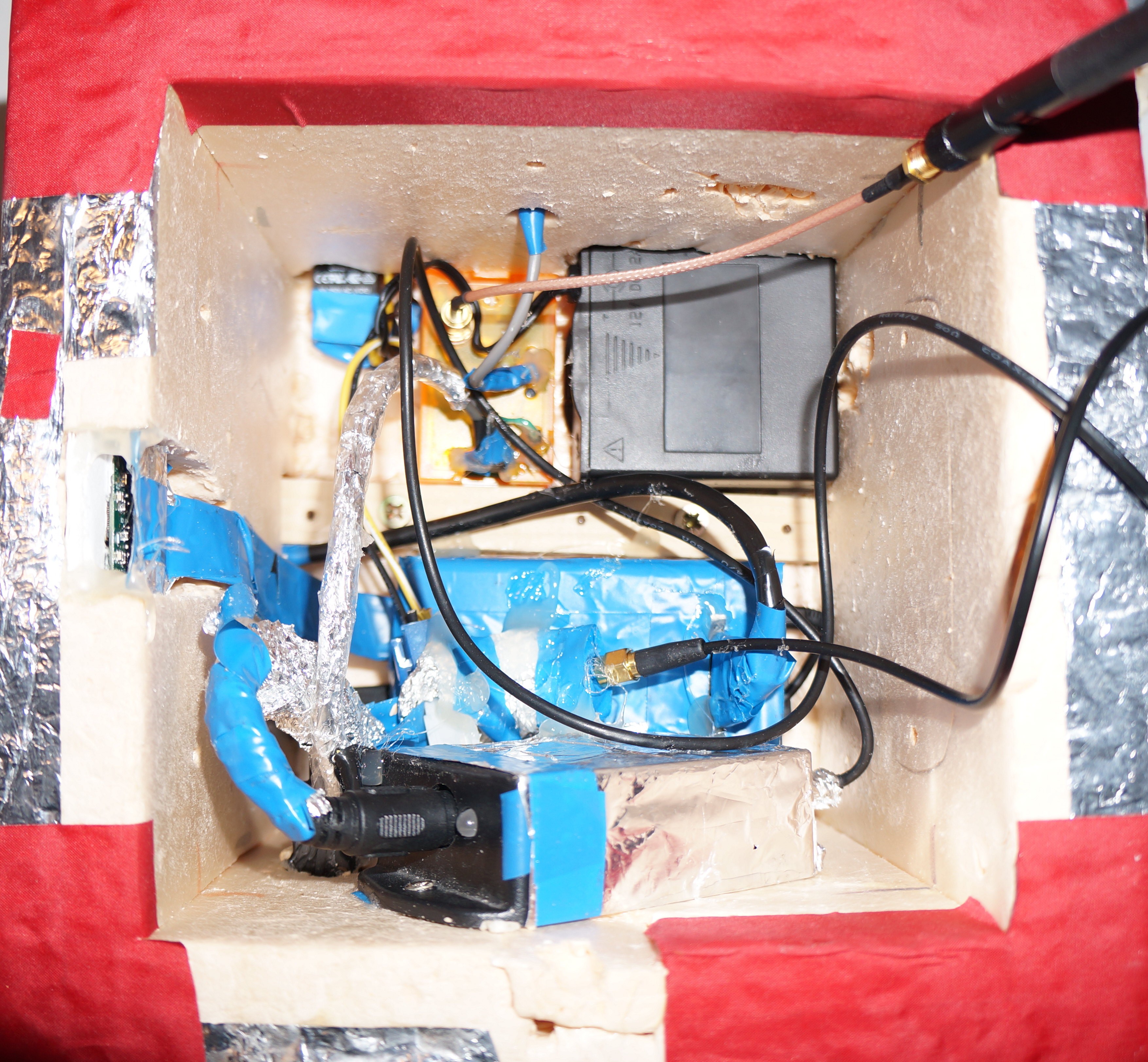 Launch of the payload: 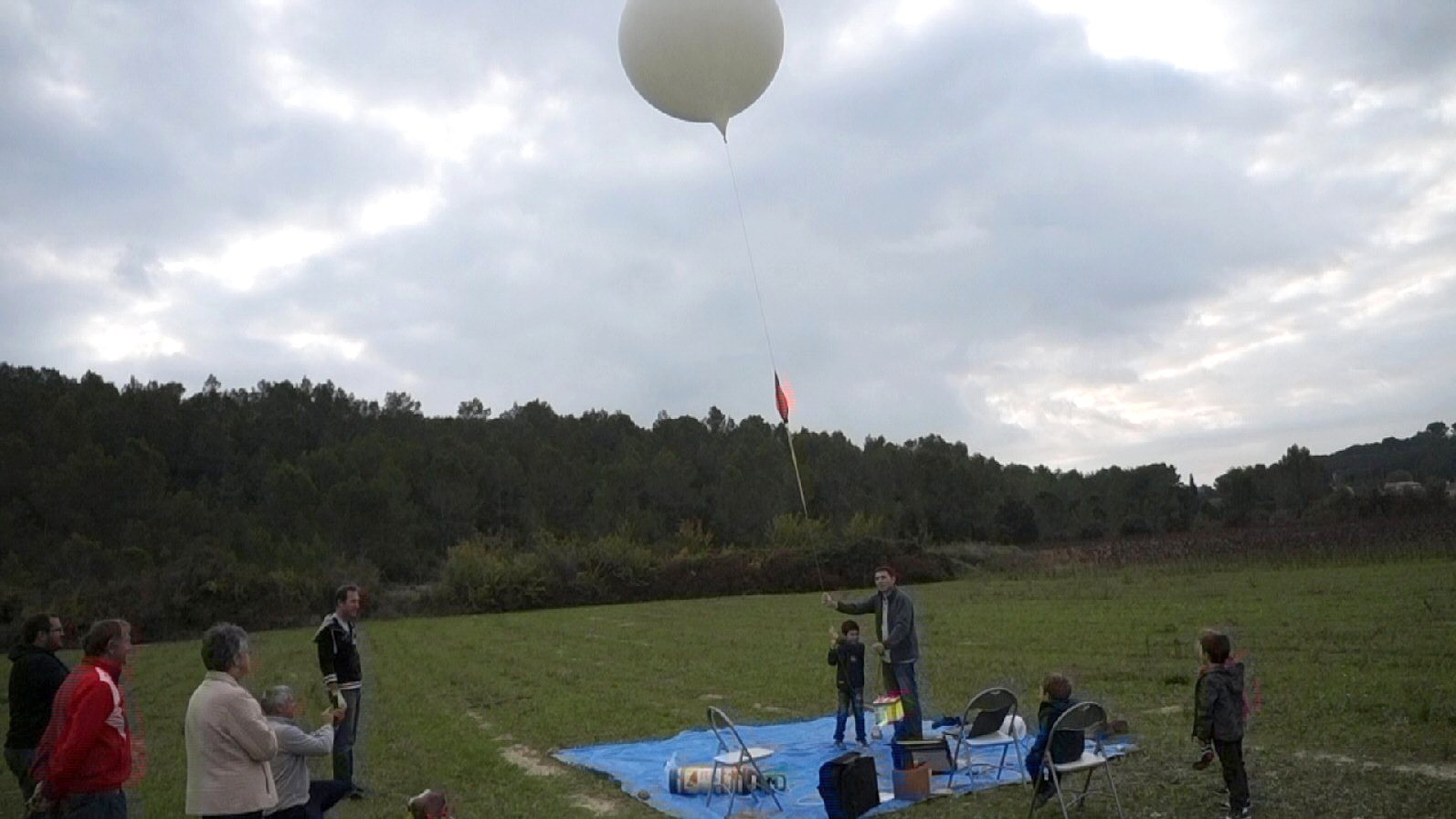