My, What a lot of laptops! 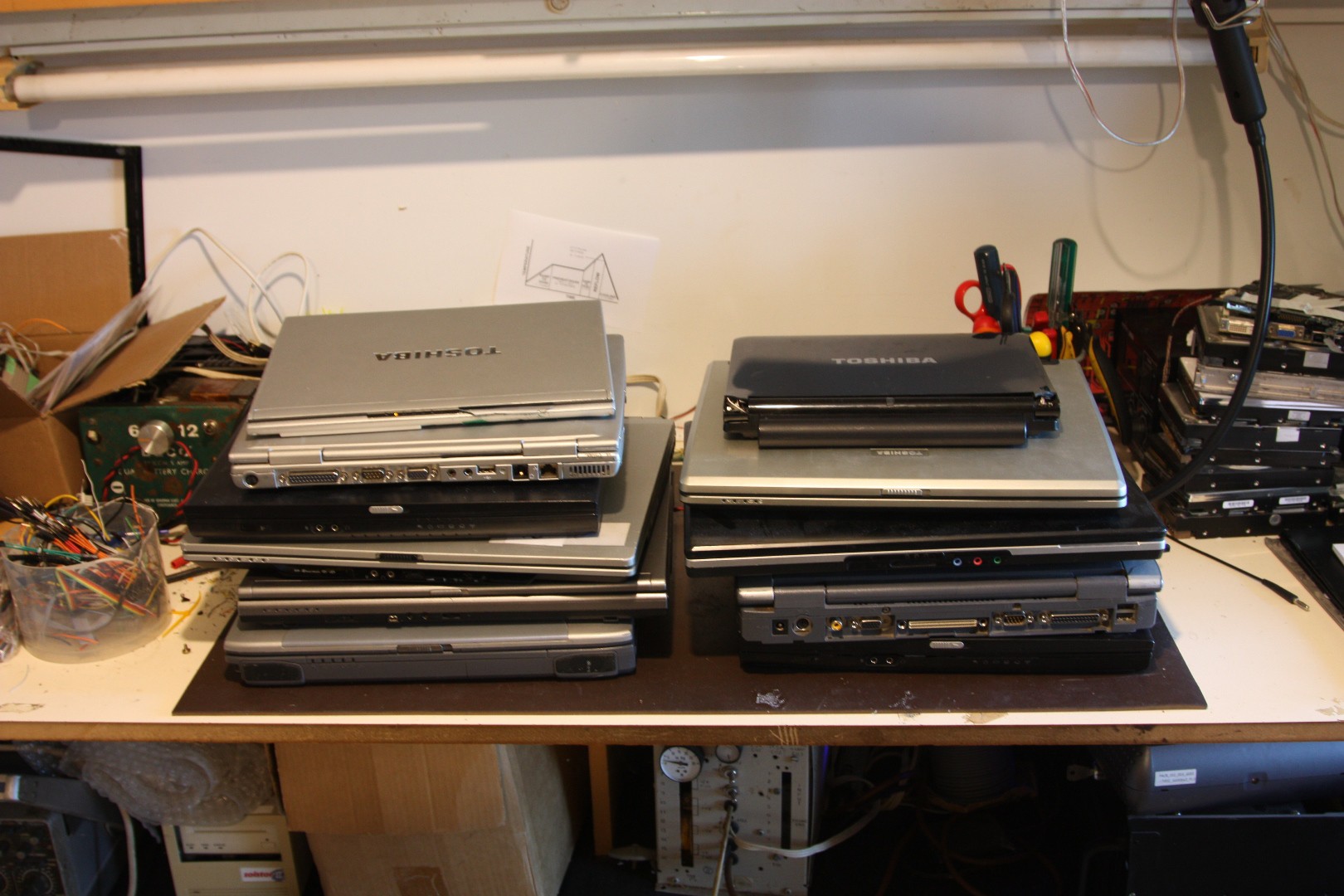 So my Dad has a big collection of old laptops gathering dust, most of them running XP or older. I wondered whether it would be possible to extract the LCD out of one and perhaps use it with something like a Raspberry Pi? I remember seeing people wonder this on old forum posts in the past and the common answer was "it's not possible, they use LVDS".

Times have changed since then, and it is indeed possible, and a lot easier than I thought it would be! To start off easy I decided to get a RIoT Board, based on an iMX6 Solo ARM A9 processor, which has a native LVDS interface!

To start off my experiment, I extracted an LCD panel out of a suitably broken laptop: It was fairly obvious which pins were power and LVDS pairs (LVDS signals are ALWAYS routed in close pairs, and may or may not be separated by a ground pin), but I didn't know which pairs were which. Luckily I managed to find a datasheet easily enough, which instantly revealed the exact pinout.

The backlight driver wasn't quite so easy, but after a bit of probing around I got it to power up the fluorescent tube. Interestingly it only required 5V to power up.

The RIoT board provides its LVDS signals through a micro-HDMI connector (It is not actually HDMI!), so I chopped an old cable and soldered it directly to the panel (since the laptop was broken anyway): 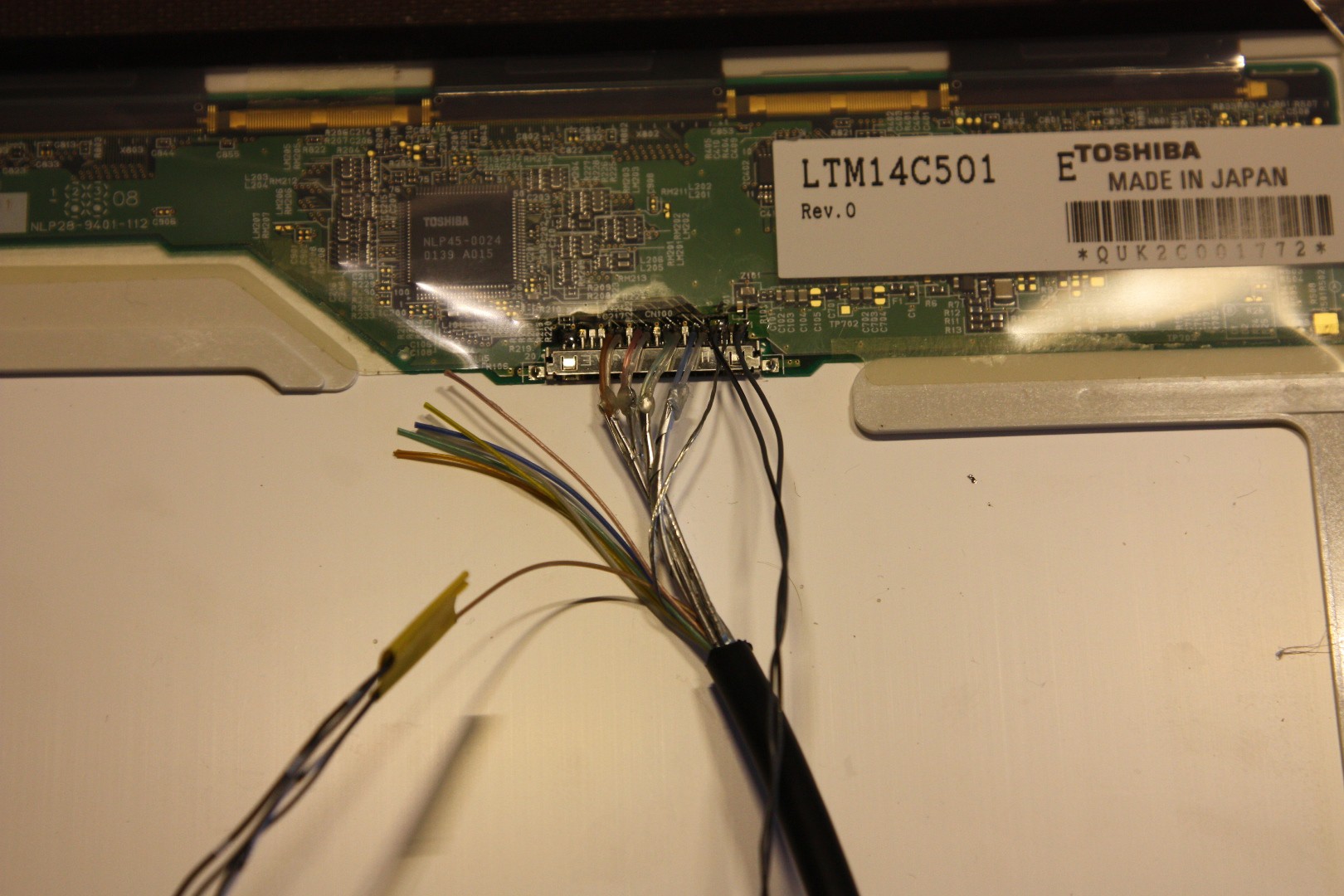 The other wires are for backlight dimming and a touch screen display, none of which are required to display an image.

And after reconfiguring the RIoTBoard to output video on the LVDS connector, success! 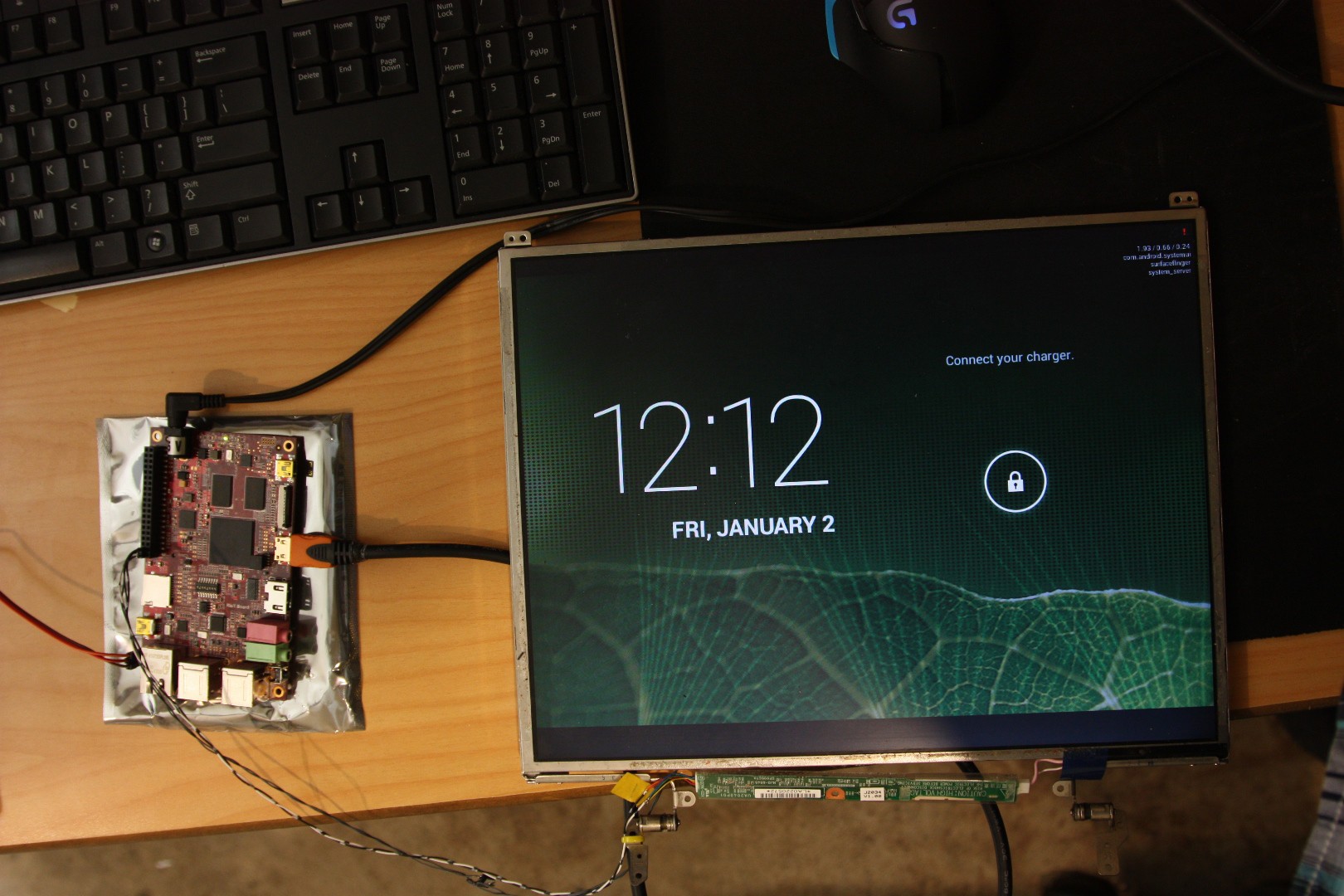 It just so happened that the LCD panel matched the RIoTBoard's default output resolution, but it worked right out of the box first try!

My next experiment is a lot more complex: I have a newer "transflective" LED-backlit LCD display out of an old Portege R500. These screens are special in that they are sunlight readable! But their connector is very very fine and the backlight requires +30V to drive, which makes things difficult. My post on this will be coming soon!