Let's open up one of these beauties and see what's inside. 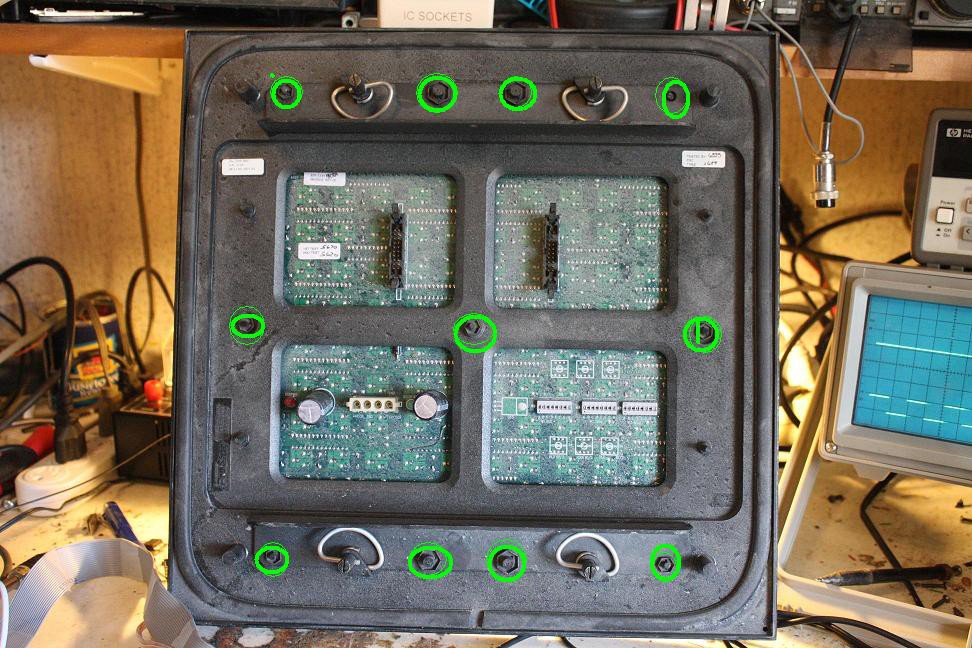 I started by finding the eleven nuts on the back of these panels. The top and bottom groups of four hold the metal mounting brackets on the panel. Removing them allowed the brackets to be removed. Across the middle there are three more nuts that hold the back on. Removing the nuts allowed me to pry the front/shadow mask assembly from the back. 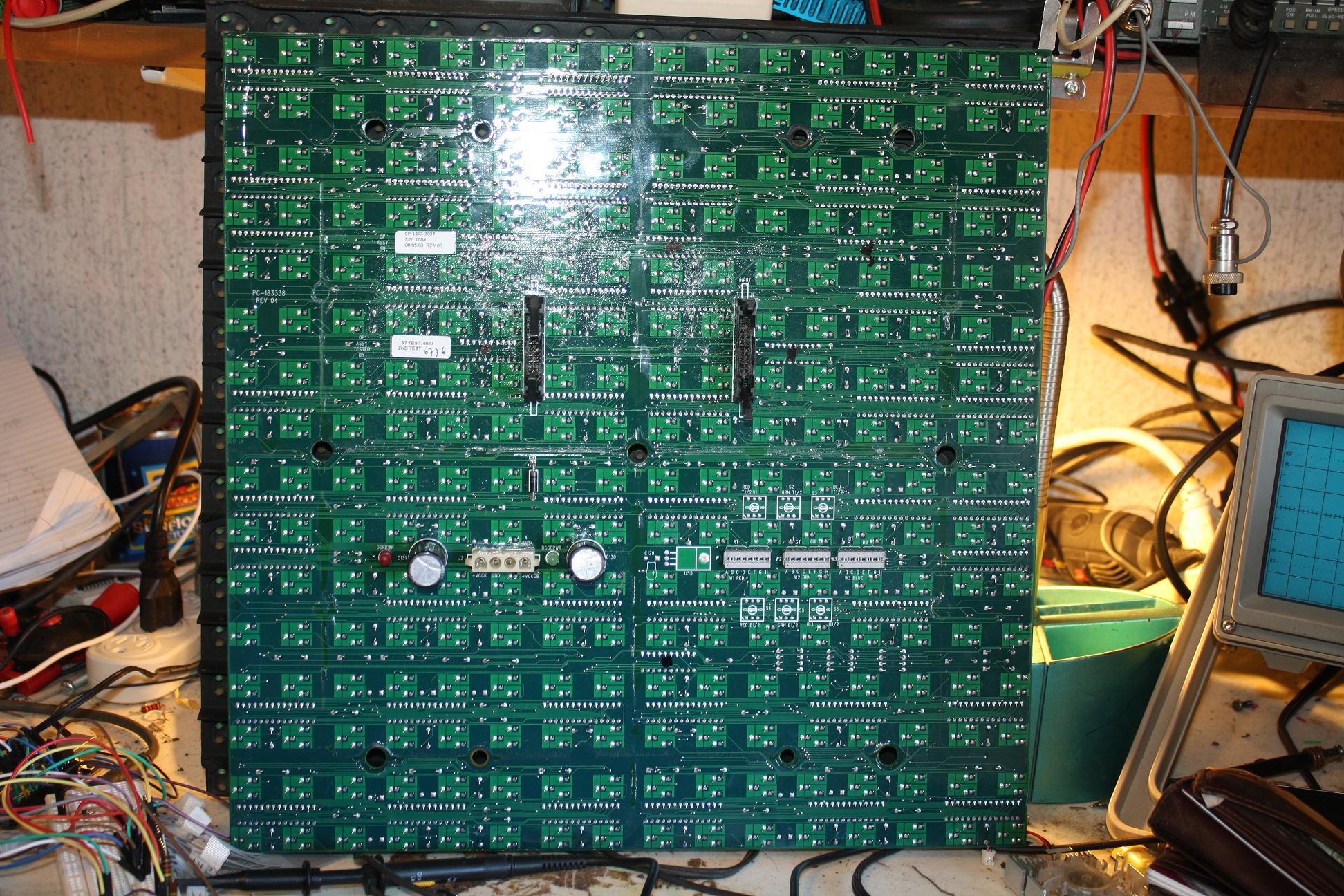 The back of the circuit board is also waterproofed with a thin conformal coating. 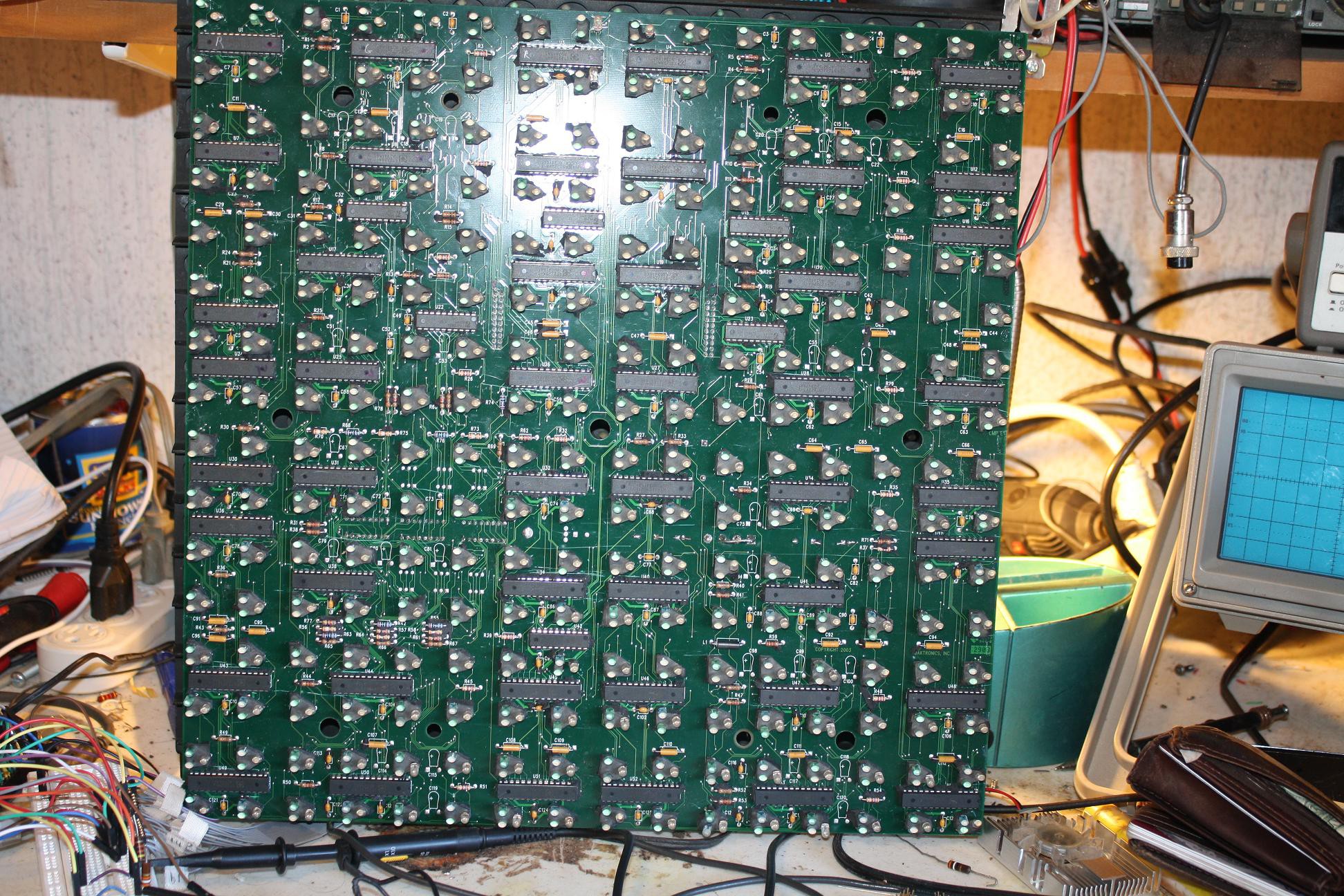 To my surprise there were only two types of chips on the board. The board held 48 ST2226A driver chips and 6 74HC245 bidirectional buffers. There were no other active devices on the board. I expected to find at least a microprocessor or a decoder chip but other than a bunch of resistors and caps there was nothing else. No micro means that reverse engineering the panel should be MUCH easier.

Next up - Reverse engineering