While I'm waiting for the paint to cure on the fairings I decided to take care of a few other nagging issues with the bike. Last night that manifested as me building and then attempting to build battery brackets.

At present the batteries sit in tray on the frame of the bike as seen in the picture below. This design keeps the batteries in when the bike is upright, but if the bike is leaning or falls over, there is a chance that the batteries could shift and short out against the frame, which would be bad. In the past I used a pair of small nylon ratchet straps to hold the batteries stable. 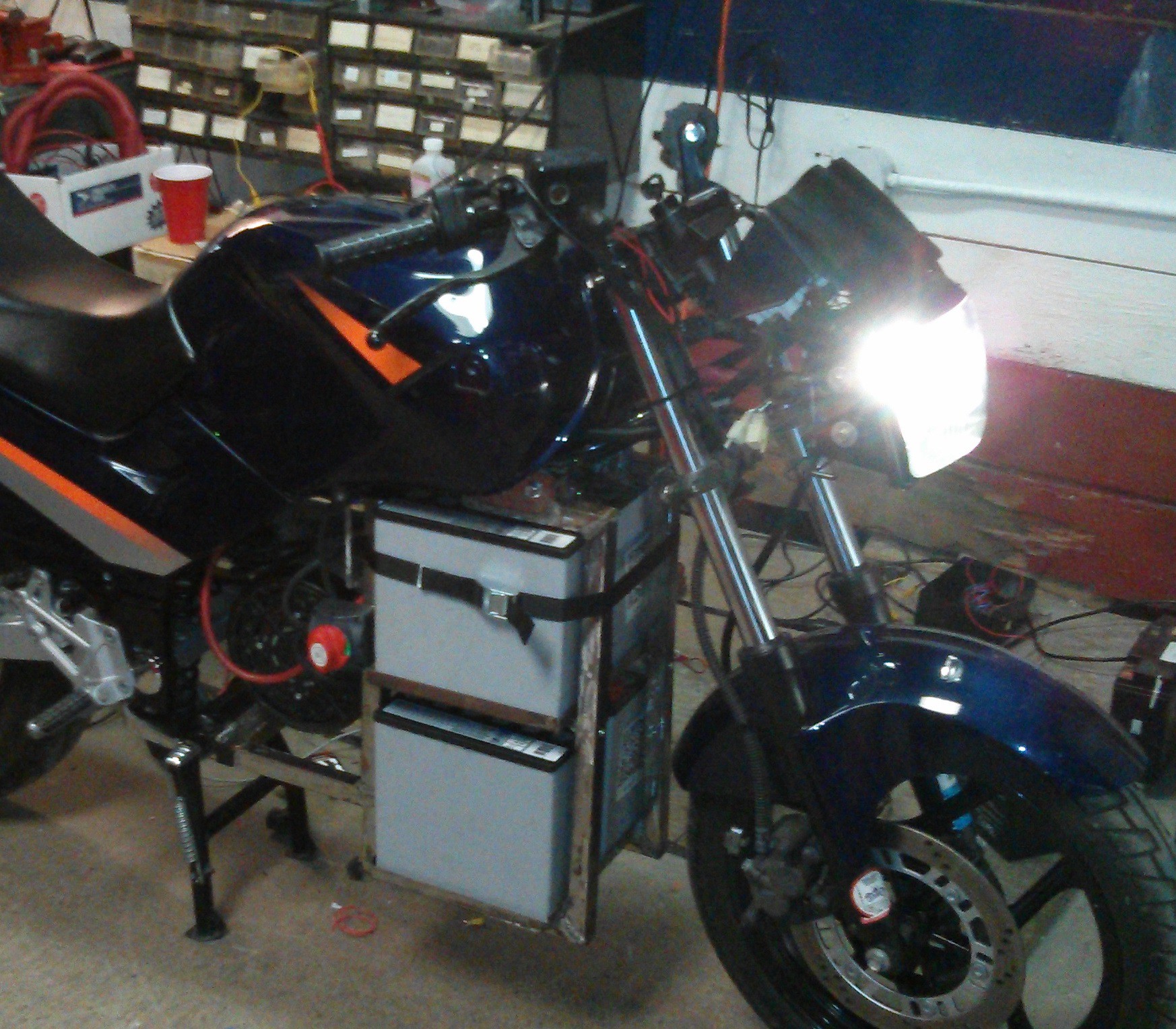 But the more I looked at this solution the more I didn't like it. The strap had to go all the way around the batteries and the frame, it had to loop near the fuse box, and it had a big conductive metal buckle that could potentially shift and cause all sorts of beautiful spark showers. I thought about it a bit and decided the easiest and cheapest way to make a better strap would be to buy some aluminum flat bar, bend it, tap a couple holes in the frame, and then bolt them on near the top of the batteries. So that's exactly what I did.

I bent the bars, and then used some 3/4" adhesive foam weather strips to snug them up to the batteries without a sharp edge jabbing into them. Please keep in mind that I bent these bars in a bench vise, as the makerspace doesn't currently have a brake. 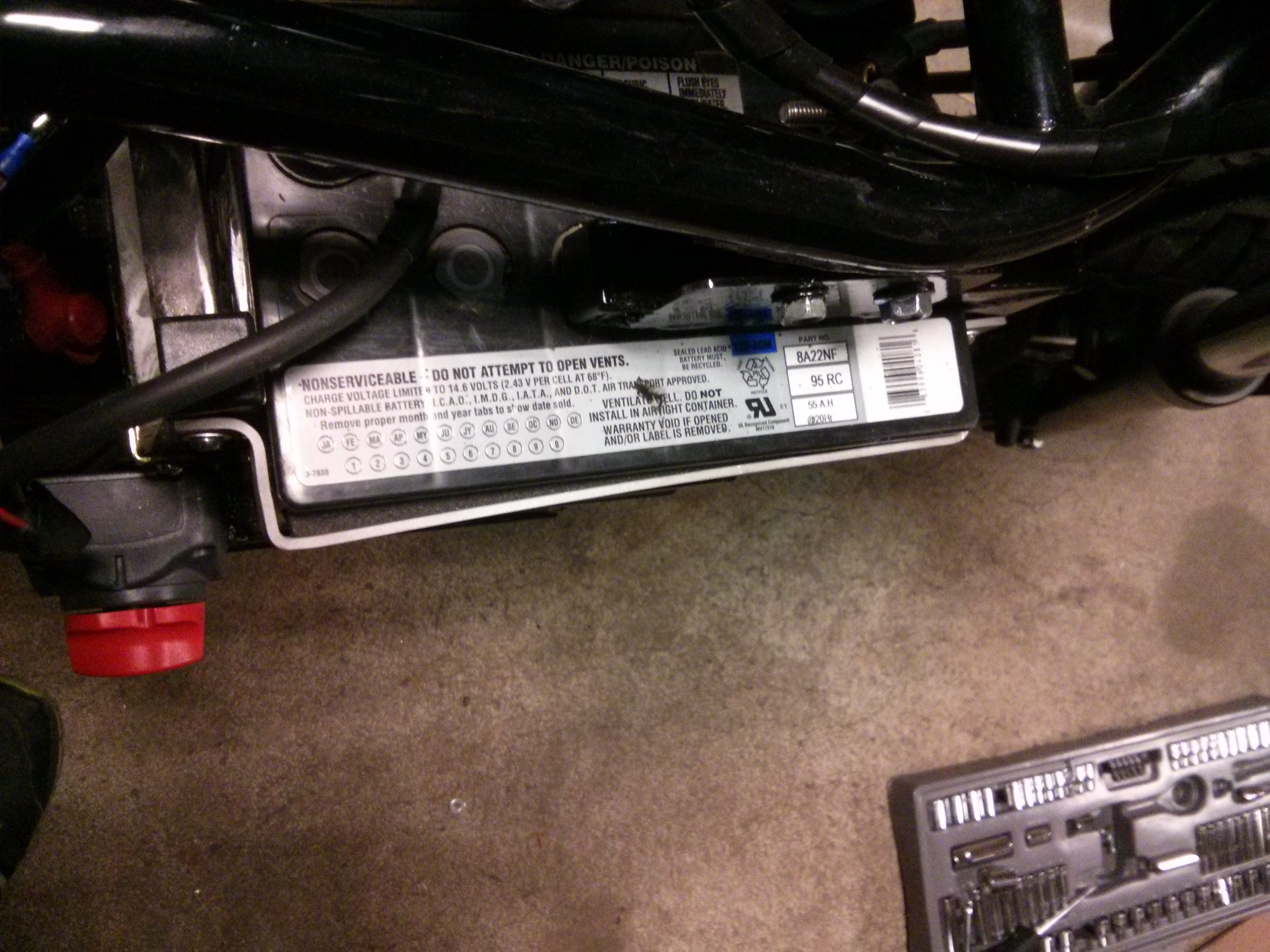 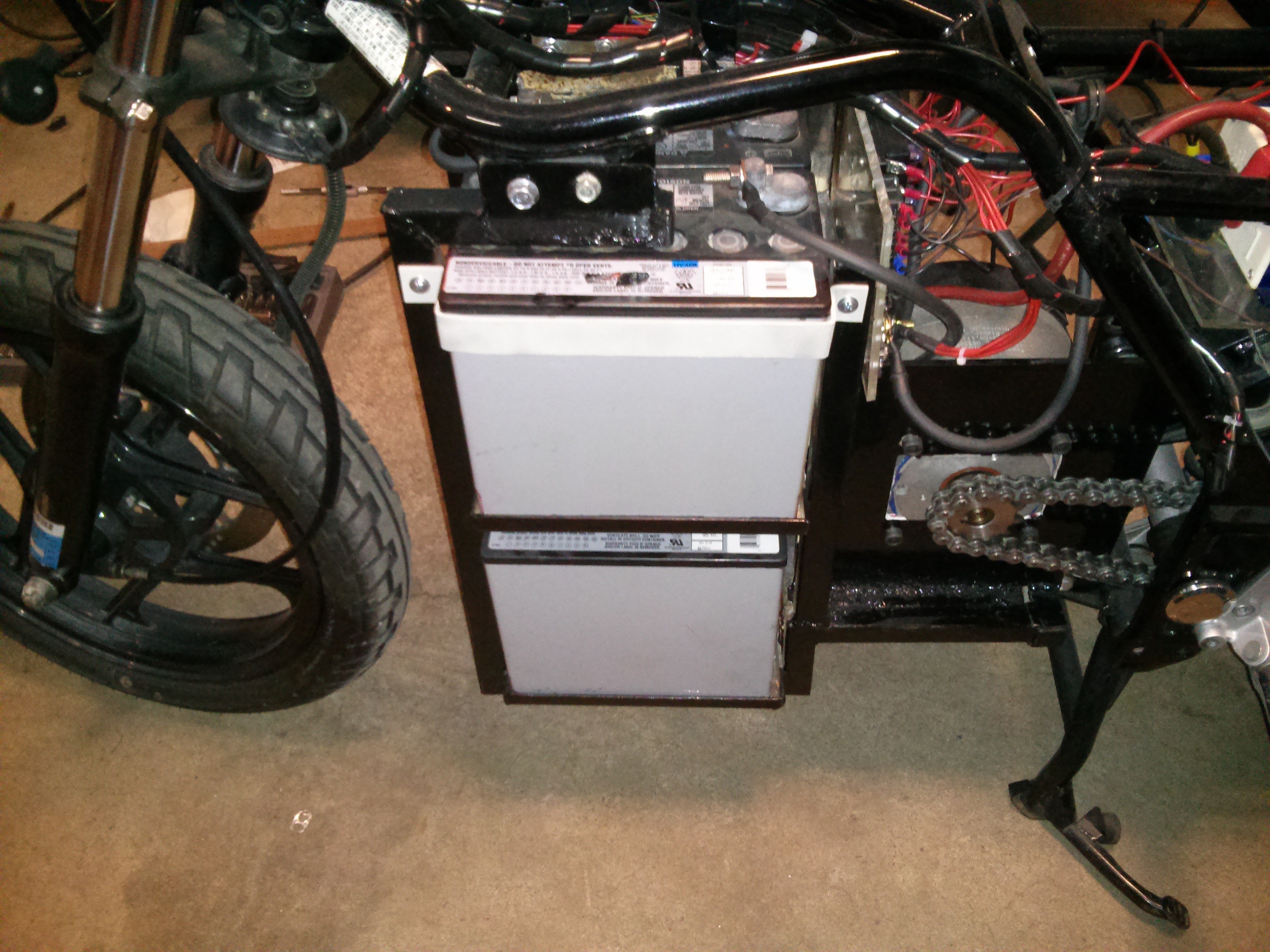 A quick trip though the sandblasting cabinet removed a lot of the tooling sins on the brackets.

Now you might be saying, OK that's great but why aren't the bottom batteries bracketed in? Good question! So it turns out that the quality of the aluminum at big box home improvement stores varies wildly between each piece. So while the first piece of bar stock I bought bent fine, the other two that I bought just snapped when I tried to bend them. So at the moment I haven't been able to get a second bar that will bend without breaking.

I can paint with all the colors of the wind, and a spray can.

And then there were updates