I had bought two displays to test with this cape - one was a "KR070*" and the other was an original Innolux AT070TN90.

The AT070TN90 required some tweaking with the LCD timings (H/V front porch, back porch) but after doing that everything was good and here are a few shots. 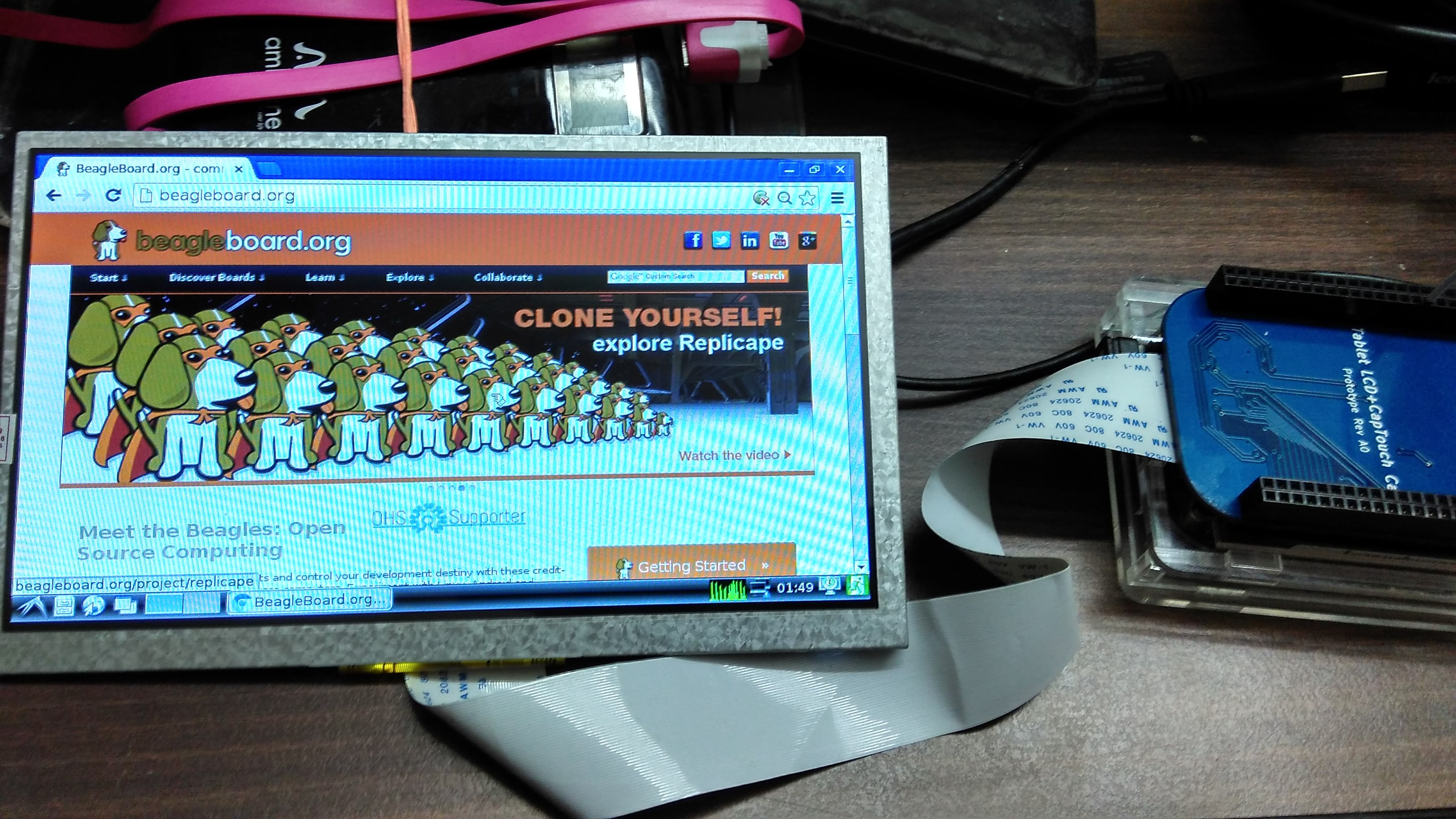 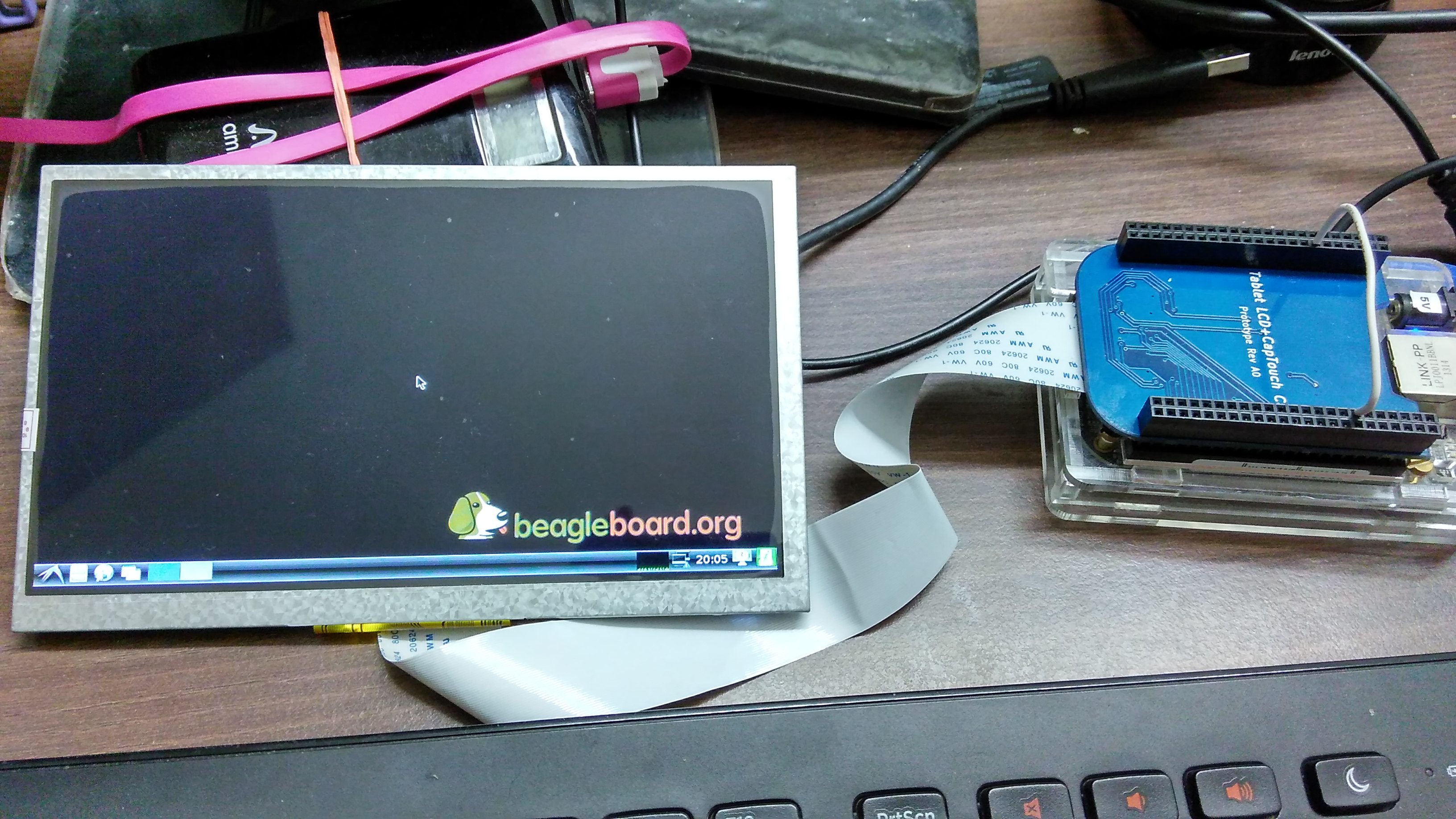 As you can see the blacks on the Innolux original display are richer than the Chinese clone. Also the backlight is more even and viewing angles are a little better. I'll be using this display for now, and when I get back to the market I'll experiment with more LCD types.

The issues I faced this time were the incompatibility of the device tree compiler (dtc) with the kernel version I have on my BeagleBone which was causing the modified DT overlay to give errors and do not load. But once that was fixed rest went on smoothly.

Now I have to find a suitable driver for my FT5306 capacitive touch panel, I would need to make DT entries for that. Let's see how it goes...

Beagle, we have display!

As mentioned, I only have two at the moment; but I do want to test it out with the multitude of displays available in the market (even of different sizes and resolutions) as long as they share the same 50-pin layout, most likely in 1W July.

The display themselves are quite cheap, the one you see in this picture cost me less than $15 by the current exchange rates.

How many LCD types do you have? or are you going back to Glodok and Roxy?