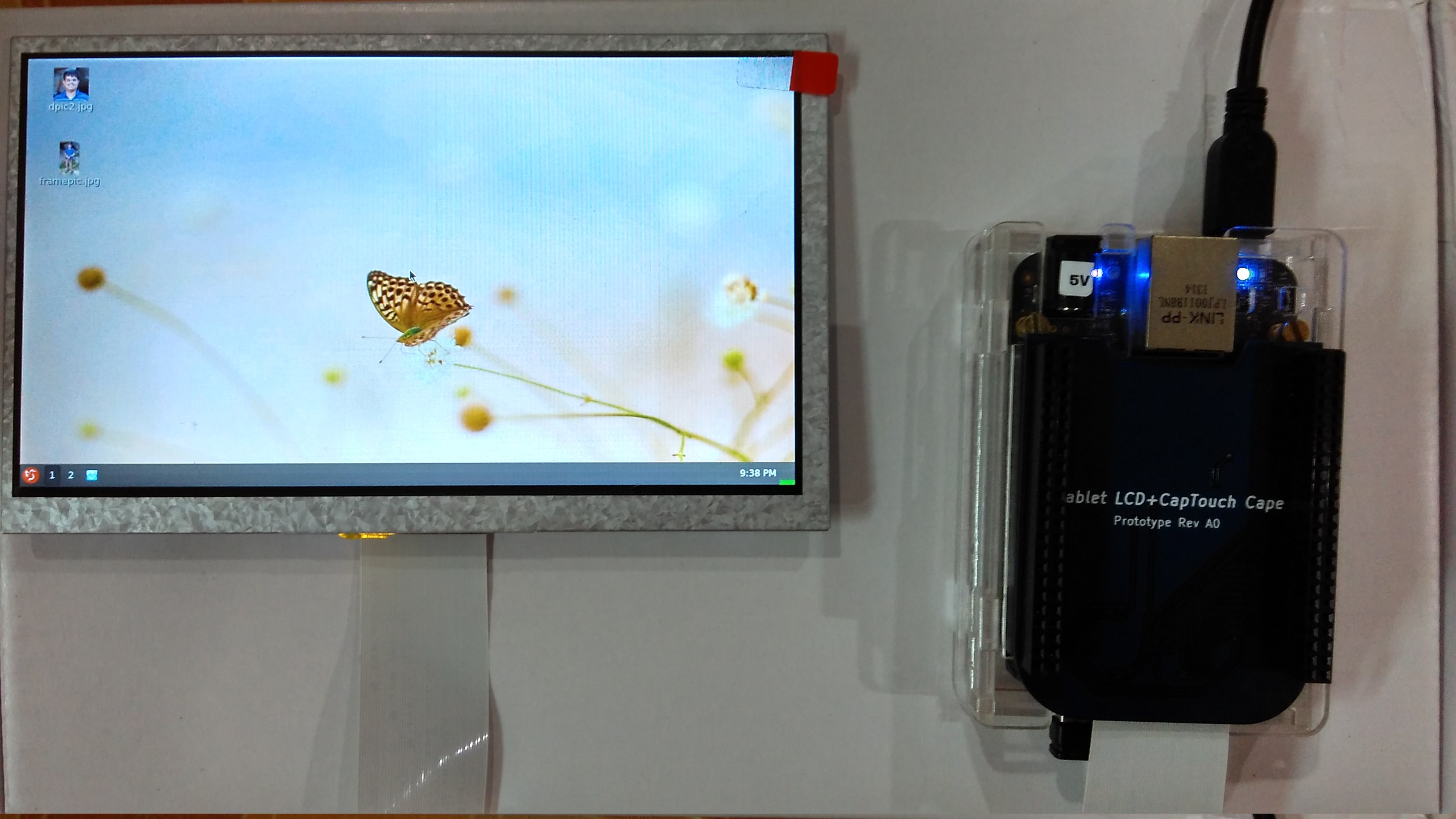 While searching for compatible displays I could use with the cape, I happened to stumble upon 7" 1024x600 LCDs as well, that used the same 50-pin layout and TTL interface. Nice. Then I see that one of the models I was viewing was IPS, and that grabbed my attention. IPS panels are so better than normal displays in terms of color reproduction and viewing angles than the TN panels commonly found. My mobile, tablet and PC monitor are all IPS and it does really make a difference.

I ordered the panels which arrived here shortly. Besides the TFT I also ordered a touch panel and a HDMI driver board based on the RTD2660 for this display so that I could also use it with my PC.

The touch panel they gave is on the FT5406 controller (unlike the FT5306 previously), same driver but unfortunately different pin layout, so will need to use some jumper wires.

Adjusted the LCD timings in the device tree after studying the panel datasheet, and it worked in the first attempt. Appearance wise though, it looks almost the same physically but that's where the similarities end.

As an aside, I also got 40cm long flat cables when I went shopping for some extra cables, initially wasn't sure if signal integrity would get messed up but was happy to see no visible distortion; the display works good even over these long wires. This touch panel has an acrylic front lens instead of glass. 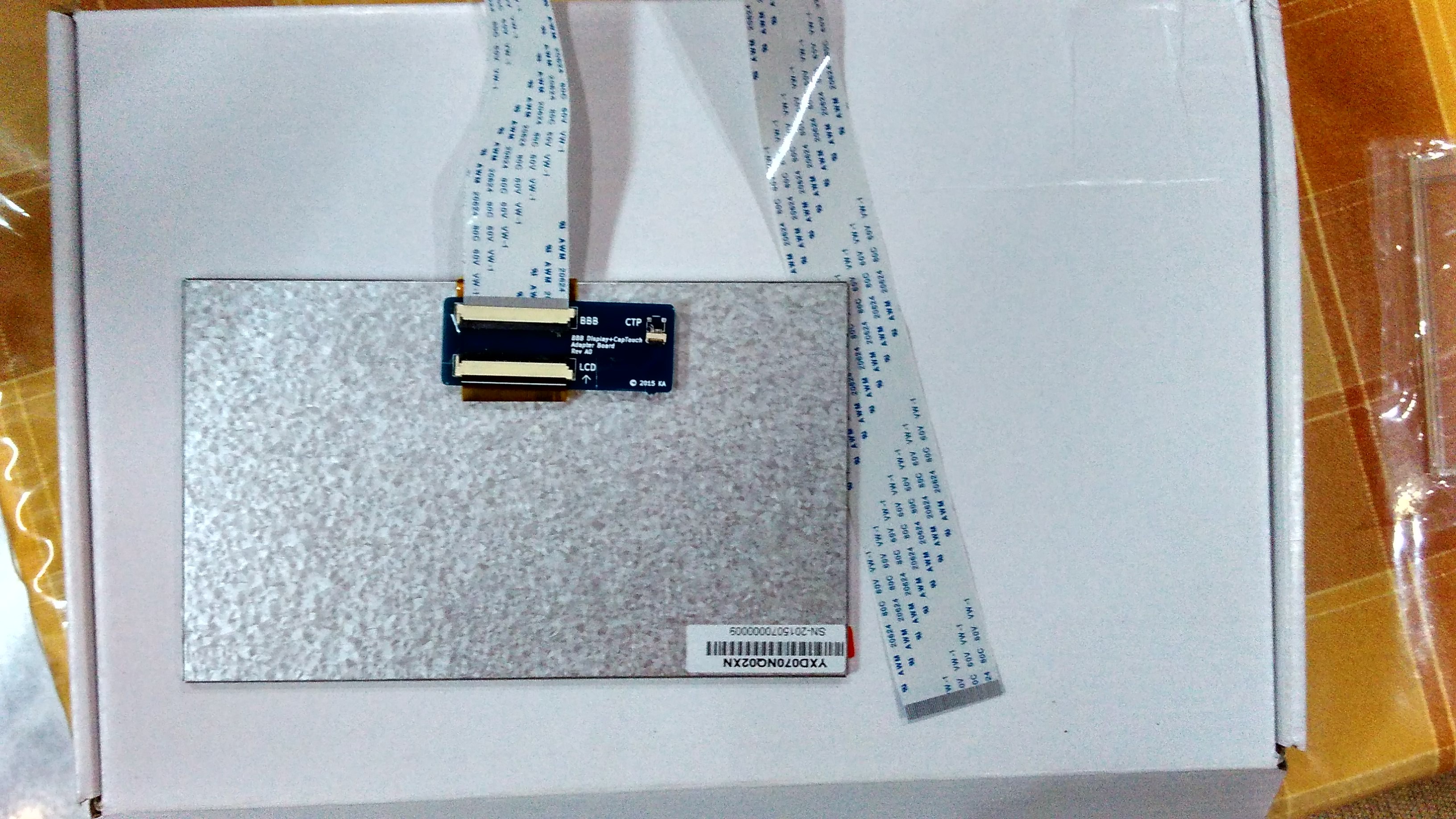