Polishing up the software

Because the PiDP is just a physical front end for simh, it inherits the rather useful step-out-of-emulation abilities of simh. But mounting a paper tape through the emulator's command like is not very replica-like. It is, in fact, decidedly unromantic.

So I made it such that you take a USB stick, put a disk image or paper tape image on it, and then you stick it in to the machine. You hit the SING_STEP and SING_INST switches at the same time, and whatever image is on the stick is auto-mounted.

The nice thing is that now, USB sticks are just modern replacements for paper tapes or disk cartridges! The form factor is different, but plugging in the BIN Loader stick and hitting the two switches does exactly the same as putting a paper tape into the paper tape reader and powering the device on. It's great fun! (I think). 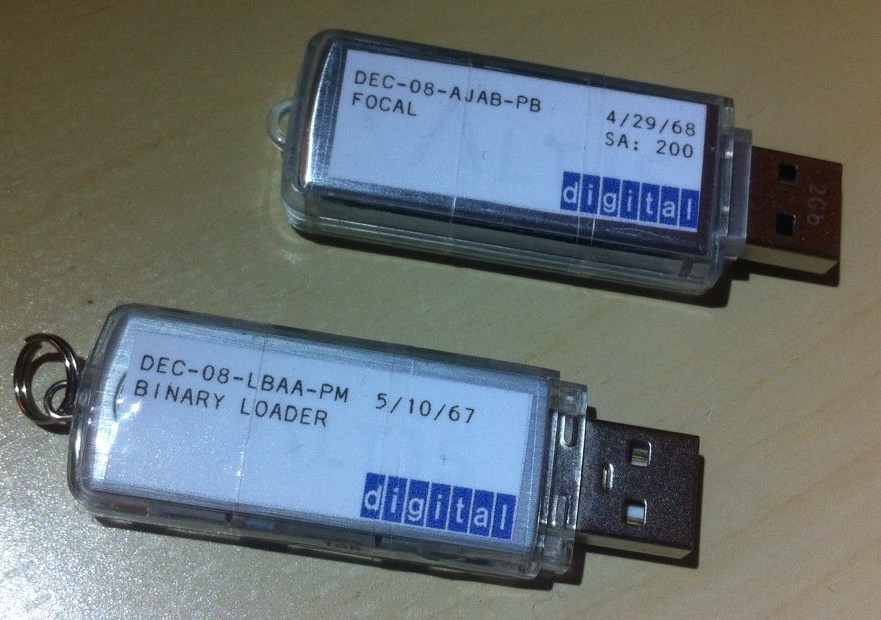 More details on the blog page (link), including some further software developments.