So I've talked a lot about both my 915 MHz Droplet radios as well as the new 2.4GHz MSP430 Sensor node. What I have been thinking about lately is creating a cluster of 2.4GHz nodes, use them to transmit from inside of the bee hive and then have a 915MHz radio that will transmit the packets over the long haul to my WiFi Bridge.

This hybrid approach gives me the ability to have cheap nodes but still get the superior range of the 915MHz radio.

Here are a few pictures. Normally I like to do a cleaner build with a single custom board. I've been meaning to spin this for a long time but for a variety of reasons, I never got around to it. Instead, since winter is moving in fast, I've decided to cobble something up out of random parts that I had laying around. 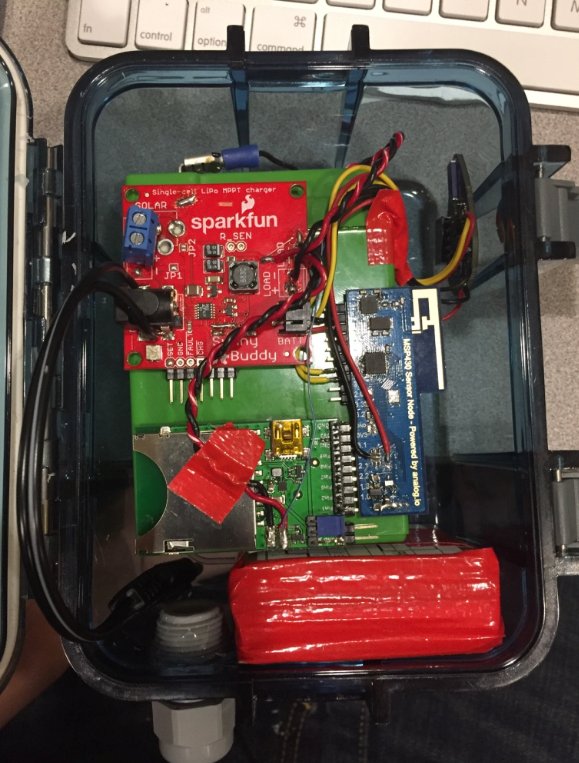 The Hub is a 6V SLA battery which can be bought for very cheap, then there is a Sparkfun Sunny Buddy board that will act as a Solar battery charger. Then I'm using the Buck regulator from a Electric Imp April break out board, One of my MSP430 Sensor Nodes and a Droplet. The theory of operation is that the 2.4GHz radio is constantly listening, then if a packet is received, it sends it via UART to the Droplet which then in turn transmits the packet over the 915MHz radio link.

The case is then a really nice polycarbonate box which I purchased from Menards for $6. Really the best deal on this box when compared to what can be bought on Digikey. 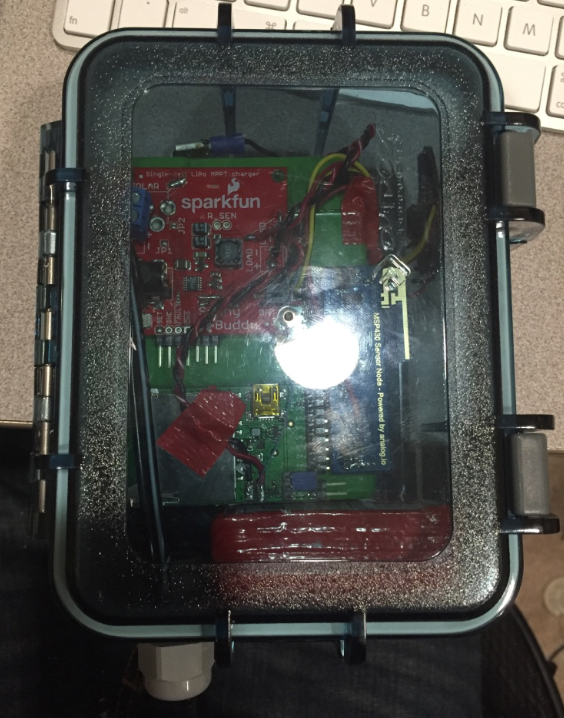 Didn't Make it to the Finals