For clarity: This project will stay as the virtual rocket. If a physical rocket becomes a reality, it will fork into its own separate project.

Yeah I want a rocket!!! What hacker wouldn't jump at the opportunity to put a nose cone on a tube of explosives and watch it as they push the detonator :) If I had the resources I probably would have blown up a really nice video recorder by now.
In the first moments of developing this project of chasing the sun, I thought what any sane hacker would; "How can I get a vehicle over a 1000mph?" A rocket might fit that solution nicely.

Log Objective: Start to determine the advantages and disadvantages for real rocket and a virtual rocket for this project, for the unlikely chance I might get to do both! 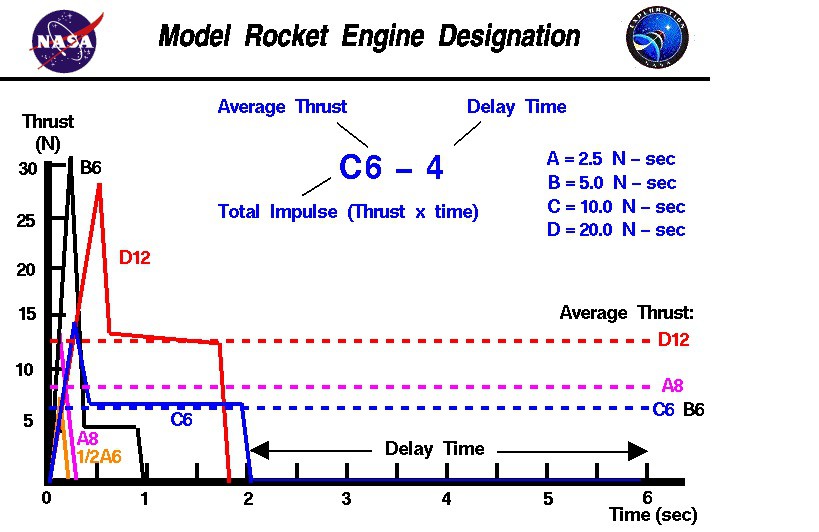 Earths rotational speed vs latitude, and how wrong I was about 1050mph

I, personally, dig the "virtual" aspect of restoring faith in humanity... The art project that so many take-part-in.

(Though, if the rocket method is feasible, then it most-certainly will require a lot of people taking part in it... Including, quite likely, government OKs, etc... (which, actually, might be stronger in some ways than just restoring faith in people, but restoring faith in the ability for people to realize their human-nature despite being part of huge organizations... HAH, this is so friggin' vague in my mind. What I mean to say is this: People, in general, have proven time and time again that they're capable of working together to do flash-mobs, etc. I think that's amazingly cool (though I, personally, wouldn't want to be the focus of one!).

Something of this scale, in the "virtual method" could be darn-near pyramid-like. Danged cool. And, frankly, the organization/government-aspect could take part in something like the virtual shot, as well... without all the rigamorole of trying to do something generally-considered "red-flaggable." E.G. Plausibly there are many many CCTV-type cameras all over the place that could be configured (with organizational/governmental-assistance) to assist in these shots... Highway cameras, stop-light cameras, News-Station Weather-cams... Heck, even Google Street-view cams... I'm getting a bit carried away, but I think a 2000-era Pyramid-scale working-together-toward-a-really-cool-thing idea is well-deserved... The sorta thing I'd imagine crowdfunders and volunteers alike would think worthy of taking part in...

And, yahknow, with smartphones and such,.. heck.. this thing could become an app... people could all take shots of the sunset every day, if they so-desire... link 'em all together by GPS-tags and compasses for proper orientation... automate the process of linking these images into a video... It'd be friggin' amazing. A new unifying endeavor, some people go to church, or temple, some people pray every day at the same time, facing the same direction... Why not a bunch of people just take a moment out of their day to take a shot of the sunset... cloudy-or-not... and create something from it.

Carried-away, maybe... but I dig the idea. Even if it only happens once, and no app is ever created, I think it'd be dang cool.

Your words are are inspiring me to upgrade this project from "doomed to fail," to "feasible." I will work on cleaning this up a little, so that its more attractive to potential volunteers. I have got four people so far. Tell me that you are on board, and will at least TRY to participate, no matter where you are. May I add you to the team NumberFour?

If "Try to participate" is all you're asking of me, then a definite yes ;)

I tried to call-out to my flash-mob-creating acquaintences, surprisingly haven't heard back from 'em... seems like something like this would be right up their alley.

Also: Can I put an un-labeled pin on my map for you? (even if its a floater?) (Forgot to ask)

To @Dimitar Tomov: I like your ideas and the way you think. I hope to see many more projects from you. I want to ask you (if not too rude), what is your first language? I ask because I think in Sign Language, but speak in English, and the meaning behind the way you write is super clear to me (like I can imagine your voice). My project logs are filled with sarcasm and slag, and I try not to do that when communicating with people from other countries because it does not translate well.

Well I'm both amazed and happy :-) Thanks, man :-) 1Q before I move on so I dont forget about it - you think in Sign Language by solely by wish or there's something else. I don't need specifics ;) I'm just ah... curious is not a good word, but it's the word - i'm interested in you being active, no matter why, so much in Hackaday & think in Sign lang ;)
To answer your question :)
1st I take thing more literally than I should , it's something related to me being sometimes more naive than it's good for me to be ;) I know it , but that doesn't stop me from doing it :D ... again&again Still I'm not naive I just perhaps communicate in such way :)
2nd My 1st /native language is a Cyrillic one :) Actually the 1st Cyrillic one & more accurate the one that the Cyrillic alphabet was created for , of course through the years it evolved to a point where it is as different & related to its origins, to its pre-1st and 1st-version :) It's Bulgarian :-) I'm from Bulgaria / East Europe / The Balkans called as region ;)

(1) And I must NOTE: Most people have no idea what is EE, BG or the Balkans OR if they have some idea is like 9/10 times so wrong it's better to not tell them what is wrong or right or 1%/75% close to reality, but to ask them to forget that at all :D So in summary - The Balkans is the region where everyone had interest and wars have not stopped and here's is I hope changed - for ~10 years now it's peaceful with the exception now on Turkey Border from ASIA side, Kosovo in Serbia, etc - you see it's not 100% peace, but it's very very close. I hope we keep it.

(2) Bulgaria as country is more than 1300+++ years old :) IT IS THE ONLY ONE (100% CORRECT FACT , can be checked) COUNTRY IN EUROPE (ON THE EUROPE CONTINENT) THAT HAS NOT CHANGED ITS NAME FROM ITS FOUNDING OF ITS 1ST STATE. And yes, we have a lot of history - more glorious than not , but still several times w/ vast Territory, although never declared an "Empire" it was for years across 3 Seas, saved Europe from Asia tribes rush (At the time names were different than now). By order of the Russian King then an alphabet for Bulgarians is created , which is the foundation used for ALL Cyrillic languages used today :) But it all started, because BG was so strong & powerful that the Russian King realize "they need to have their alphabet, to start make their own culture not only have traditions" and so on :) Its interesting, but I think that is enough off topic :D

PS: but it's OK - Hackaday is play for Same-Minded (which incl Open and/or Free Minded) Persons to interact with each other not only on 1 topic :)

PS2: I do not have time now to check grammar as it's 01:00 am by me (GMT+2 is BG/EE as timezone) so I have to go get some sleep, new week / new challenges tomorrow :)  Be well & a lot of smiles in front of you (from other people of course, not mirrors XD) during the week and keep pushing ;) Keep developing. GL

A1. Not by wish, forced by birth, and no regrets. (I don't mind sharing specifics :) I never met anyone from Bulgaria before. I'm happy to have you here! Keep Hacking :)

OK - Allow me brother to give you hope XD We just got from rocket to UAV that goes supersonic :D I missed the fact that you need stable flight because of Images / Video taken, ALTHOUGH is more justified to leave it to people ~~~~~me who can do some DSP magic as done in Smartphones, Cameras, Professional Video Equipment - I've seen literally footage that is from fast running and then stabilized to a point where you can't be sure is that dude running or levitating :D Ahhh I just remembered - I had a link / bookmark of new tech from 2013/2014 - DSP that made a bit of a breakthrough on stabilizing Video for general folks - they've showed demos with Dog collars, Jogging people and so on :-) It was amazing, ahh i think it was related to Google or Youtube (yeah , same root :D) , but I just ma ybe wrong about the Company, it could be some other tech comp. Hmm have to check - and I hope I will find that bookmaker :D (i have a lot trust me dozens and dozens bookmakers)

C) Faith restoration in Humans - 100% Virtual Launch (i truly like this one, BUT if you ask me humans have to wake-up that even US - HUMANS (as WE) can build something AS op.A or op.B = )

PS: We've already raised some flags so trust me it's better to to make the whole dashboard of Flight Control Tower go shinny RED then to give them a chance to figure out what's happening by being cautious :D :D :D :D //that's a fact ;-)

Wow, Thanks ! That is positive, that made my day NOT only with the info you provided for people like me, who are not in so much detail about 'rocket's engines classifications' and more information, but also because of the last line on your Log :-) Thanks, Man - I haven't laughed & smile so joyful perhaps for a month or two :- )) BTW: Think about the idea to have very close to actual orbit rocket, because I remember , not sure the exact facts now - it's Sunday after all :D ; but there was direct relation between altitude & speed (i will check your other posts too ;-) because I saw there's some mentioning of that from you too :-) ) so... higher altitude has its benefits AS of course its tradeoffs on hardened design. But still I think higher altitude can give higher speed from there longer distance based on time constrains, fuel quantity , etc. :-) And in that manner I have 2 basic/beginner's books from O'Reilly (i mention this I hope :D) about PICO-Satellites and I always thought in that regard you don't need actual orbit flying Satellite - at least not if you do not intend to leave it operational for long time. I'm again distracting, my idea is - The Design that will do """sub-orbital""" (i forgot the proper term, but again it's Sunday :D) flight will be one that can be done by design that can survive orbital one, i.e in Space :-) Of course right away I give few + / positives about it's "sub-" and not in true orbit -> You are still under the protection of the Ozone and Will have LESS Sun radiation , perhaps even at minimum or none at some positions in flight; to deal with, also you will have more traction which is not a bad thing actually, for a rocket flight it's more mandatory :D that to a satellite (i think), and so on and so on. I'm sorry I don't speak in detail, but lets say that yet another buzz :P PS: I have to google if buzz + giver does not have some urban (bad) meaning :D . Again dude - Thanks for .. it's not a credit, but .... mmm ... the thanks in the end of your log :) I accept it as such and it made my day = )