In order to validate the efficacy of the proposed design we performed multiple experiments that included: 1) grasping of a wide range of everyday life objects, 2) execution of a series of daily living tasks. For doing so, we used an Arduino Micro platform [1] to control the HerkuleX DRS0201 servo motor, a custom made PCB module that connects the Arduino platform with the servo motor and the ROS package (written in Python), that we created within the context of the OpenBionics initiative.

We conducted an experimental analysis of the force exertion capability of the hand in different grasping postures. In Fig. 1, we present the relationship between the tendon displacement and the forces exerted by different combinations of fingers. As it can be noticed, by blocking different combinations of fingers we are able to maximize the force applied by the fingertips of the free fingers (for precision grasps). PIP joint has a bigger range of motion as it is implemented with 4 mm silicone sheet (to optimize Kapandji test [2]). If we want to use a grasp involving less than five fingers, we can block the subsidiary fingers and maximize the force transmitted from the servo motor to the active fingertips. 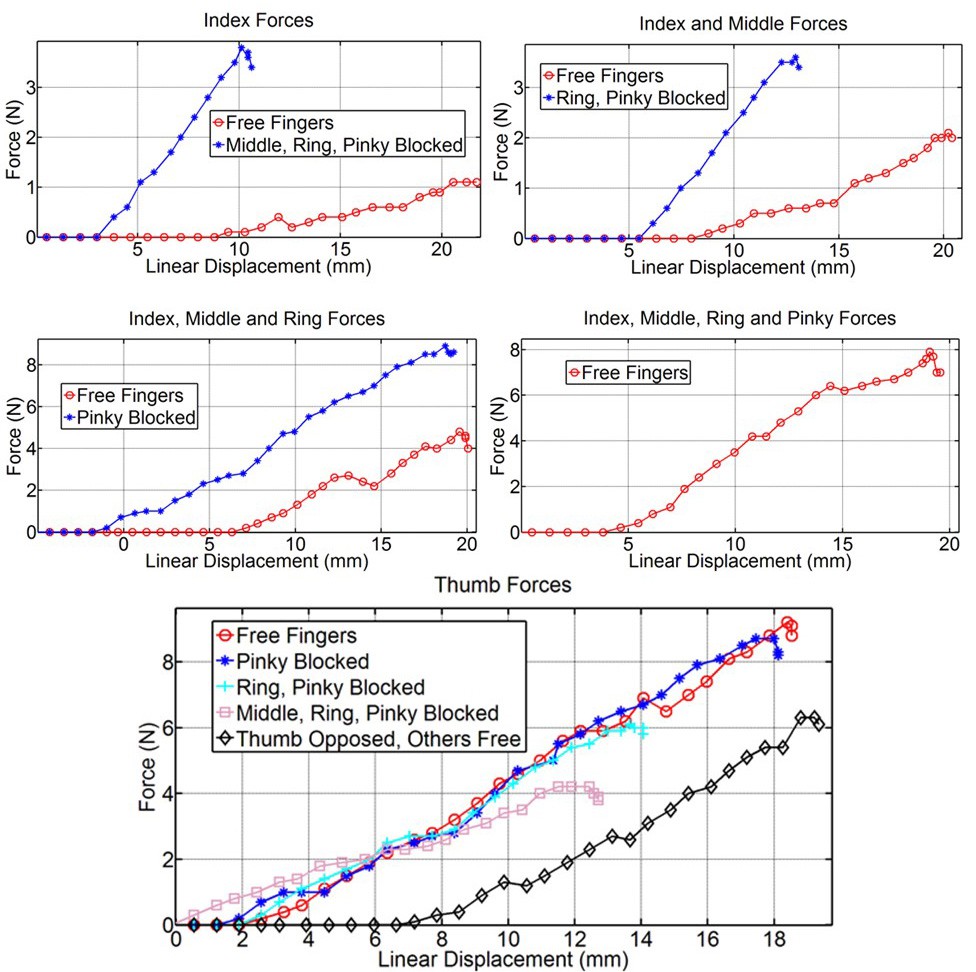 Fig. 1. Relationship between the tendon displacement and finger forces for different grasping postures.

The first set of experiments focuses on validating the efficacy of the proposed selectively lockable differential mechanism. For doing so, the user presses the different buttons locking different combinations of fingers. Such a functionality is not only important for grasping (where the user is able to choose the preferred grasping strategy / posture), but also for: 1) implementing specific gestures (e.g., making the peace sign or showing a number), 2) reaching an object located at a narrow space (task that may require less than five fingers), or 3) execute non-prehensile manipulation tasks (e.g., press a button or move a slider on a console). In Figs. 2 and 3 different postures are depicted. The motion of each locked finger is constrained by the corresponding button of the differential mechanism.

Fig. 2. Four different postures are depicted. All fingers except one are closing. The locked finger can be used to: 1) press buttons, 2) to reach something in narrow spaces, 3) to implement specific gestures or 4) to execute non-prehensile manipulation tasks (e.g., moving a slider).

Fig. 3. Four different postures are depicted. The differential mechanism allows for different grasping postures and hand gestures to be achieved. With the letters I, M, R and P we denote that motion of the index, middle, ring and pinky finger respectively, is constrained.

The second set of experiments focuses on grasping a wide range of everyday life objects, to execute daily living activities. The objects used are: 1) a mug, 2) a soap, 3) a magazine, 4) a marker, 5) a pair of glasses, 6) a large rectangular box, 7) a glass cleaner spray, 8) a 1.5L bottle of water, 9) a glass of water and 10) a spoon. Regarding the daily living tasks, the hand is used: 1) to serve water from a 1.5L bottle to a glass, 2) to stir the water inside the glass with a spoon and 3) to position a series of tools to their cases and put them inside a rectangular box. Instances of the conducted experiments, can be found in Fig. 4.

All experiments were recorded and the video can be found (in HD quality), at the following URL: http://www.openbionics.org/videos/