According to https://nurdspace.nl/ESP8266#Ultra-low_power_technology in deep sleep the ESP8266 needs 33mW and ~ 660mW while transmitting, so if I can use a 95% duty cycle then the average might be 65mW. Very roughly...

Again, very very roughly, because I haven't yet sat down and performed all the calculations including charge time at peak sunlight (2.4V @ 80ma), through the protection diode, taking into account the capacitor needs a current limit resistor, etc. plus current for the actual load.

I'll probably do those properly eventually, but in the meantime I am building a datalogger to gain an empirical understanding of how the MSP430-SOLAR coupled with a 25F supercap deals with a 70mW load such as the ESP8266 might apply. This will give me some concrete results incorporating all the various inefficiencies, etc. - though still an approximation.

The data logger will log over 24 hours the solar cell / supercap voltage, plus the regulated 3v3 line, to gain an understanding of how low the supercap can discharge before the stepup / regulator flakes out.

Then I'll repeat with a real ESP8266 instead of a resistor...

(OTTOMH 95% charge is three time constants, or 25F, using a 68ohm current limit, or 85 minutes from empty to charged in full sunlight. Maybe. From the other end, at 75mW I ended up with a quadratic which is probably wrong given the time of night, but if we assume the supercap charged to 1.6V then the equivalent load is 397 ohms. Maybe. For a discharge time constant of 3.22 hours predicted, which is only part way through the night. So we shall see...) 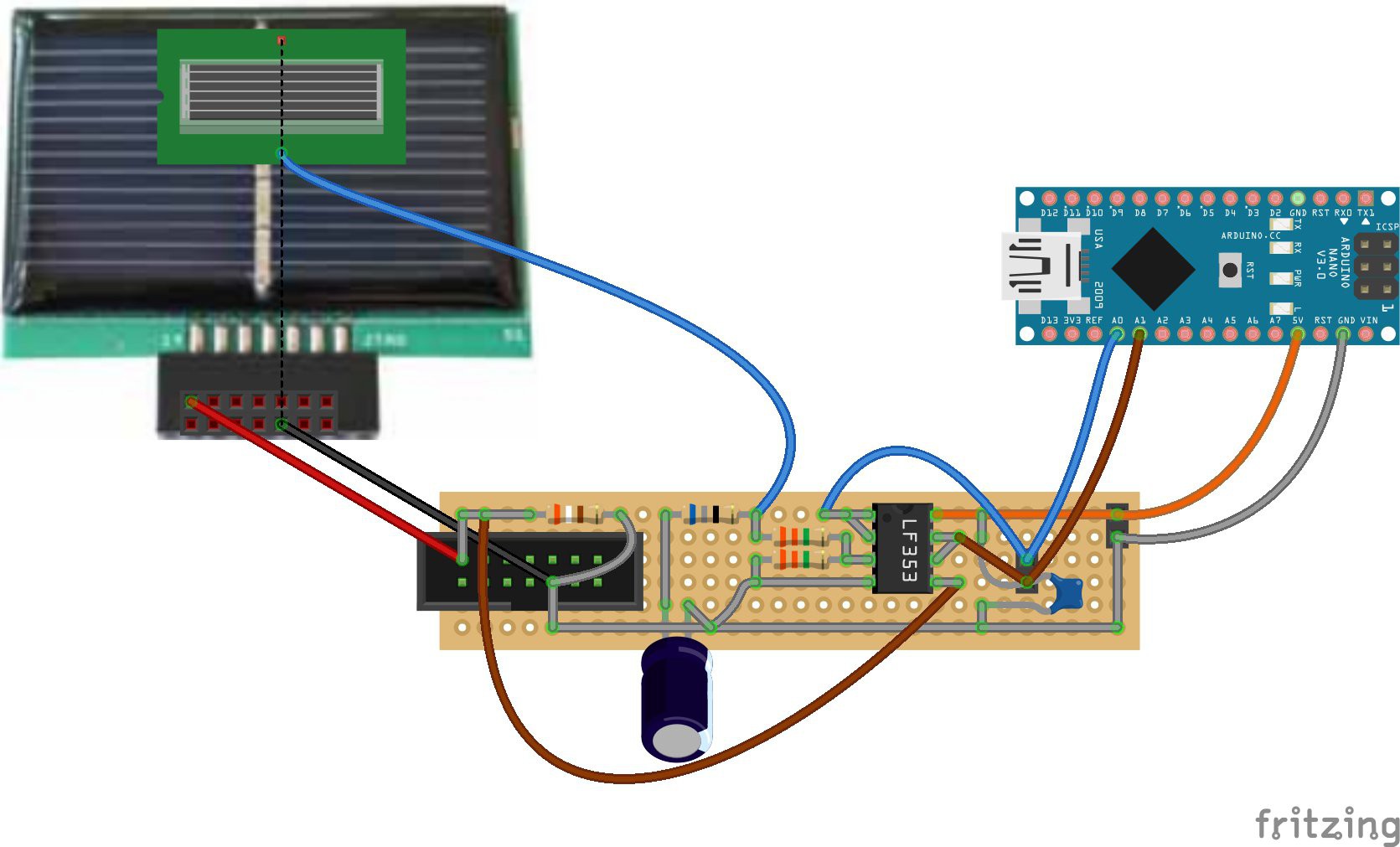