So today the local weather skipped right over spring and surged into summer, the dial in the car showing 30C, so we picked a great day to finally get out and see how well these inair9 radios would really work. 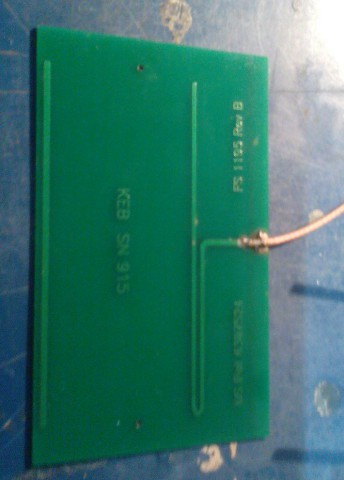 We deployed this with a Sentrifarm module with the firmware modified to be a TX beacon. In this case it was a carambola2 with no sensors (or enclosure for that matter :-) 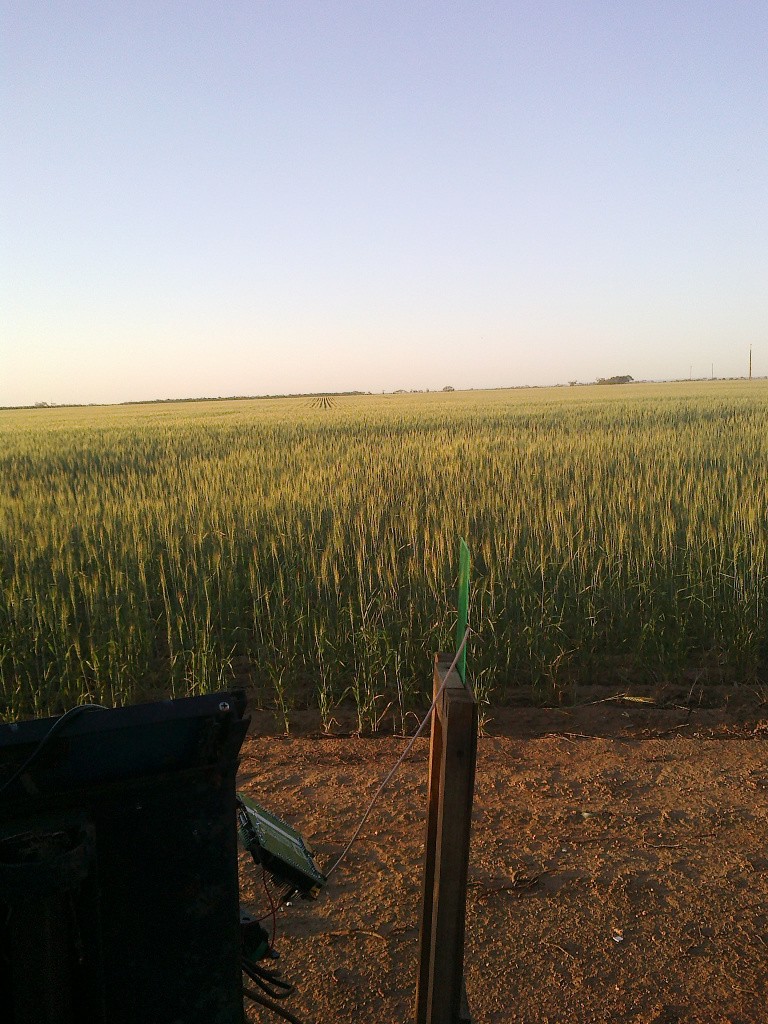 Take note on the horizon, the long dark green patch in the left half is a scrub block about 2km away...

Then we got in the car, using a Sentrifarm leaf node powered from my netbook and recording receipt of the beacon with timestamps and radio SNR data. Kim had a GPS logging on his laptop. 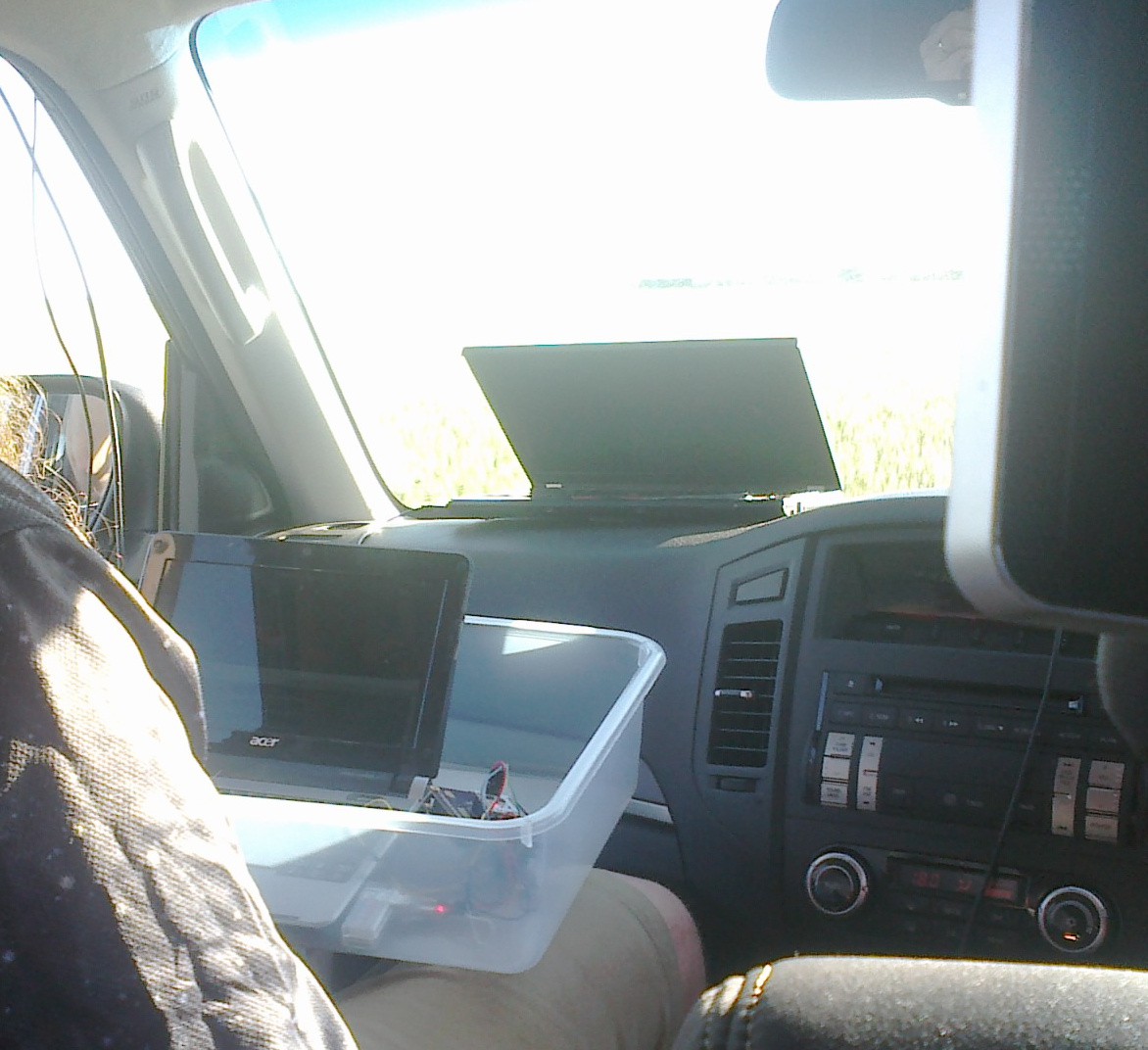 As we drive along we hold the antenna out the window. 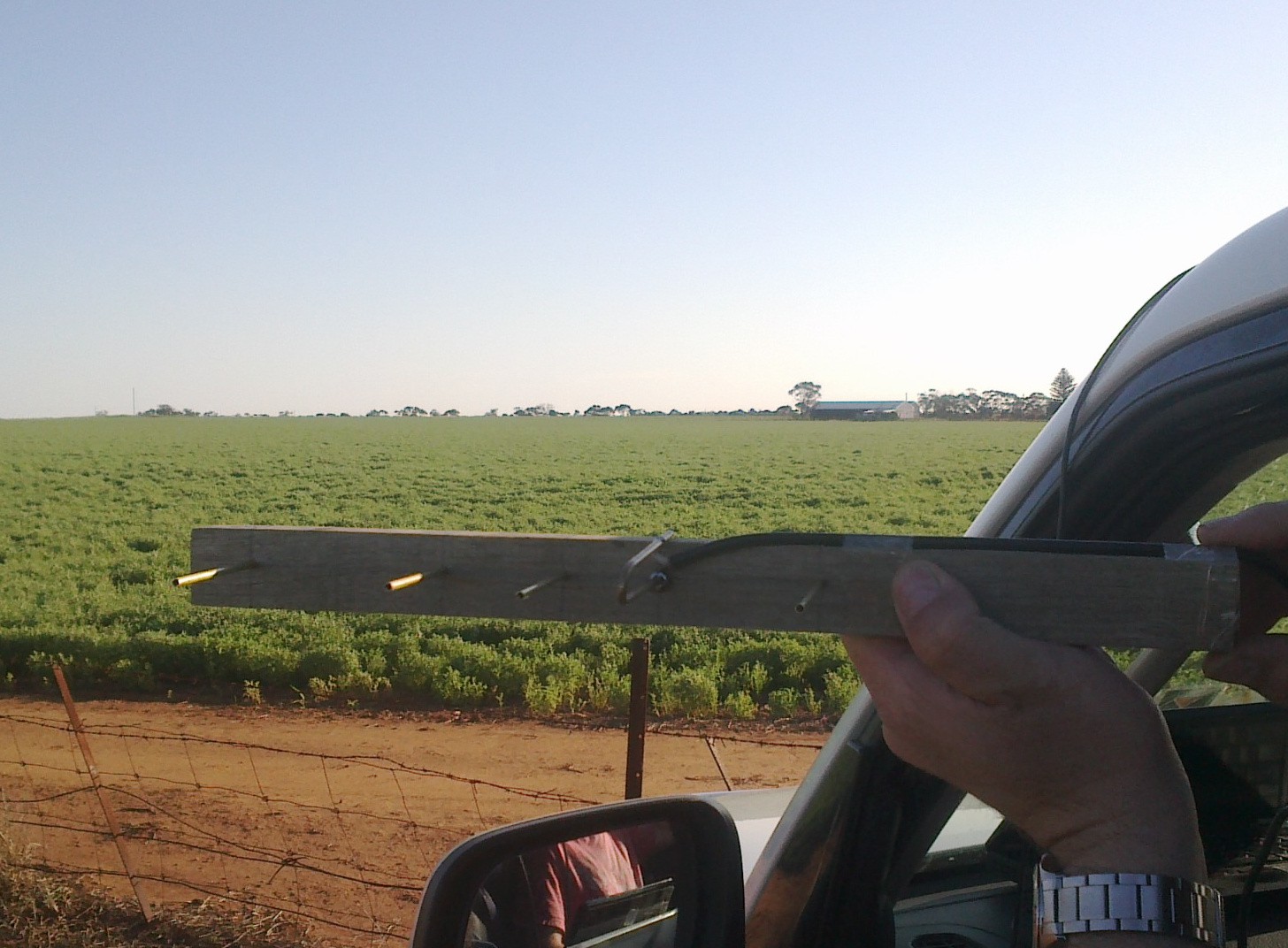 Before we left, while I was still mucking around with last minute firmware tweaks, Kim made a high gain directional Yagi from brass and scrap wood & tape. He's pretty good with antennas! 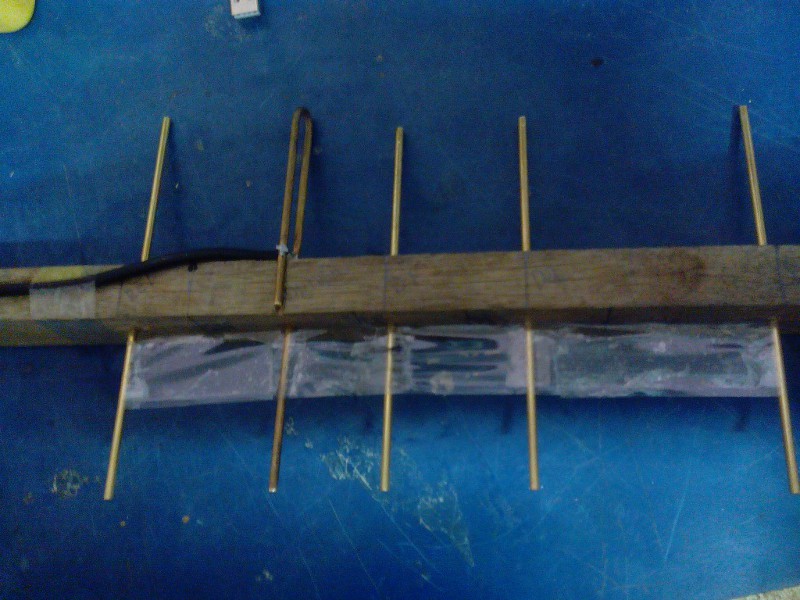 So we drove around the test paddock. It turns out the radios perform pretty well. We had signal all along the far side of the test paddock, not just directly in front of the TX beam, which we would have hoped, but way off of the edges. 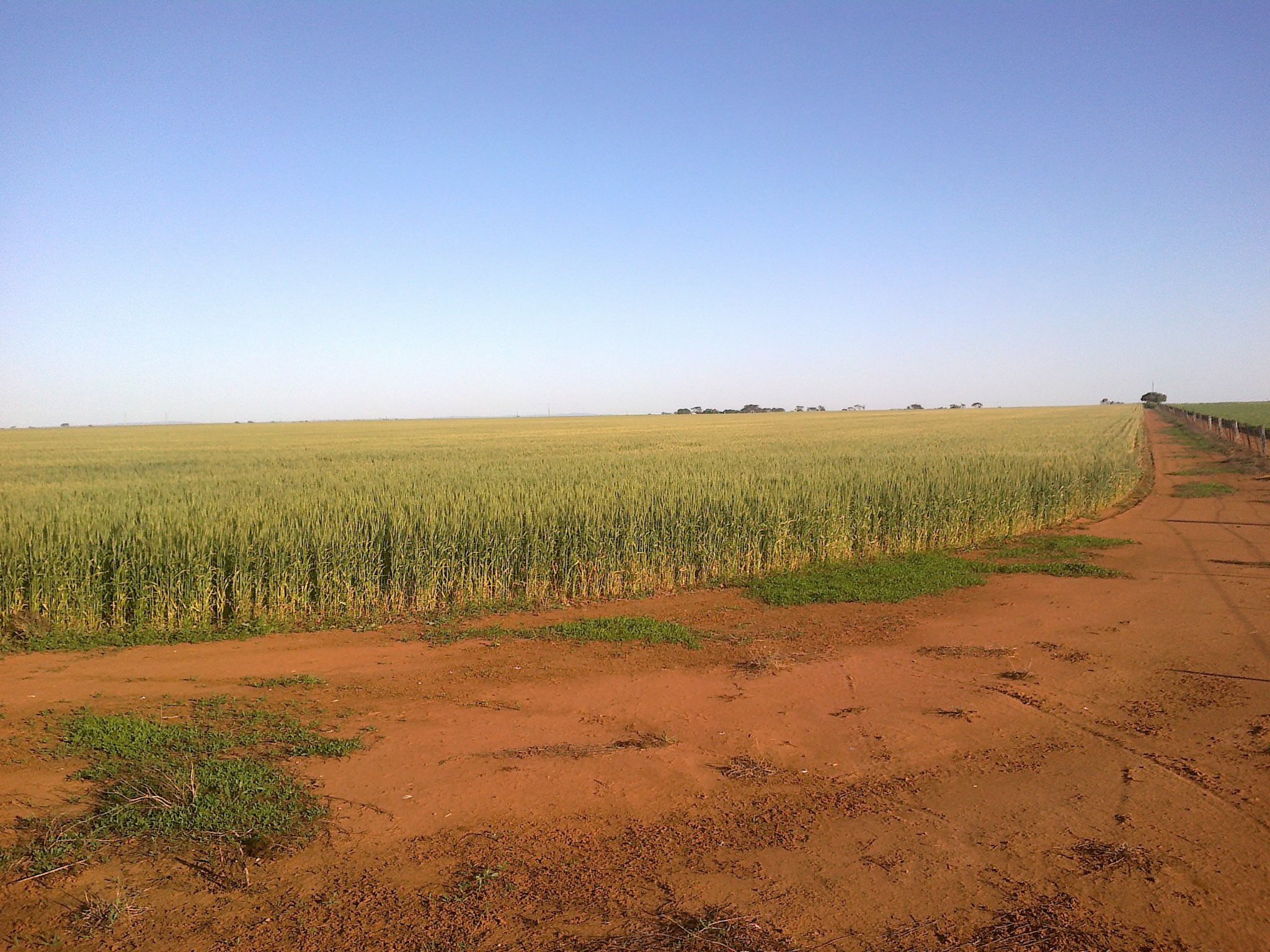 That green clump just to the right of the middle is the TX beacon site. And we were receiving the beacon just fine at this point. This was already a great result, around 1200m from the beacon.

We could have packed up and gone home right now, well satisfied...

Up towers and through scrub!