An attempt to recycle the water wasted during the warm-up period at the start of a shower.

My initial pseudo-schematic showed a 3-way valve to divert the water to the holding tank. After a little research, it became obvious that this would be an expensive piece. I thought I would test another method to see if I could save some money. The thought was to simply use a 2-way valve on the back side of a tee... My concern was that water may come out of both the shower head and the open valve. I assumed that the distance "d" would have an effect on how much water came out of the shower head. So I ran a little test.

First I removed the shower head, and adapted the 1/2" npt threads to some 1/2" flexible tubing. 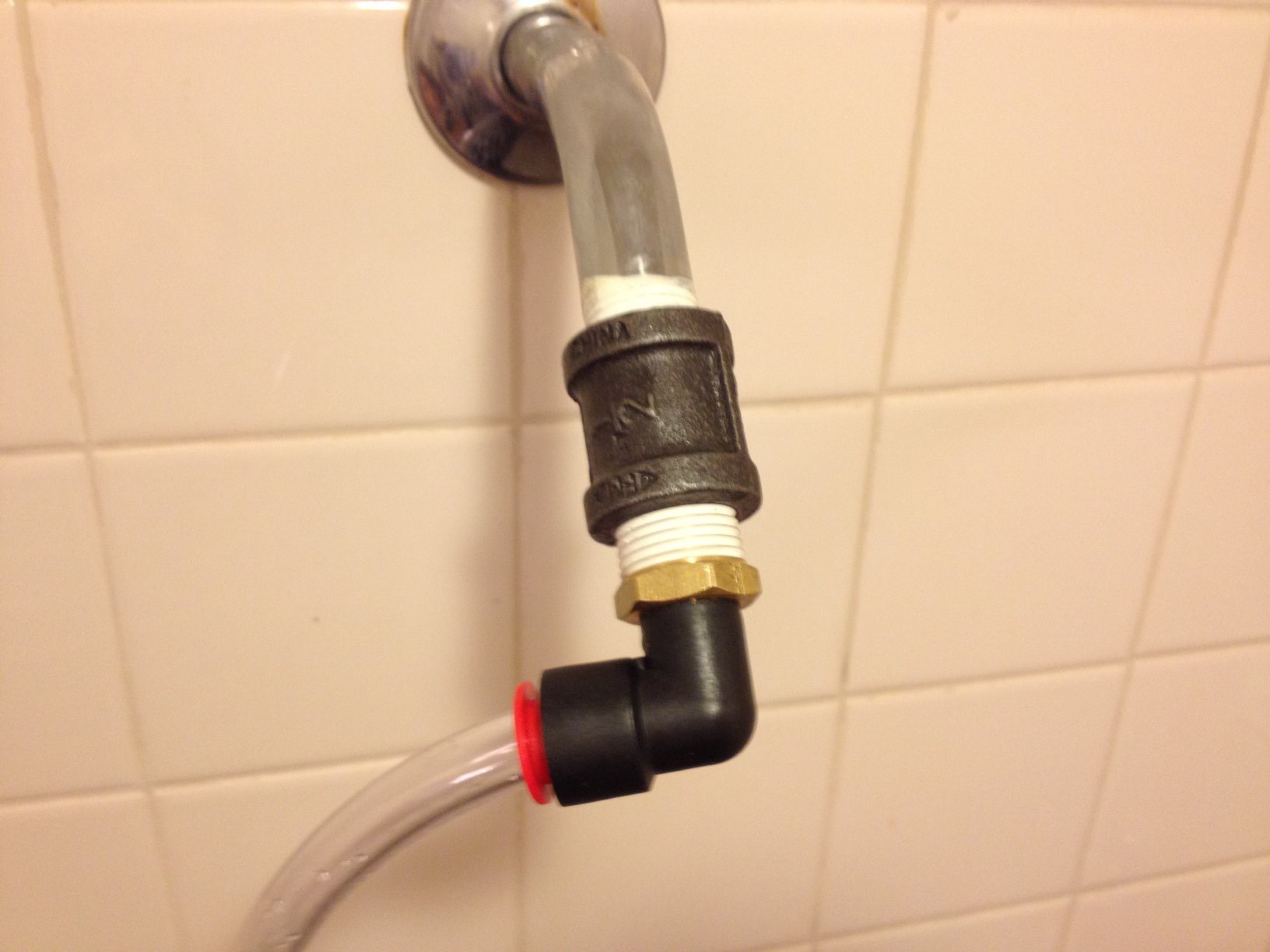 The tubing ran to a tee fitted with a valve.... 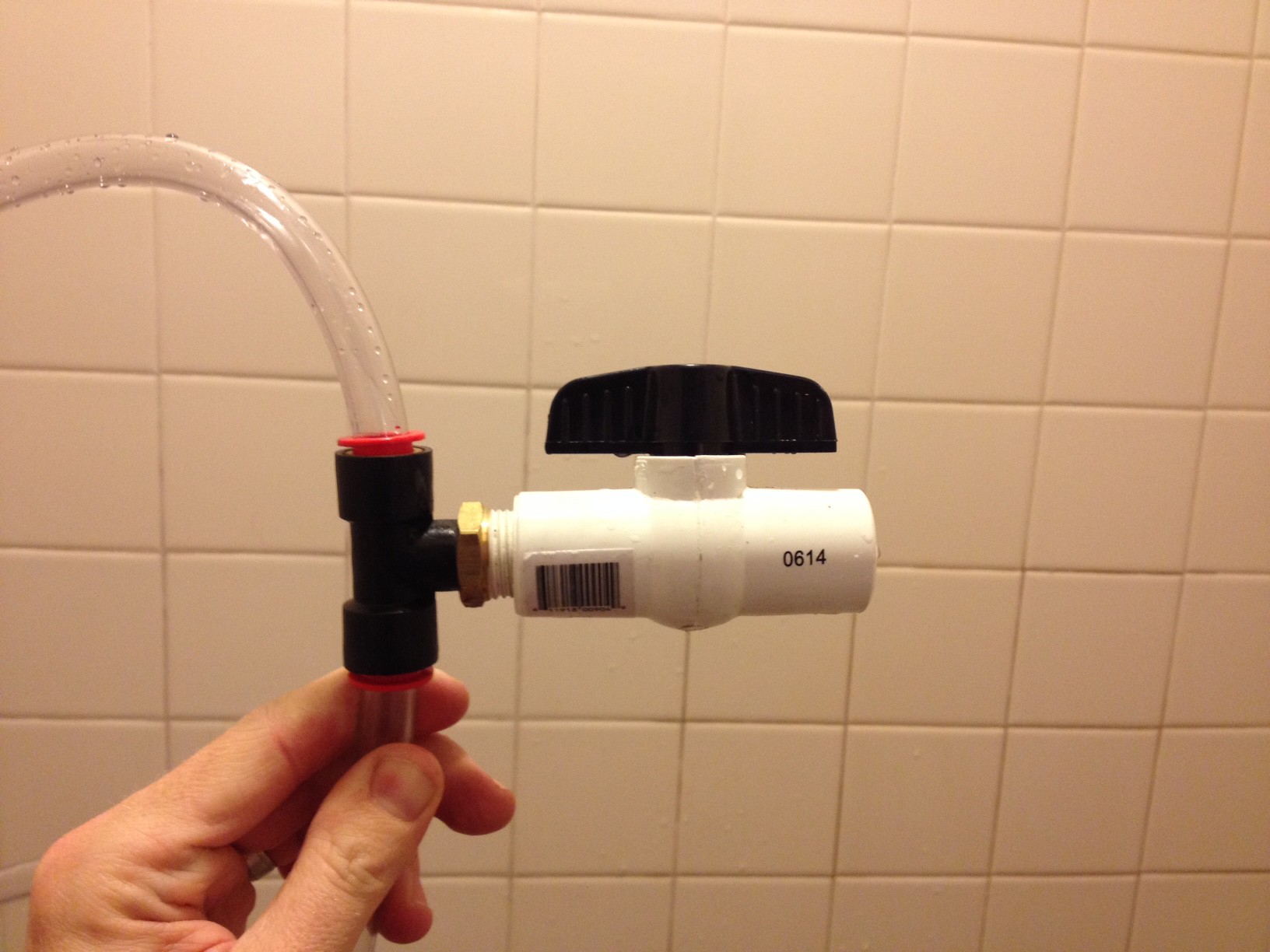 then back to the shower head (yes that is electrical wire holding the head on). 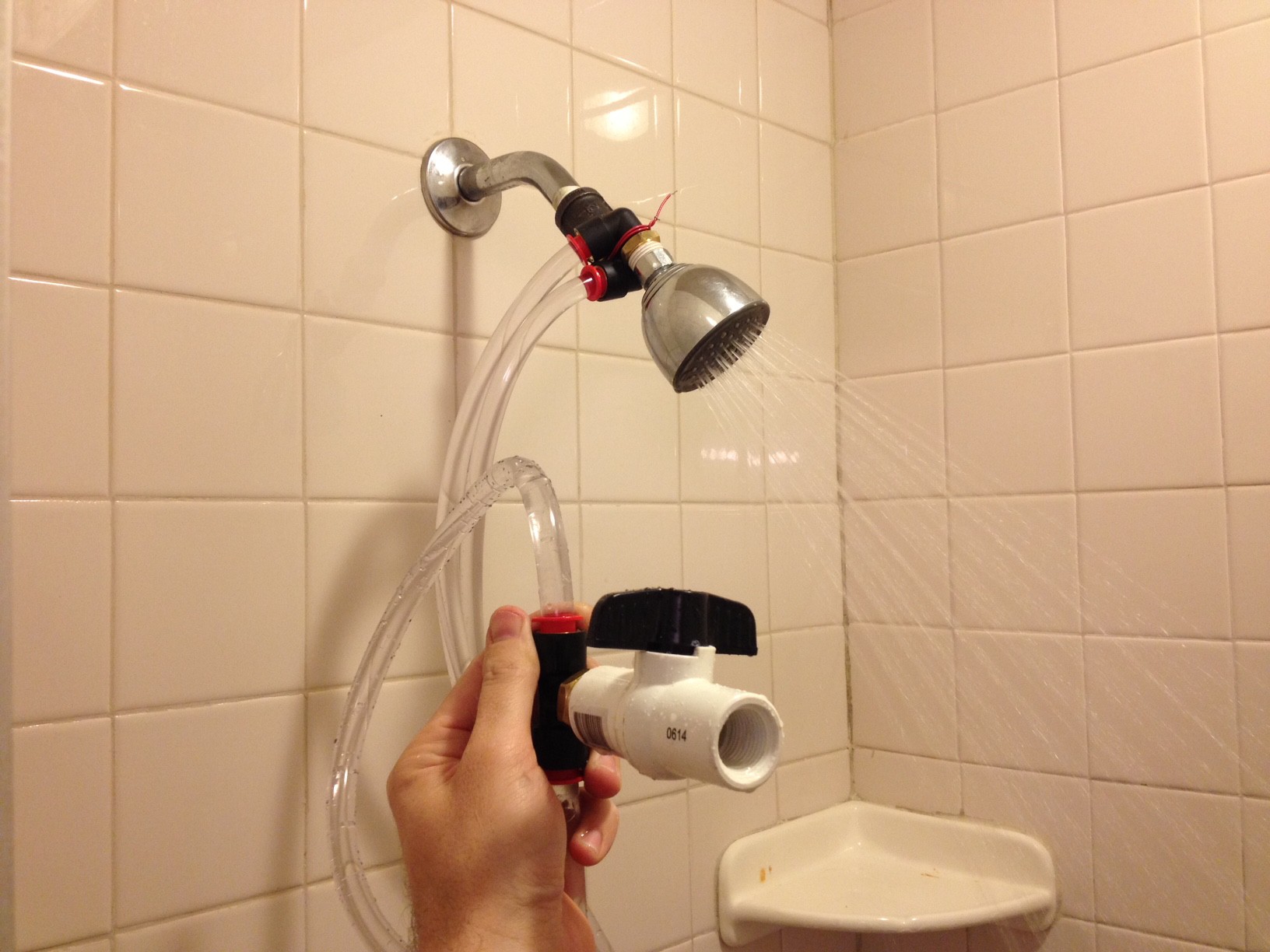 When the valve was closed, the shower operated normally.

When the valve was open, most of the water came out of the valve. 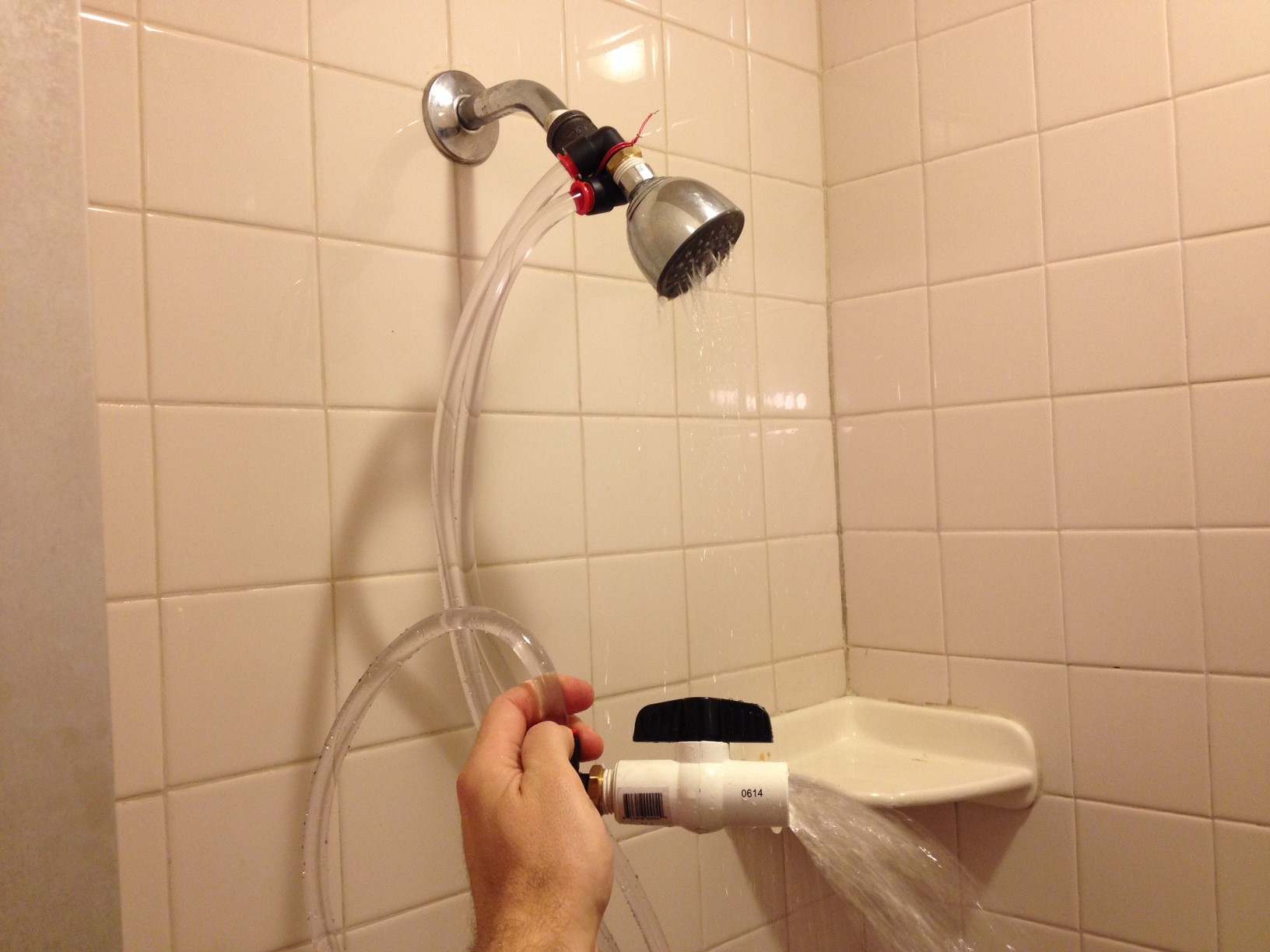 As I varied distance "d", more or less water would come out of the shower head. I had to put the valve 3 feet below the head to stop the flow altogether. This means that my reservoir should be as low as possible (but still above the toilet tank) to save as much water as possible. This testing also varified that a 1/2"valve should work fine.

The next step will be to get some solenoid opperated 2-way valves and start automating the process.